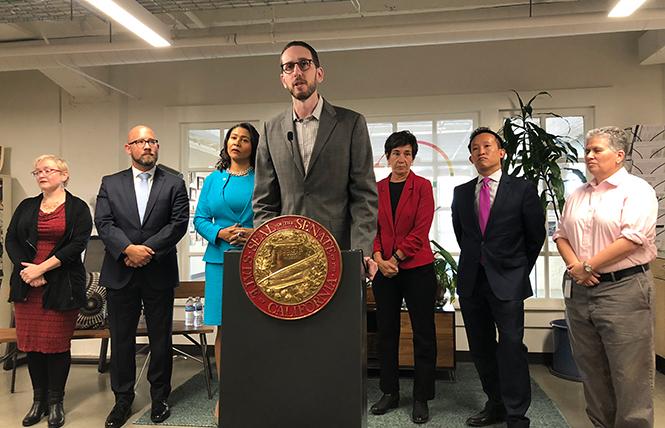 While his bills aimed at addressing California's housing crisis are expected to be some of the most closely watched legislative fights this year, gay state Senator Scott Wiener (D-San Francisco) will also be pushing to pass legislation focused on LGBT issues.

He plans to revive his bill protecting transgender inmates in state prisons after it was quietly killed in the Legislature last summer. Known as the Dignity and Opportunity Act, it would have required that incarcerated transgender people in California jails be referred to by their preferred pronouns, gender, and name.

Numbered Senate Bill 990 last session, it would have allowed inmates to specify their gender identity, first name, and gender pronouns during the intake process at all jails and prisons run by the state. All employees and staff of the correctional facilities would have been required to use the information.

Wiener continues to argue that the bill is needed because transgender women, in particular, are frequently housed with male inmates, leading them to be victimized and then placed in solitary confinement by prison officials for their "own protection." But once there, they are denied critical services.

It wasn't the change in policy, but the costs to implement it, that killed the bill, noted Wiener during an editorial board meeting with the Bay Area Reporter in December to discuss his legislative priorities for 2019.

"It got all the way to the end but died in Assembly appropriations not because of opposition to the bill but because of significant cost attached to it," said Wiener.

As the B.A.R. noted in September, the California Department of Corrections and Rehabilitation had estimated it would cost it $65 million annually to implement Wiener's bill. A fiscal analysis conducted for the Assembly Appropriations Committee also estimated there would be a "significant onetime" cost ranging from "tens of millions to potentially hundreds of millions of dollars" because the state agency would need to "build space for the required programs to operate within administrative segregation units." 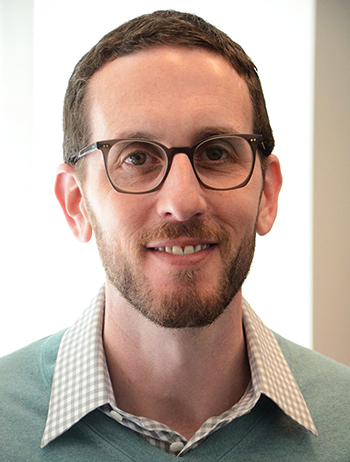 "We have to work through that, so we have been working with advocates and national transgender advocates who do prisoner work," said Wiener. "We are going to recraft that bill and reintroduce it."

Another bill Wiener plans to introduce this year would prevent gay male adolescents from having to be listed on the state's sex offender registry. He aims to include a "Romeo/Juliet" clause for gay teenagers so they are treated similarly to their heterosexual counterparts.

Under the current law, if an 18-year-old boy has sex with a 17-year-old girl he can be prosecuted for statutory rape. But if he is convicted, the boy does not need to register as a sex offender, noted Wiener.

For several years now Wiener has looked at making sure the provision in state law that exempts straight couples where the adult is within three years of age of the minor from having to register as a sex offender applies to gay or lesbian couples. When asked how many gay teenagers are on the state's sex offender registry, Wiener said it is unclear.

"We don't know that. The data is really hard to come by," he said. "We are doing that analysis but it is unknown."

He already passed a bill that, come January 1, 2021, will create a three-tiered system for the state's Sex Offender Registry with registration periods of upward of 10 years, 20 years, or life. The bill allows those on the registry who were targeted and arrested by police under former statutes that criminalized homosexual sex between adults, such as stings using undercover cops in public parks or at highway rest areas, to petition to be removed from it as of January 1, 2022.

The bill also restricted the amount of time juveniles can be on the registry to five or 10 years. Yet, having to be on it for a decade will still have "a significant impact on someone's life," noted Wiener. "In my view juveniles should not be on it at all, but you can't get everything."

HIV
Another area Wiener plans to focus on this year is HIV. He said he has been working with HIV advocates on ideas for how to expand access to PrEP, the once-a-day medication that prevents the transmission of HIV in people who are negative. It is seen as a crucial element in plans to end new cases of HIV in the state.

And Wiener is also aiming to expand easy access to HIV testing in California. Ensuring people know they are HIV-positive and get on treatment to suppress the virus is another important pillar in the Getting to Zero strategy.

"In the bulk of the state it is still not easy to get an HIV test," said Wiener.

Intersex surgeries
Last year, Wiener was successful at having his legislative colleagues adopt a resolution calling on medical professionals to discontinue the use of sex assignment and normalizing surgery performed on intersex infants. Intersex people are defined as those born with any variation of reproductive or sexual anatomy characteristics including genitals, chromosome patterns, and sex hormones.

Surgeries that decide the infant's sex at birth are still being performed in California and around the country, despite medical evidence of physical and psychological harm. Now, Wiener is in talks with advocates within both the LGBT and intersex communities about authoring a bill that would outright ban the procedures.

Because such a bill would likely be hard to pass, Wiener said he took to heart the advice he received last year from lesbian Senate President Pro Tem Toni Atkins (D-San Diego) to take a go-it-slow approach to the issue. He recalled that she suggested he first introduce the nonbinding resolution as a way to educate lawmakers and the public about the topic.

One bill he co-authored with outgoing gay state Senator Ricardo Lara (D-Bell Gardens), who will be sworn in as the state's insurance commissioner Monday afternoon, would do the rare feat of providing rights now only available to same-sex couples to more heterosexual couples.

The legislation, SB 30, would drop the age requirement for straight people to become domestic partners. Currently, a man and a woman can only enter into a domestic partnership if they are 62 or older, while same-sex couples 18 years of age or older can do so.

The bill would allow any couple, whether they are of the same sex or opposite sex, to be domestic partners as long as they are not related by blood, not already married or in a domestic partnership, and at least 18 years of age.

"The reality is some people don't want to get married but want the legal protections for them and their kids," explained Wiener.

Other legislative efforts
Wiener will also be reviving several other bills addressing non-LGBT specific concerns that either stalled in the Legislature or outgoing Governor Jerry Brown vetoed.

Working once again with lesbian Assemblywoman Susan Eggman (D-Stockton), Wiener plans to reintroduce their legislation allowing San Francisco to pilot a safe injection site where intravenous drug users would be able to inject drugs under medical supervision and be connected to services to wean them off their addictions. The bill faces stiff opposition from federal officials, while Brown vetoed the legislation in October, despite pleas from San Francisco Mayor London Breed to allow it to become law.

"I love the governor but he went a little hog wild with his vetoes this year," said Wiener, noting that Governor-elect Gavin Newsom "has expressed more positive comments about it. But we have a number of new members this year in the Legislature so we will have to do some work to get it passed again. But I am cautiously optimistic."

He already re-introduced legislation Brown vetoed last year that would exempt programs donating medical cannabis for free to low-income patients from paying state taxes. Now known as SB 34, it would address an oversight in Proposition 64, which legalized the sale of adult use cannabis but added new taxes to programs donating medicine.

"This one I was particularly unhappy with his veto," said Wiener. "These programs are closing down now. So I put an urgency clause in it, where if it is gets a two-thirds vote of support it goes into effect when the governor signs it."

One revived bill that could benefit LGBT-owned bars is Wiener's SB 58 known as the LOCAL Act, which stands for Let Our Communities Adjust Late-Night. It would usher in a five-year pilot program allowing nine cities in the state to decide if they want to extend the sale of alcohol at bars, nightclubs, and restaurants (but not liquor stores) to as late as 4 a.m.

If passed, then the mayors or city councils in San Francisco, Oakland, Los Angeles, Sacramento, West Hollywood, Long Beach, Coachella, Cathedral City, and Palm Springs would be empowered to approve the later hours. Wiener and backers of the legislation argue it will not only bolster business at late-night venues but also address the public safety problems cities currently face when bars all shutter at 2 a.m. and their patrons leave en masse.

"SB 905 would allow cities with nighttime entertainment districts to extend their hours of alcohol service to 4 a.m. with appropriate regulations to address potential neighborhood impacts," stated gay West Hollywood Mayor John J. Duran. "West Hollywood has always been an exciting place for southern California nightlife and entertainment. We should work with our residents and chamber of commerce to keep West Hollywood as a major tourist destination."

Brown vetoed similar legislation last year, saying it would cause more problems for public safety officials than it would solve. In 2017, the bill had died in the Assembly Appropriations Committee.

"Three time's a charm," said Wiener, expressing his hope that Newsom, a nightlife impresario himself, will be more favorable to the legislation.

Wiener, named last month chair of the newly created Senate Housing Committee, is also bringing back his bill to allow for denser housing development near transit stations. It was killed in committee last year due to fierce opposition over its loosening of local zoning rules.

After adding in protections for renters, such as any building that has been occupied for seven years can't be torn down to take advantage of the bill, Wiener is hoping to attract more support this year. He also noted that the bill would not apply to a building where there has been an Ellis Act eviction in the last 15 years.

It is just one of several bills Wiener is the lead author on or co-sponsoring this year aimed at tackling the Golden State's housing crisis. And like last year, it is likely to face vocal opposition from leaders and residents across the state.

"California's housing problems are massive, but we can right the ship," wrote Wiener in a recent email to his constituents. "I'm committed to continue our important work to ensure that all Californians have a place to live."