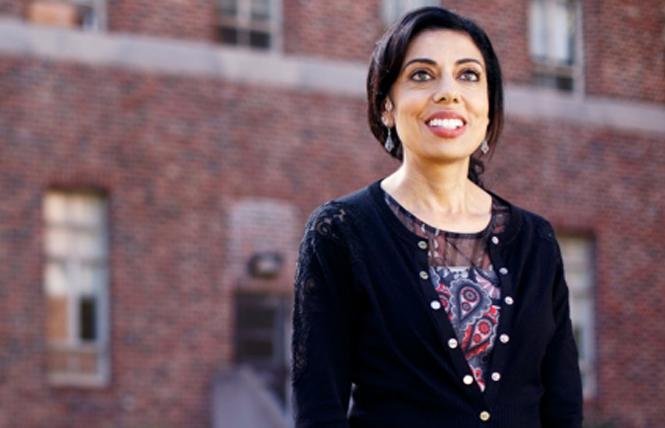 Global HIV advocates plan to hold an alternative meeting in Mexico City to coincide with the International AIDS Conference in July 2020, as organizers of that confab decline to move it out of the Bay Area.

The International AIDS Society selected San Francisco and Oakland as joint host cities for AIDS 2020 in an effort to highlight San Francisco's pioneering role in the response to the epidemic, as well as the ongoing disparities between the two sides of the bay.

Opponents cite the Bay Area's high cost and logistical difficulties, but have mainly focused on the United States' exclusion of key affected populations, which they say has worsened under the Trump administration.

"It is irresponsible to put on an event of this size in a country that is inhospitable to people most affected by HIV and AIDS," said George Ayala, executive director of MPact Global Action for Gay Men's Health and Rights, which is headquartered in Oakland. "[The IAS] decision to move ahead with a conference in the U.S. suggests a willingness by mainstream HIV actors to tolerate discrimination [against] people from Muslim, African, Caribbean, and Latin American countries, people who use drugs, sex workers, and transgender people."

IAS organizers continue to maintain that the Bay Area is an appropriate location for the conference.

"We will continue to warmly welcome all of those in the HIV community to join us in the Bay Area on July 6-10, 2020, and emphasize again how it offers opportunities to strengthen our efforts in eradicating the virus, shine a light on barriers to doing so, allow us to vociferously advocate for policy changes in this country and others which are exclusionary, advocate for more resources to be brought to the epidemic, and come together in celebration of success and sober assessment of the work that remains," conference Co-Chair Monica Gandhi, medical director of Ward 86 at Zuckerberg San Francisco General Hospital, told the Bay Area Reporter.

No safety plan
The International AIDS Conference started in 1985 as a small gathering of researchers and public health officials in Atlanta, home of the Centers for Disease Control and Prevention. The conference last took place in San Francisco at the height of the epidemic in 1990, setting the stage for a week of protests by activists who felt governments and the medical establishment were not doing enough to stem the disease.

The 1992 conference was slated for Boston but was moved to Amsterdam due to a U.S. policy barring HIV-positive visitors and immigrants. Former president Barack Obama lifted the ban, enabling the IAS to hold the 2012 confab in Washington, D.C. But the U.S. still has visa restrictions barring sex workers and people who use drugs, which led those groups to arrange alternative meetings in India and Ukraine.

The political climate has only worsened since 2012. Last year the Trump administration restricted entry for people from several majority-Muslim countries. More recently, the Department of Homeland Security proposed new "public charge" rules to make U.S. entry and residency more difficult for people deemed likely to require government financial assistance, which could include many of those living with HIV. And President Donald Trump and members of his administration have expressed hostility toward transgender people.

"We are deeply concerned that there is no safety plan for AIDS 2020 delegates when our political landscape seems filled with hostility and uncertainty," San Francisco Health Commissioner Cecilia Chung of the Transgender Law Center told the B.A.R. "We have heard responses from proponents of AIDS 2020 pointing out that no perfect country exists and that the U.S. is not that bad, but have organizers ever hosted the AIDS conference in a country where their key populations and minority communities are facing an escalation of hostility?"

IAS selected the Bay Area in an open bidding process that began well before Trump's election. The organization says it considered more than 20 cities, but none in the global South applied. Many countries do not have the logistical capacity to hold such a large gathering, while others do not want to shine a light on their response to the epidemic — or lack thereof. Some previous conference sites, such as Durban in 2000, were specifically chosen to challenge political policies like the AIDS denialism then prevalent in South Africa.

"The conference will bring global attention to problematic federal policies — including significant budget cuts for domestic and international HIV/AIDS programs and promotion of extreme conservative agendas that will undo progress made toward expanding civil right, justice, and equity — that fuel HIV and other health and social disparities in the U.S.," Gandhi told the B.A.R.

Debate heats up
The debate about the 2020 location heated up at this summer's International AIDS Conference in Amsterdam, which drew more than 15,000 delegates. As opponents staged protests, Congresswoman Barbara Lee (D-Oakland) said that holding the conference in the Bay Area would offer an opportunity to challenge exclusionary U.S. policies.
Since then, IAS representatives and a growing coalition of advocates have traded open letters defending their positions and stating their concerns.

"The Bay Area has been at the forefront of advances from basic science to treatment and prevention breakthroughs and has been at the frontlines of advocacy, fighting back against unacceptable policies," the AIDS 2020 Conference Coordinating Committee wrote in October. "Through the unique partnership of Oakland and San Francisco we can show two sides of the same coin — the successes that San Francisco has had and the struggles that Oakland is still facing."

In another letter, IAS officials and the conference co-chairs, including Gandhi and Cynthia Carey-Grant, former executive director of Women Organized to Respond to Life-Threatening Diseases, acknowledged that there are "red lines" that would necessitate a location change, including reinstatement of an HIV travel ban or "government-sanctioned violence such as the use of military force."

"Until those circumstances happen, however, we commit to working ceaselessly with political leaders in the lead-up to the conference to ensure all those who want to participate are able to attend," they wrote.

Feeling their concerns have not been adequately addressed, a coalition of advocates dubbed the HIV2020 Alliance announced this week that they will hold a concurrent event July 6-8, 2020, in Mexico City — HIV2020: Community Reclaiming the Global Response.

"HIV2020 will be a community-centered, key population-led, interdisciplinary, intersectional, and sex-positive event," according to the announcement. It lists several aims, including "build[ing] safe and friendly space for the equitable exchange of information, knowledge, experiences and expertise by ensuring diverse voices are heard and reflected" and "promot[ing] community-led solutions and good practice in sexual health and human rights."

Not all advocates are opposed to the choice of location, however. More than 30 local HIV groups supported the San Francisco/Oakland bid, according to the IAS. In November, the national advocacy group AIDS United decided to not take a stand against the conference location.