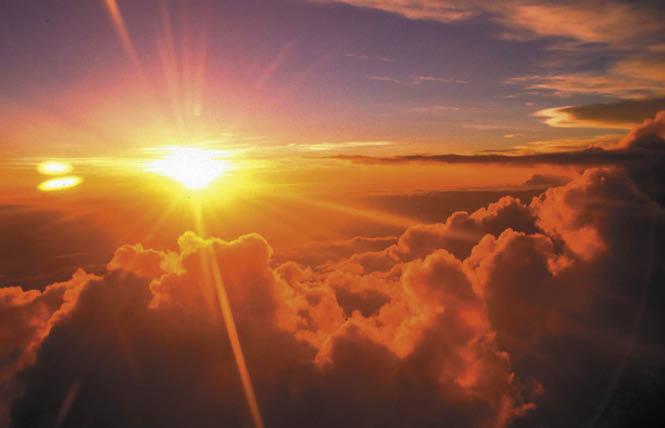 By the time this column reaches you, the confetti will be swept out of Time Square and the Rose Bowl Parade floats will exist as only a memory. Nevertheless, we shall still be feeling the effects of the previous year.

In 2017, we witnessed the Trump administration - as it enacted travel bans focused on predominantly Muslim countries, threatened Dreamers, and continued to try to forge ahead on a border wall - take aim at transgender people.

The administration pushed for judges who are anti-transgender, even one who claimed transgender people were a part of "Satan's plan." It also instructed the Centers for Disease Control and Prevention to not use the word "transgender" in its documents. The Justice Department instructed its attorneys that the law doesn't protect transgender employees from discrimination and that the 1964 Civil Rights Act doesn't protect people based on gender identity.

Most notably, the administration worked to discharge active duty transgender people from the military, bar new transgender recruits, and halt the medical treatment of transgender people within the armed services.
This is only scratching the surface, of course. There were dozens of other steps, large and small, that impacted transgender people directly, and plenty of others that will affect trans folks as they hurt all marginalized people in the country.

We did start to see gains elsewhere last year, with bathroom bills losing traction in state legislatures. Most notably, a threatened pair of anti-transgender bills in Texas stalled, were revived in a special session, and still failed to become the law of the Lone Star State.

In the midst of all this, we saw a record number of transgender people gain elected office. Perhaps most notable of these is Danica Roem, who beat Bob Marshall, a long-time lawmaker in Virginia who himself pushed the state's own failed bathroom bill. Six other transgender people won office in 2017, with many more ramping up their own campaigns this year.

Yet the climate fostered by the Trump administration casts a pall over us all. Anti-transgender violence remains at a high in spite of the waning of bathroom panics across the country. We still face bigotry from the left and right in this country and abroad, with the United Kingdom in particular becoming increasingly hostile towards transgender people.

Many of us out in the trenches are tired. We have had to fight all year, not only calling and writing our elected officials on our own behalf, but standing for the rights of everyone oppressed by a hostile government. It is, nevertheless, a testament to the strength and fortitude of so many transgender, non-binary, and gender fluid activists - and all of our sibling activists fighting alongside us - that so many of us survived 2017.

Now, having turned our calendars to the New Year, it becomes all the more important that we do more than just survive the next 12 months. We need to win, and we need to thrive against all the odds.

As we fight, though, we need to keep our focus. There are plenty who are willing to keep us tired, and outraged, and unfocused. We need to keep our wits about us and avoid being baited and trolled. We know what we have to do, and we need to remain on target. Those who seek to do little more than provoke us only have as much power as we cede to them: let us give them as little as we can.

We cannot, and should not, lose the fights ahead. We will need to work to protect every unalienable right we are afforded. It is all the more vital that trans and other organizations step up the battle, and push back hard. We need to do all we can to not give our enemies a single inch - or at least make them pay dearly for any they do get. Like Bob Marshall, the bigotry of others should come at a high cost to them.

All that said, we also should not lose sight of what we're fighting for. We need to be there for each other and find our joy when we can. We need to make sure that we can thrive, even as we struggle against our anti-transgender foes.
Finally, I want to remind everyone of one important thing: we have come a long way. In my lifetime, we've gone from an era where transgender people were viewed as criminals just for expressing ourselves. We have survived an era where we were a medical curiosity, forced through the hoops of gatekeepers who were more interested in their own biases than in our care.

We've come from a place where non-transgender politicians would never have stood up for us, to a time when an increasing number of politicians are transgender. We shall not go quietly.
In 2017, we survived, a tough sprig that somehow thrived to take root in spite of everything. In 2018, we will grow, we will stand resolute, and we will bloom into something beautiful and strong. What's more, we shall not stand alone, as others stand alongside us, and push back against hatred, bigotry, xenophobia, racism, and the myriad ills we face today.

The next time the ball drops and marching bands take to Colorado Boulevard, we will be legion.

Gwen Smith won't back down. You'll find her at www.gwensmith.com.