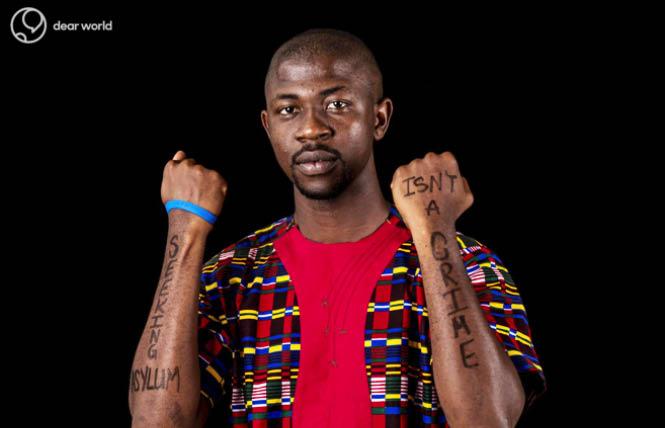 President Donald Trump's administration reduced the number of refugees allowed into the country for 2019 to 30,000, a historic low, and also placed a ban on the southern border processing of asylum claims, leading to more detention of migrants at the border. But the strategy it's following is still not the best way for handling refugees and migrants, as the European migration crisis in 2015 proved.

I've argued against this strategy. In my book and podcast, I explained how detention centers are being operated, the cost of detaining migrants, and how the administration's use of detention centers punished and deterred migrants from approaching the borders. (To be clear, I did fundraising for the efforts to house homeless migrants, just as I also advocate for migrants to have access to housing.) Learning the right lessons from the 2015 European crisis is key for the United States as it looks ahead to creating new policies.

Over the past 40 years, the United States model for detention of migrants has grown to become a worldwide standard for keeping migrants. Detention of migrants costs the country financial burden. There are also often inadequate services for migrants who are fleeing violence and may be experiencing post-traumatic stress disorder from the countries they are leaving.

Conventional wisdom dictates that isolation leads to mental health issues. Anxiety and depression compound PTSD and can lead to unhealthy behavioral patterns from the migrants detained.

Using the European 2015 migration crisis as an example: migrants, refugees, displaced, and stateless people found out it was taking longer to resettle, so they decided to move in a caravan themselves to look for a new home. Over 5 million Syrian refugees fled in caravans and are spread in European cities. The resettlement of displaced migrants has been a burden on countries that are close by to the countries where war and natural disasters are taking place. A typical example is that one in five Lebanese is a Syrian refugee. This is a burden on Lebanon, which is a middle-income country. Imagine 60 million refugees in America — that would be a burden on the American economy.

The United States is also facing this same scare by not paying attention to the problems faced by Central American countries.

A 19-year-old boy in my shelter from Guatemala told me of how his family members were kidnapped. They shot his dad in front of him and raped his sister in front of him and their mother. When they managed to escape, they fled to the southern border and were detained. The teen was granted asylum but had no place to live. He was referred to a shelter and is now trying to rebuild his life with support of the community in New York City. He speaks no English and cries every day of how he misses his family. This young man, if given the choice, wants to return home just to be close to his family.

This call for the issue of representation, how media have reported the refugee crisis, and how the people who are affected by this issue have been given the opportunity to say their stories, is what led to them fleeing their countries.

The politics of today have created a divide. The large organizations that are entitled to space and power dynamics have failed in representing us the way we want our stories to be told. Many migrants have complained that the organizations asking for funds on their behalf have dehumanized their stories in the hopes of getting funds.

Yes, the strategy of making people see the real situations to make them feel empathy is ideal, but the same strategy has made ordinary citizens see us migrants as problems in their societies. The truth is, we migrants are fleeing persecution and we're looking for a place to call home just like your forefathers and parents came to the United States either fleeing tyranny, bigotry, or injustice — looking for freedom and a better life.

We're calling on the media and government to learn from the refugee crisis in Europe and prevent history from repeating itself. Representation is having people who are affected by the issue speak up for themselves, having them involved in drafting, planning, implementing, and supervising programs and policies that affect them.

Edafe Okporo is a gay man and the founder of the Pont LLC and executive director of RDJ Refugee Shelter in New York City. He is the author of "BED 26: Memoir of an African Man's Asylum in the United States."