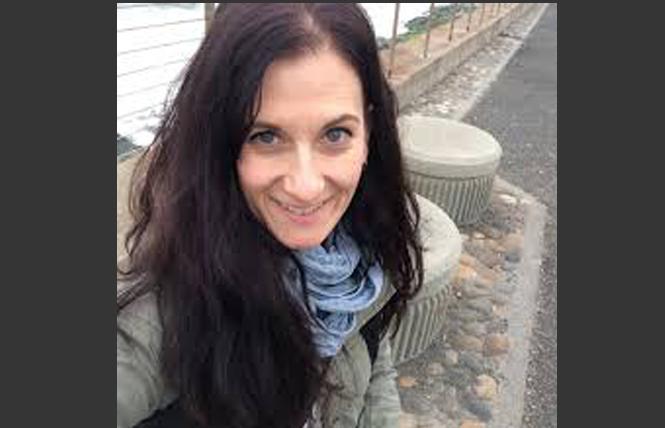 Sarah Nguyen came in first place for a seat on the Emeryville school board. Photo: Courtesy Facebook

Bay Area voters largely snubbed LGBT school board candidates Tuesday night, with only two of the nine on the ballot winning their races based on the unofficial returns.

In the East Bay, lesbian Emeryville resident Sarah Nguyen, 44, came in first place in the race for three seats on the Emery Unified School District board. It is believed the married educator who has two teenage sons will be the first LGBT person elected to the oversight body.

A teacher for 23 years in a different district who now consults on teacher training and tutors, Nguyen took the last name of her wife, Huong Nguyen, who is divorced from her previous wife she shares custody of their sons with.

According to the vote count Wednesday morning, Nguyen took the top spot among the five candidates in the race with 29 percent of the vote.

"While of course we need to wait for the secretary of state to officially certify our election, it does look like I'll have the honor of serving my community as a member of the Emery Unified School Board!" she told the Bay Area Reporter.

In San Jose, queer indigenous Latinx-Asian teacher Jorge Pacheco Jr., 28, landed in first place, with 48 percent of the vote, in his race for a seat on the board overseeing the Oak Grove School District. He will be the first out person and first Latino on his school board, and the only out education leader in the South Bay come 2019.

Their victories bring the number of incoming out Bay Area education leaders to three, as James Aguilar, 18, a gay freshman at San Francisco State University, will be sworn into the Area 6 seat on the San Leandro Unified School District Governing Board on December 11. He was appointed in lieu of an election since no one else filed to run for the seat.

Gay Franklin-McKinley School District board member Omar Torres will be leaving office after opting not to seek re-election Tuesday. And the two other out school board candidates who did run in San Jose both lost.

Ray Mueller, a gay married father, fell short in his bid for a seat on the board overseeing the Alum Rock Union School District. He landed in fourth place, with 12 percent of the vote, in the race for three school board seats.

Kristin Rivers, a lesbian married mother, also fell short in her bid for a seat on the board overseeing the East Side Union High School District. She came in fifth place with 12 percent of the vote.

All five out candidates seeking the three open seats on the board overseeing the San Francisco Unified School District fell short. Phil Kim, a gay man and charter school employee who in 2016 lost his first bid for a school board seat, performed the best with his 9 percent of the vote landing him in fourth place.

The expected winners were parents of color Alison Collins and Faauuga Moliga as well as educator Gabriela Lopez. Collins was in first place with close to 15 percent of the vote, Lopez in second with 13 percent, and Moliga in third with close to 13 percent.

Moliga began serving on the board after being appointed by Mayor London Breed last month to fill a vacant seat until the end of the year. He will begin a full term in January.

"There was so much love during this election cycle and in the end I might not have won the hearts and minds of the city, but we won the House back! Another really amazing thing is how close the lot of us BoE candidates have gotten over the past year. We will definitely keep going and help each other out in the coming year," wrote Rawlings-Fein, a bisexual married father whose children attend the city's public schools.

The one LGBT bright spot in Tuesday's election results for the San Francisco school board race was that Josephine Zhao did not win. She had suspended her candidacy after her past comments denouncing transgender students using school bathrooms of their choice resurfaced. While claiming she no longer held such a view, Zhao was found to be telling Chinese voters on a social messaging app that she continued to stand by her prior position.

Her decision to end her campaign came too late for her name to be removed from the ballot. And in recent weeks there had been reports that her supporters continued to campaign for her within the local Chinese community. She ended up in 11th place with 3.53 percent of the vote.

SF city college race
Voters re-elected all three straight incumbents to the board overseeing City College of San Francisco. Brigitte Davila landed in first place with 29.82 percent, Thea Selby was close behind in second place with 29.38 percent, and John Rizzo took third with 24 percent. Challenger Victor Olivieri, Ph.D., fell short with 16 percent of the vote to land in fourth place.