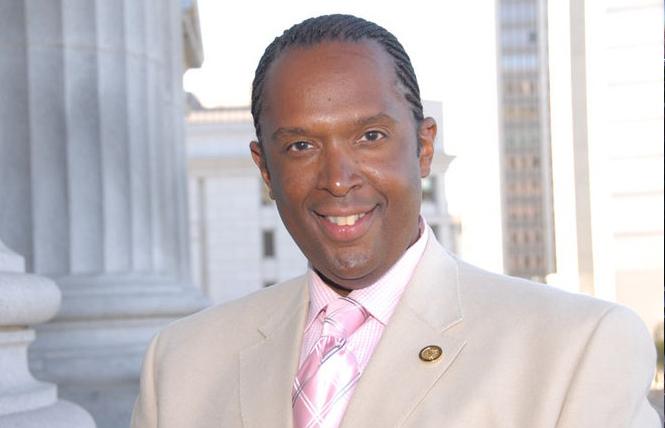 The San Francisco Human Rights Commission's LGBT Advisory Committee hasn't had enough members to meet since March, and it's due in part, a spokesman said, to the growing number of other LGBT organizations that do not have as many rules and regulations over convening as governmental agencies.

The committee was established in 1975 to advise the Human Rights Commission on issues affecting the LGBT community. Since its inception, the panel has been partly responsible for the creation of the LGBT Aging Policy Task Force and the passage of gender identity as a protected category in San Francisco, among other accomplishments.

According to the LGBTAC website, the committee of 12 members met officially and conducted business only twice this year, in February and March. The committee usually meets monthly except for December and June, in recognition of Pride Month. The committee had a slightly higher attendance rate in 2017 and held three meetings. The committee positions are volunteer and most members have full-time jobs outside of their roles on the panel.

David Carrington Miree, an HRC staff member who is the spokesman for the committee, said it hasn't had enough members present at the meetings to satisfy the required quorum, or minimum number of people needed, preventing the committee from voting or conducting business.

"Due to this continued failure to establish a quorum, the membership was polled on a number of subsequent occasions as to their intent to continue with their membership for the remainder of the year. Unfortunately, less than 4 percent of the current membership expressed an interest or bandwidth to continue," wrote Miree, who declined to disclose how he identifies, in an email response.

The November meeting has also been canceled. Although there are some "personal" reasons as to the lack of participation among the members, Miree said, the primary reason is the strict rules and time commitment of the role.

"The bigger problem is that so many other LGBT advocacy groups in the city have less restrictions and rules and regulations," Miree said in a phone interview with the B.A.R. "It's easier for people to navigate that environment than the rules and heavily regulated government-sanctioned committees."

He listed some of those rules for the advisory committee as being: a residency requirement, a "rigorous" absenteeism policy, and restrictions on when members can convene.

"These non-governmental committees tend to be more attractive because they allow for greater autonomy and latitude toward membership convening, work projects, and action items," Miree wrote in an email response.

Susan Belinda Christian, a lesbian who is chair of the HRC, echoed Miree's reasoning and said she and other commissioners, including Mark Kelleher and Melanie Ampon, are considering a revamp of the function and operation of the LGBTAC in order to increase membership participation and complete projects quicker.

Christian said the number one thing she wants the committee to do is align its work with the work of the commission.

"Aligning projects of the advisory committee with the work the commission is doing is really important," she told the B.A.R. "It will help bolster and expand the work the agency is doing and bring the community together to be working in alignment instead of on a bunch of different things."

She would also like to see the LGBTAC work closer with members of the community and nonprofit and other LGBT organizations to create a committee to "fit the climate we are in."

Miree said, although currently in a preliminary stage, the revamp may also include establishing a more project-based yearly agenda to recruit members who are interested in those particular activities.

"The hope is for the new members coming in 2019 to come in with a set ideal as to what they want to see happen in the community and get more like-minded individuals working on that kind of project," Miree said in a phone interview.

The HRC and the LGBTAC are also looking into changing the structure of the committee to make membership and the associated time commitment more feasible for people wishing to serve, Miree said.

A spokesman for Mayor London Breed sent a statement that said many of the city's advisory committees are undergoing evaluations that may result in a restructuring, like that of the LGBTAC.

"Mayor Breed remains committed to the work that the LGBT Advisory Committee has long been tasked with. However, the Human Rights Commission staff is currently working to determine how we can best continue do this work to most effectively serve the community, which includes potential restructuring of our efforts," said a spokesman for the Mayor's Office. "This evaluation is happening across a number of committees. In addition, the Human Rights Commission continues to fund grants to LGBT groups doing this kind of important work in the community."

The committee is looking for new members for next year and will start its recruitment process in January of February, later than normal. The commitment of a committee member includes attending the regular meeting the third Tuesday of every month from 5:30 to 7:30 p.m. and an annual weekend retreat.

According to the 2017 application, the HRC chair appoints LGBT advisory committee members after an interview process.

Despite the lack of formal meetings, Miree noted that the committee has been active in recent years. He said the LGBTAC worked on similar projects that Miree said helped influence the directive issued by Breed last week, which ordered all city agencies and departments that collect demographic data to update their forms, both paper and electronic, so that they include the option of nonbinary in addition to male and female when asking about gender identity.

In 2015-2016, the LGBTAC worked on a project called administrative accountability where members reviewed city administrative forms to ensure that they were culturally competent and sensitive to the ever-evolving LGBTQIAA community in terms of self-identification and gender, Miree explained in an email.

The most recent minutes, posted in March, reveal that the committee selected certain projects to focus on in 2018 including: the Queer/Trans Immigrant Needs Assessment, renaming the LGBT Advisory Committee, and potentially having one or more of the LGBTAC meetings take place at an off-site location.

Update: 11/01/18: This article has been updated to include a comment from Mayor Breed that was received after the original publishing date.