Editorial: Out candidates are running all over 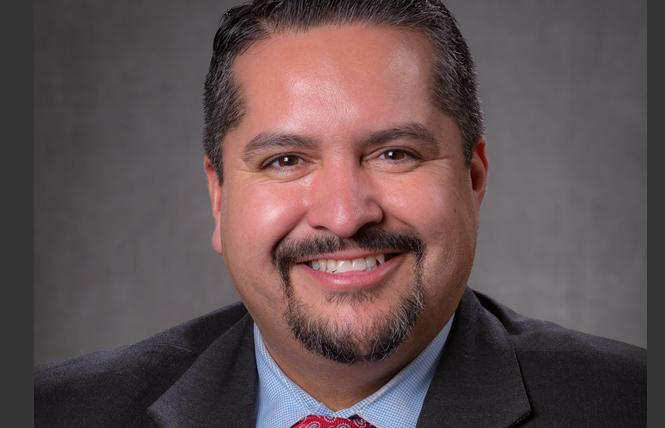 Throughout the Bay Area there are gay, lesbian, and bi candidates running for city council seats (and one Board of Supervisors race). If you live in their cities or districts, consider voting for them, not just because they are out, but because they are qualified public servants, bring a variety of lived experiences to the table, and have good ideas for their communities.

Oakland City Council
District 2 incumbent Abel Guillen, who identifies as two spirit, has a real race on his hands as he has a challenger from the left. Guillen is a progressive, and we've been impressed with his tenure on the City Council. He brings a deep understanding of finance and has worked to increase affordable housing, co-sponsoring legislation with lesbian Councilwoman Rebecca Kaplan to require any developments built on public land be 100 percent affordable. His support for a controversial housing development near Lake Merritt is the major issue in the race. It will consist of a 90-unit affordable housing project and another building with 252 market-rate units and 18 units for moderate-income households. The city owned the land, and many people felt it should be 100 percent affordable. But Guillen defended his decision, pointing out that the city was able to use its affordable housing trust fund on other projects and the project ended up with 30 percent affordable units on site.

Guillen is one of the hardest working council members, and the only one who has donated money to the Oakland LGBTQ Community Center, which is in his district and offers programming for the city's diverse queer community.

District 4 is an open race this year since the incumbent, Annie Campbell Washington, decided not to seek re-election. Pam Harris, a lesbian who also identifies as bisexual, caught a break this week when the leading candidate abruptly withdrew from the race, citing a "deeply personal matter." On Monday, Harris received the sole endorsement of Campbell Washington. Mayor Libby Schaaf has now endorsed Harris as her number one choice.

Harris wants developers to set aside affordable units on-site when building market-rate projects. She's a former board member of the East Bay Stonewall Democratic Club and was elected a delegate to the state Democratic Party from her Assembly District.

She supports a values-based budget that invests in clean neighborhoods, infrastructure, and equitable public safety, and calls for a living wage, union jobs, and economic opportunities for all.

The District 6 seat is currently held by controversial Councilwoman Desley Brooks, who has weathered political and legal controversies, including a $1.2 million judgment against the city and $75,000 against her personally for elder abuse following a skirmish with former Black Panther Party leader Elaine Brown at an Oakland restaurant. Lesbian nurse Marlo Rodriguez is one of four candidates challenging Brooks this year. While this will be a tough race, we think it's time for someone else to represent this East Oakland district, which has been traditionally underserved by City Hall. Rodriquez would like to attract a full-service grocery store to the district and is seeking a professional women's basketball team to replace the Golden State Warriors when they move to San Francisco. She has called for the city to streamline developments that include affordable units or senior housing.

Alameda City Council
Incumbent Councilman Jim Oddie made news last month when he came out as gay in the pages of the Bay Area Reporter. We've known Oddie for years, and always found him to be supportive of the LGBT community, and now he's part of it. It's believed that Alameda has never had an out City Council member. In an interview with the B.A.R. for his coming out story, Oddie said he's found that most people have been accepting and supportive. His priorities include expanding housing options for residents and focusing on constituency services. He's done a good job on the council, and we recommend him for a second term.

Dublin City Council
Dublin City Council candidate Shawn Kumagai is a gay U.S. Navy veteran and is running on quality of life issues in the East Bay suburb. He wants to create a walkable city center that can serve as a downtown area with stores and restaurants connected to one of the city's BART stations. He has good ideas that fit with the city.

El Cerrito City Council
Gabriel Quinto is a gay, HIV-positive incumbent who has done a lot in his first term. This year he's serving as mayor. Housing is a big issue in the East Bay city, and Quinto advocates for a regional approach.

Martinez City Council
John Stevens is a gay man who ran for the council two years ago, coming up short in that race. A former CEO of the Martinez Chamber of Commerce, Stevens is running on a platform of fiscal responsibility, public safety, infrastructure, and street repair. On his campaign website, he said his business experience gives him the perspective to help the city balance its budget while continuing to provide crucial services.

Redwood City Council
Jason Galisatus is just 25, but has been active in civic life for nearly a decade. He co-founded the Bay Area Youth Summit, which was one of the first conferences planned by LGBTQ and allied youth. He said that the city has changed in recent years and that the City Council should proactively address challenges. His priorities are ensuring homes for all, easing traffic congestion, and supporting small business.

Richmond City Council
Cesar Zepeda is making a second run for City Council in this progressive, East Bay city. A gay community leader, he would bring a fresh perspective to the body, which is losing out lesbian Jovanka Beckles, whose term expires and who is in a competitive race for the 15th Assembly District seat. Zepeda's priorities include building affordable workforce housing; working with the police to combat crime, while also instituting preventive measures like enrichment and recreational activities for youth; and economic development. 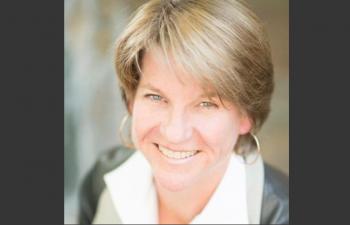 San Carlos City Council
Laura Parmer-Lohan is married to a woman and prefers to be identified as part of a rainbow family.
Nevertheless, she would be the first out female LGBT City Council member should she win next month. According to her website, she would carefully assess proposed development projects and encourage collaborative public-private partnerships. She's also in favor of increasing workforce housing. To
drive government efficiency, Parmer-Lohan encourages results-based budgeting.

Santa Cruz County Board of Supervisors
Gay man Jimmy Dutra is running for the District 4 seat. We endorsed him in June, and support him in the
runoff next month. He is currently on the Watsonville City Council and believes most voters in the district
seek new representation.