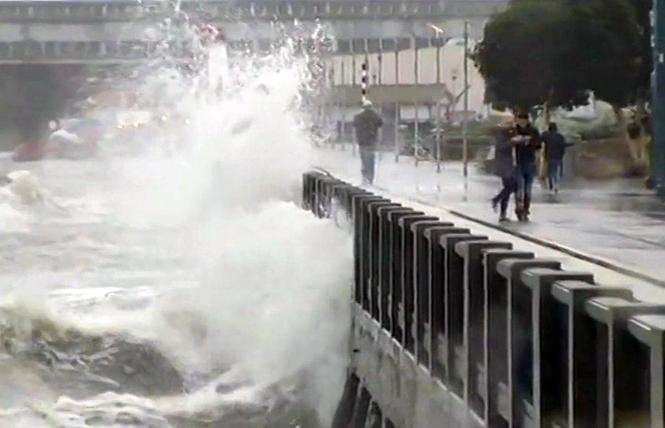 San Francisco Proposition A would allow the city to sell general obligation bonds to repair and upgrade the Embarcadero seawall. Photo: Courtesy ABC7

There are only five San Francisco propositions on the November ballot, but they could have lasting effects on city policy.

Proposition A: Embarcadero Seawall Earthquake Safety Bond. YES. The city will issue $425,000,000 in general obligation bonds to modernize, repair, and upgrade the Embarcadero seawall. The 100-year-old seawall is the foundation of about three miles of San Francisco waterfront. It supports Muni, BART, and power and water utilities. It no longer adequately protects the city from tides, floods, and rising sea levels, and is not protected from earthquake damage. This is a critical and necessary investment in infrastructure. Vote Yes on A.

Proposition B: City Privacy Guidelines. NO. We understand that privacy is important to many residents, but this Privacy First Policy is deceptive. Hidden in it are provisions that elected officials could use to tamper with San Francisco's voter-enacted Sunshine Ordinance, which governs city meetings. We oppose this because the city's open government law should remain just that: open. If the Sunshine Ordinance, passed in 1999, is out of date, as Supervisor Aaron Peskin writes in the voter handbook, then the board should go back to the voters with a solution. Including a vague privacy agenda and weakening the existing ordinance doesn't cut it. Vote No on B.

Proposition C: Additional Business Taxes to Fund Homeless Services: YES. This is the most contentious measure on the ballot. The city has tried before to raise tax money to fund homeless services and it was rejected. Prop C is a new plan that would tax the wealthiest businesses that pay a gross receipts tax an additional 0.175 percent to 0.690 percent. Only companies that have gross revenue of over $50 million would be taxed. Prop C would deposit this revenue into a dedicated Our City, Our Home fund serving homeless people and preventing homelessness. The Board of Supervisors would determine each year how to distribute the additional funds, within these limits:

- At least 50 percent to secure permanent housing for homeless people;

- Up to 15 percent for services for people who have recently become homeless or are at risk of becoming homeless;

- Up to 10 percent to secure short-term shelter and access to hygiene programs for homeless people.

It is estimated that the tax will generate $250 million to $300 million annually beginning in 2019.

Prop C also creates the Our City, Our Home Oversight Committee to monitor the administration of the special fund and to make recommendations to the Board of Supervisors and mayor's office.

Some opponents, notably Mayor London Breed, Assemblyman David Chiu (D-San Francisco), and gay state Senator Scott Wiener (D-San Francisco) recently came out against Prop C, stating there wasn't enough accountability, among other issues. We disagree. Homeless advocates and other political leaders know what the needs are; there hasn't been the money to spend on more mental health beds, for example.

Brian Basinger, a gay HIV-positive man who runs the Q Foundation, has been working with homeless and marginally housed people living with AIDS for 15 years. During an editorial board meeting, he told us that he and other advocates know from experience what works and crafted Prop C accordingly. The money San Francisco spends on homelessness can be misleading, he said, because it includes costs of police writing tickets or trips to the emergency room at Zuckerberg San Francisco General Hospital.
"It's not fair lumping in money spent by the Department of Public Health on ER visits and calling that special services," he told us.

Basinger said that a huge impact could be made "right out of the gate" on street homelessness.

"We can end trans homelessness," he added, explaining that there will be funds for rental subsidies.

Prop C is part of a new strategy that asks the most financially successful businesses to do more. Salesforce CEO Marc Benioff earlier this month came out in support of Prop C and pledged about $2.5 million toward its passage. He indicated that his company was saving money from the Trump tax cuts, so it could give more to help the homeless. That's the kind of corporate leadership San Francisco needs. Vote Yes on C. 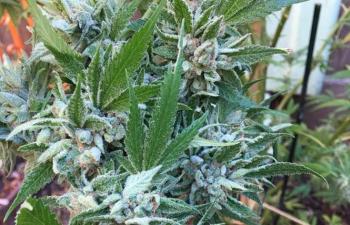 Proposition D: Additional Tax on Cannabis Businesses; Expanding the Businesses Subject to Business Taxes. NO.
There's another business tax on the ballot that is not good, and that's Prop D, which would harm the nascent cannabis industry. In San Francisco, the Board of Supervisors crafted regulations in preparation for recreational adult use of marijuana when it became legal in January. Cannabis businesses already pay a business tax and they pay the required payroll taxes and income taxes. There is no need to add more taxation at this time.

David Goldman and Michael Koehn of the Brownie Mary Democratic Club met with us and pointed out that Prop D would affect medical patients because, while the tax exempts medical cannabis, it does not exempt edible distributors. Medical patients, like recreational users, already pay taxes on the products. Cannabis is a new industry, and it needs time to create stability. Right now, the industry in California is struggling, as sales in many parts of the state are below projections. Because of the higher taxes, customers are attracted to the black market, where prices are lower.

Let's give the cannabis industry an opportunity to shake out. Vote No on D.

Proposition E: Partial Allocation of Hotel Tax for Arts and Cultural Purposes. YES. This measure reallocates revenue from the hotel tax and would redistribute up to 1.5 percent of the current 8 percent base hotel tax (there's another 6 percent tax surcharge for hotel rooms that is not part of the ballot measure) for specified arts and cultural programs. The city receives about $370 million annually from the hotel tax, according to the controller's office.

The hotel tax fund dates to 1961 and was promoted by Mayor George Christopher as the primary funding mechanism to promote tourism through art and culture. Specific percentage allocations were enacted in 1982 but over the years, mayors and boards of supervisors have eaten away at this vital support. This measure restores that support.

(A homeless services component that was in 2016's unsuccessful Prop S is not included this time.)

This is not a new tax. It's a 1.5 percent reallocation of the 8 percent hotel base tax.

We need to support arts and culture to keep the city vibrant with diverse exhibits, performances, and cultural districts. Vote Yes on E.