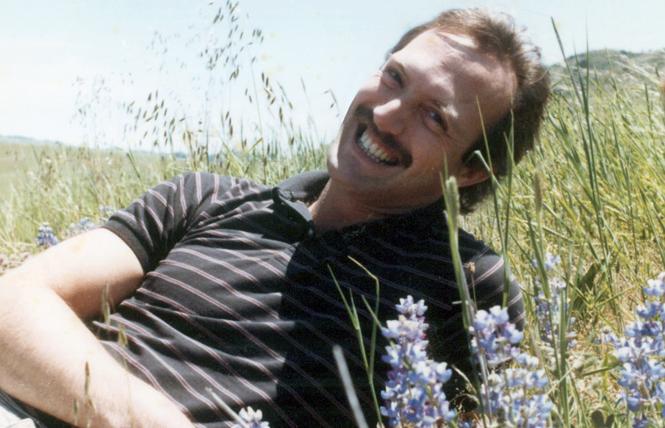 Chanticleer, a male a cappella group, will remember its founder, Louis A. Botto, and consign some of his ashes to the National AIDS Memorial Grove during a public ceremony Thursday, October 18, at noon.

Botto, a gay man, was a Texan who had settled in San Francisco. He studied early music and singing with the San Francisco Symphony Chorus. Longing to hear Renaissance music as it was heard originally (with all men), he founded the all-male ensemble around a kitchen table in 1978. Chanticleer's success was almost immediate, noted Christine Bullin, secretary of the organization's board.

Botto sang with the ensemble into the 1980s and was subsequently artistic director until his death in 1997 of AIDS. He was 45.

Today, Chanticleer performs up to 100 concerts a year all over the world. The group is celebrating its 40th anniversary this year, with a gala and reunion event Wednesday, October 17, from 7:30 to 10 p.m. at the Wilsey Center, War Memorial Building, 301 Van Ness Avenue in San Francisco.

At the AIDS grove event the next day, Chanticleer will sing and a bring-your-own picnic will follow.

Tickets for the reunion gala start at $100 and can be purchased at https://bit.ly/2zUpvvX.

EVNA holds free movie night in the Castro
The Eureka Valley Neighborhood Association will hold an outdoor screening of "Coco" Saturday, October 13, from 6:45 to 10 p.m.

The event will be on the lawn at Rikki Streicher Field, 19th and Diamond streets, near the Eureka Valley Recreation Center.

The event is free, though donations will be accepted.

"Coco" (2017) is Disney/Pixar's vibrant tale of family as a young musician named Miguel embarks on an extraordinary journey to the magical land of his ancestors. It won Oscars for best animated feature and best original song for "Remember Me."

Spirit Day coming up
LGBTQ people and their allies will be wearing purple Thursday, October 18, for Spirit Day.

The day is meant to show support for LGBTQ youth and speaking out against bullying. It was started in 2010 and is generally held the third Thursday of October, which is also National Bullying Prevention Month.

People can wear purple, change their avatars on social media, and get involved in other activities.