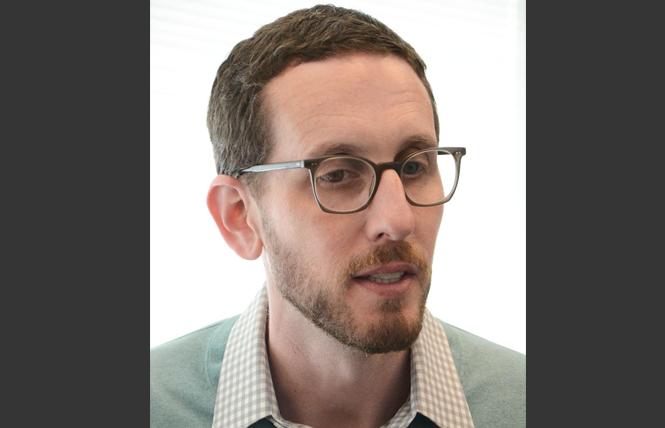 Governor Jerry Brown vetoed proposed legislation that would've to made it easier for low-income people to access free medical cannabis.

On September 30, the governor vetoed Senate Bill 829, which would have exempted compassionate care programs from paying state cannabis taxes when they are providing free medical marijuana to financially disadvantaged people with serious health conditions.

The bill, authored by gay state Senator Scott Wiener (D-San Francisco) would have enabled not-for-profit programs and dispensaries to provide free cannabis to a medical patient if certain requirements were met, including the donated product being approved for sale in the state.

SB 829, co-authored by Assemblyman Jim Wood (D-Santa Rosa) and supported by many activist groups and industry representatives, pointed out that following the passage of Proposition 215 in 1996 — legalizing medical use of cannabis in the state — many compassionate care programs were launched to provide free pot to low-income people with illnesses such as HIV, cancer, glaucoma, and other life threatening conditions. Cultivators and retailers donated the cannabis to these programs, which in turn provided marijuana to patients.

With the enactment of Proposition 64, legalizing adult use of cannabis, taxes were put in place for both recreational and medical use of marijuana. In introducing the bill, Wiener said that the bill was necessary because "due to an oversight" in how Prop 64 was written, these nonprofit donation programs that have been serving medical cannabis patients for decades are now being forced to pay taxes meant for businesses, which are forcing these charity programs to shut down. At press time, Wiener's office did not return emails from the Bay Area Reporter seeking comment. In a tweet on Monday, Wiener vowed to try again.

Brown's veto message stated that SB 829 contained provisions that conflict with Prop 64, which prohibits giving away products free of charge. In response to a query from the B.A.R., Ali Bay, Brown's deputy press chief, wrote in an email, "We'll let the governor's veto message for SB 829 speak for itself."

Brown's veto was met with disappointment from activists and industry representatives.

Joe Airone, the founder of Sweetleaf Collective, which donated over 100 pounds of cannabis to medical patients in California last year, said he was told that if they give away the same amount in 2018 then they would have a tax liability of $200,000, making their participation in the compassion cannabis field incredibly cost prohibitive.

In a prepared statement, Airone said, "These new laws make no distinction between commercial (for sale) and non-commercial (free to those in need) cannabis. Free cannabis that is given away is being taxed like it is being sold. Some people have chosen to work outside of the law to continue providing cannabis to patients without a permit. People are calling this black market philanthropy. Some groups like Sweetleaf have created a supply chain within the regulated market using permit holders who support compassionate cannabis for legally licensed patients."

Ryan Hudson, co-founder and executive director of the Apothecarium, wrote in an email to the B.A.R., "We would like to have a clear, legal way to provide medical cannabis to very low-income patients. We used to have a program for patients with serious medical conditions who didn't have money to pay for their medication — but unfortunately, the current regulations don't allow for that. Hopefully, that will change in the future."

Erich Pearson, a gay man who's chief executive officer and chairman of SPARC dispensaries, wrote in an email to the B.A.R., "Today's news of Brown's veto of compassionate cannabis as well as safe injection sites shows how out of touch he is with advancing science-based approaches to drug use instead of his old school ways of police and prisons."

"Nowhere does Prop 64 say that it is intended to impede free donations of medicine to needy patients. The purposes and intents section of the initiative is clear that it pertains only to adult-use marijuana, and does not override Prop 215," he said.

"This state could use a new governor. Fortunately, we're in luck on that score," Gieringer added, referring to Brown being termed out of office and the wide lead Democratic Lieutenant Governor Gavin Newsom has in the polls for the November election.

SaraMitra Payan, vice chair of the cannabis state legalization task force in San Francisco and public education officer at the Apothecarium, said, "I'm terribly disappointed in Governor Brown. He is forgetting his most critically ill constituents. We will continue to fight for our patients, and when the new governor is in place, we will work to introduce a new bill. We will never forget the people who made medical cannabis programs possible and will continue to educate our lawmakers."

Requests for comment from Nicole Elliott, head of the San Francisco Office of Cannabis, and gay District 8 Supervisor Rafael Mandelman were not returned at press time.