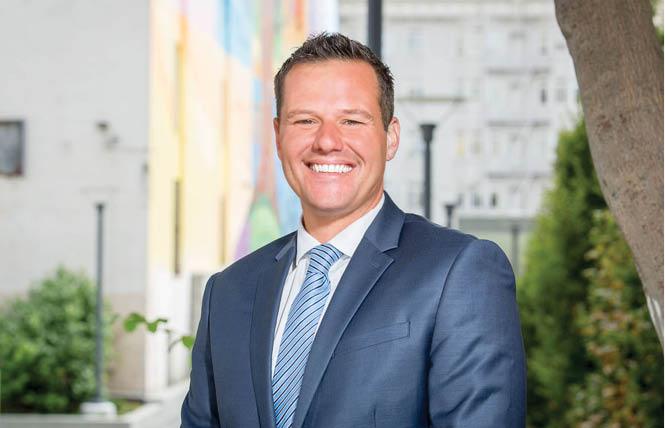 San Francisco supervisor candidate Matt Haney was the target of a transphobic smear over the weekend.

In a now deleted post on the website Medium by a group calling itself the SF Progress Alliance, Haney was called a "closeted tranny" who needed to be prevented "from assuming office." The group described itself as "an independent voice" supporting Haney's opponents in the race, Christine Johnson and Sonja Trauss, who are running together as a slate under the city's ranked-choice voting system.

The post used various slurs against transgender people to describe Haney and attacked him for using his position as a member of the city's school board to appoint Mia Satya, a transgender woman, to a school district committee. The post appears to have been in retaliation for the campaign that led Josephine Zhao to abandon her bid for a school board seat due to her past comments against transgender students being allowed to use the restroom of their choice.

"Well, between the attacks on an immigrant woman of color who has since apologized and has been misrepresented, and an unfortunate misunderstanding that means Emily Murase isn't on the ballot, the school board is almost guaranteed to have a bunch of far leftist 'progressives' coming in, which will be bad for the young people of this city," stated the post, referring to Murase missing the deadline to file for re-election to her seat on the school board.

After the Bay Area Reporter contacted the group behind the post via email Monday morning, it was deleted from the Medium site. (A cached version can still be found online.) In response to the B.A.R.'s question of who was behind the SF Progress Alliance, the person declined to reveal their true identity.

"As for who is this, that's for me to know and you to find out. All I will say is that I am a Sonja and Christine supporter, woohoo, and am sick of trannies getting coddled in this city and allowed to cause violence and crime in our neighborhood," responded the individual.

"It is completely awful and offensive. I am just really sorry to the people named in it and to the transgender community," said Haney. "I think it shows we still have a lot of work to do to stand up to transphobia, even here in San Francisco. I just was really saddened and angered by the transphobia in the post."

In a follow up email, Haney stressed that he doesn't "believe being called trans is in any way an insult. What's awful about this is the use of the 'T' word that is connected to violence against the trans community and the disparaging, dehumanizing rhetoric in the post."

Satya did not immediately respond to a request for comment.

Martin Rawlings-Fein, a transgender man running for school board in November, called for the person behind the post to take it down and apologize to Satya and Haney in a response he posted to his campaign Facebook page Monday morning.

"What you are saying is extremely offensive to myself, not to mention Mia and Matt, and I would hope that Christine Johnson and Sonja Trauss would both take you to task and post denouncements of this kind of language and ignorance so close to the general election," wrote Rawlings-Fein. "That you call my fellow candidate 'it' and demean her gender, and Matt's appointing her to an SFUSD board [committee], that she has the time an(d) energy and know-how to be on, is beyond the pale."

Trauss denounced the post in a phone interview with the B.A.R. and said neither her campaign nor anybody she knew was behind it.

"I think it is a shame people resorted to this kind of campaign. I would say to voters, if you feel strongly about a candidate to speak for that candidate and their positions, don't trash the opposing candidate," she said. "Each of our campaigns and volunteers need to go out and talk about why that candidate is good for the city. This kind of negative campaigning is an insider's game. It is ugly and spreads around bad feelings."

She questioned if the author of the post was actually a Haney supporter attempting to harm her and Johnson by raising a "false flag" and emailing links to the post to those people it attacks.

"I think this is Haney supporters trying to make me look bad," Trauss told the B.A.R. "The reason I think this is that (1) I don't have supporters who think this way or would do something like this, and (2) the author of this post seems to have only sent it to people who would be angered by it, not people who would agree with it. If there was a group or individual who was sincere in the position taken in this Medium post, they would be spreading this insulting post among people that are still transphobic."

Haney told the B.A.R. that he is confident the person who wrote the post is not one of his supporters.

Johnson, whose campaign page on Facebook Rawlings-Fein had linked to in his post, had yet to respond Monday morning. But in a reply to the B.A.R.'s request for comment, her campaign emailed a statement denouncing the Medium post.

"This post is transphobic, racist, sophomoric and deeply offensive. It's sad how an anonymous social media post can be a disgusting distraction from focusing on how to improve quality of life for all District residents," stated Johnson.

10/1/18: This story was updated to include a response from Christine Johnson.