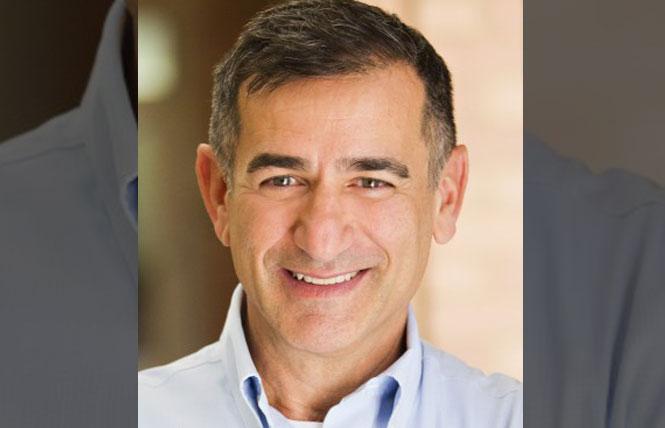 Only 4 percent of sexually active gay and bisexual men in the United States are using PrEP, according to a recently published study, showing that more must be done to reach everyone who could benefit from it.

Ilan Meyer from the Williams Institute at UCLA School of Law and colleagues also reported that only a quarter of young gay and bi men had ever taken an HIV test, and across all ages a majority did not receive the recommended annual testing.

"Our findings suggest that health education efforts are not adequately reaching sizable groups of men at risk for HIV infection," Meyer said. "It is alarming that high-risk populations of men who are sexually active with same-sex partners are not being tested or taking advantage of treatment advances to prevent the spread of HIV."

The federal Food and Drug Administration approved Truvada (tenofovir/emtricitabine) for HIV prevention in July 2012. Adoption was initially slow, but by late 2013 it began to rise as gay and bi men in San Francisco and other cities started promoting PrEP within their communities.

The Williams Institute's Generations study assessed rates of HIV testing and PrEP awareness and use among men who have sex with men in a national probability sample of 470 men, dividing participants into three age cohorts.

Looking at HIV testing, the study found that 25 percent (45) of men in the youngest group had never been tested, compared with nearly 8 percent (8) of those in the middle and oldest age groups (14). Annual testing rates were 45 percent (88) in the youngest group, 59 percent (63) in the middle group, and just 36 percent (61) in the oldest group. Black gay and bi men were actually more likely to undergo regular testing, perhaps due to recent efforts targeting this group, the researches suggested.

Men who identified as bisexual and those not living in cities were less likely to be familiar with PrEP than gay-identified and urban men. Those who attended LGBT health clinics, sought out gay-focused online resources, and were out to their health care providers were more likely to get tested for HIV and use PrEP.

PrEP use uneven
Other research has shown that PrEP uptake is uneven, with young gay and bi men, African-American men and women, trans women, and people living in the southern United States being less likely to use it — the very groups that have disproportionately high rates of new HIV infections.

An analysis presented earlier this year by Dawn Smith and colleagues from the Centers for Disease Control and Prevention found that among the 1.45 million people who were at substantial risk for HIV and potential candidates for PrEP, only 8 percent were using it. While black and Latino people accounted for about two-thirds of those who could benefit, they were less likely to be on PrEP than white people.

Locally, PrEP use has risen steadily in San Francisco over the past half-decade, and the latest Department of Public HIV epidemiology report shows that the number of new HIV diagnoses continues to decline. But here too, there are pockets of persistently higher HIV incidence and poorer outcomes after diagnosis, especially among African-Americans and homeless people.

"Local and national HIV prevention efforts, especially for young men who have sex with men, should continue to emphasize routine and frequent HIV testing as the entry into the continuum of care and increasing PrEP awareness and uptake by making it easier and cheaper to access," Dr. Hyman Scott of Bridge HIV, the health department's HIV research arm, told the Bay Area Reporter.

Local programs are taking steps to educate people about PrEP and make it more accessible. As the B.A.R. has reported previously, DPH and community groups have launched PrEP campaigns for African-Americans, Latinos, young people, and trans people.

"We're fortunate that we here in San Francisco have a lot of services and people can usually find a way to get PrEP for free, but that's not the case everywhere — and even here we don't always reach the right communities," Pierre-Cedric Crouch, director of nursing for the San Francisco AIDS Foundation's Magnet sexual health services, told the B.A.R. "The focus shouldn't be on the community failing to access PrEP, it should be on why the health system isn't doing its job."

Crouch said that word of mouth is the most powerful way to raise awareness about PrEP. "If you have a friend on PrEP, that's a much stronger motivator than a billboard," he said.

One way SFAF hopes to increase access is to offer "on-demand" PrEP taken on a specific schedule before and after sex, rather than every day. The French Ipergay study showed that this type of intermittent PrEP reduces the risk of infection for gay and bi men as much as daily use.

Crouch told the B.A.R. that Magnet is currently developing protocols and expects to begin offering on-demand PrEP about two months from now.

"Since 2012 we've had the same PrEP messaging and the same CDC guidelines, but they don't work for everyone," Crouch said. "Some people don't start PrEP because they think they don't have sex enough and some don't want to take it daily. When we have more options, we can reach more people."