Public weighs in on next SF health dept. head 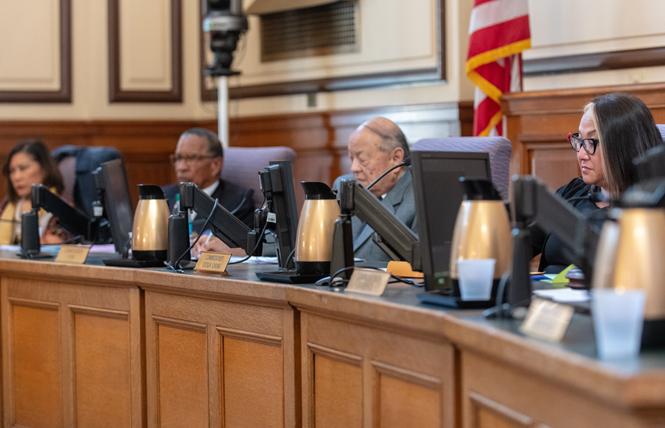 The most common attributes people want to see in the next San Francisco health director are prioritizing collaboration, support for nonprofits, and mitigating health disparities among minority communities.

Those were the themes of a public meeting convened by the Health Commission as it seeks a new director following the abrupt departure last month of Barbara Garcia, a lesbian who had led the sprawling agency for nearly eight years.

Garcia was forced to resign due to a conflict-of-interest investigation into allegations that she failed to disclose her wife's income from a college that had received a million-dollar, sole-source contract with DPH, according to the San Francisco Chronicle and other newspapers.

The commission welcomed public comment at its meeting Tuesday, September 18, which will be used to help develop a job description for the new director. 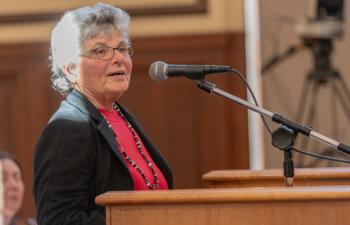 Guy said the next director needs to consider incarceration a public health issue, not simply a criminal justice matter. The co-founder of the Women's Building in the city's Mission district, talked about the importance of providing services like housing and mental health care as a way to prevent incarceration, as well as wanting the new director to understand health disparities surrounding gender, sexuality, and mental health.

"One of Barbara Garcia's major accomplishments was bringing incarceration into the public health framework," Guy told commissioners. "The department of health needs to continue the work of this continued legacy."

When Guy, a community organizer and policy advocate for Taxpayers for Public Safety, spoke with the Bay Area Reporter, she talked specifically about protections for transgender inmates, including medical care in jail, equal access to resources, safety protections, and eliminating stigma.

She feels the new director needs to have, "a deep public and social sense of what gender is in the modern environment," and that a social determinant of health includes the "stigmatization" of LGBT individuals, immigrants, low-income populations, and other minority communities.

Although Hollendoner did not speak at the meeting, he told the B.A.R. that he believes the next director should address health equity, something he called "critical to success."

"The San Francisco health department is on the cutting edge of prioritizing innovative health services," Hollendoner, a gay man, said. "We need to see a director who will continue to invest and champion progressive health programs."

Supervised injection sites were also something Hollendoner wants the new director to prioritize. Garcia was an advocate for the program.

Toma spoke at the public hearing, explaining that he and his organization, formally the Asian and Pacific Islander Wellness Center, want a director who comes from a public health background. The director should deeply understand the connection between physical and behavioral health, as well as other social determinants of health, he said.

A director who is supportive of safe injection sites and has a "harm-reduction philosophy," is critical, Toma said. Syringe exchange programs have had a tremendous impact on reducing HIV transmission, he explained.

"We need our next health director to have cultural humility, community collaboration, and truly understand the value of partnering with community-based organizations to address all health disparities, substance abuse, mental health, homelessness, and HIV issues in our city," Toma said.

Other comments
The other 20 or so public commenters echoed similar ideas. Others said they thought the position required someone to be a trained physician, which the city has had in the past. (Garcia is not a medical doctor, but under her leadership DPH had a health officer, Dr. Tomas Aragon, who remains in that position.)

Others wanted someone who would focus on disease prevention and healthy living. Mitigating racial health disparities was also a common theme among speakers. One speaker who said they were a public health professional commented, "I implore the health commission to choose a public health director who puts racial equity at the forefront of every aspect of the work they do."

Nearing the end of the meeting, the commissioners thanked the public for commenting and ensured them their opinions would be taken into consideration.

"We do need a new director who has bold leadership, is innovative, is entrepreneurial, and sees the importance of community-based organizations and partners, which we have heard from a number of you today," he said.

Bernal added that the new director should continue to push new, bold initiatives.

Commissioner Cecilia Chung, a transgender woman who is HIV-positive, said she believes there are two sides to the position; public health and an administrative portion, and that the person filling the role should reflect both capabilities.

"A balance is important," she said.

She also mentioned the importance of a director who backs initiatives.

"There were a lot of great initiatives started by Barbara Garcia, and whoever takes over should continue to improve those initiatives," she said.

The commission will vet candidates with the help of the department's human resources section and plans to narrow it down to three candidates. The candidates will be interviewed in December in front of the commission and then be presented to Mayor London Breed, who will eventually choose the final candidate.