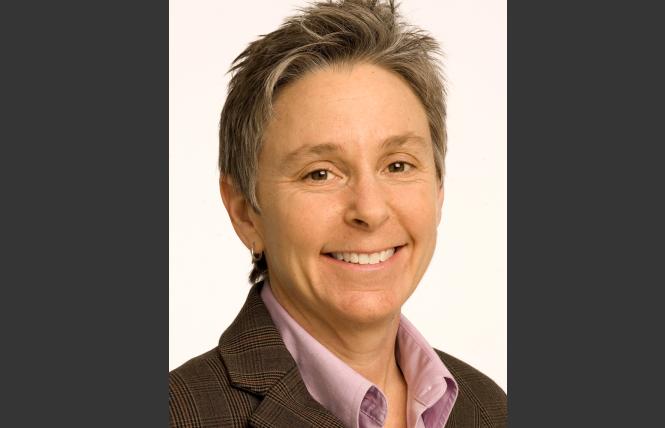 Transgender youth attempt suicide at much higher rates than other cisgender adolescents, suggests a new study in the September issue of Pediatrics, a journal of the American Academy of Pediatrics.

LGBT advocates and organizations are not surprised by the study and say it only reaffirms what, anecdotally, has been known for years.

"For a long time research has shown that transgender and gender-nonconforming youth face heightened discrimination and now research is beginning to show the devastating impacts on their mental health and self worth," said Liam Miranda, senior research manager with the Human Rights Campaign and a queer trans man, in an interview with the Bay Area Reporter.

The Pediatrics study pulled data from the "Profiles of Student Life: Attitudes and Behaviors" survey, which collected information from 120,617 young people, ages 11 to 19, across three years beginning in 2012.

"Anyone who reports on the topic of suicide knows, or should know, it's not one bad thing or one reason, it's really cumulative," she told the B.A.R. "For LGBT kids, and trans kids in particular, the way they are being targeted by anti-trans people is an added burden. If these kids have fractures at home or in school, or are depressed or sad and worried to live openly, it can result in a cumulative effect."

Kahn said there is a lot to do to help prevent suicide in the LGBT youth community. She mentioned professional development for teachers, school counselors, and staff surrounding gender and cultural sensitivity training and policy protections for trans youth in the health care realm and public schools.

Kahn also commented on the importance of trans youth to have equal rights as children and adults, mentioning President Donald Trump's recent attempt to implement a plan to ban transgender people from serving openly in the military.

"We don't even have federal protections around sexual orientation and gender identity," Kahn said. "There are also gaps in protections for accommodations for trans people. We need to close that gap. Young people need to see a future."

The report, released earlier this year, detailed similar experiences among queer youth as the Pediatrics study, though it did not include statistics regarding suicide attempts. It found that LGBTQ teens are not only experiencing high levels of stress, anxiety, and rejection, but also feel unsafe in their own school classrooms.

Results from another national study also affirms the findings from the Pediatrics study. Conducted by the American Foundation for Suicide Prevention and the Williams Institute, an LGBT think tank at UCLA School of Law, a 2014 survey of over 6,400 trans and gender-nonconforming youth found that 41 percent of transgender people attempt suicide at least once. The study used results from the National Transgender Discrimination Survey.

One mother who lost her gay son to suicide is Jane Clementi, co-founder of the Tyler Clementi Foundation, which is dedicated to ending bullying. Tyler Clementi was 18 when he took his own life in 2010 after he became the victim of an act of cyber-harassment and humiliation.

Jane Clementi agrees with Kahn that suicide attempts among children and teens are the result of cumulative factors. The conversation needs to start changing, along with the implementation of legislation that rolls out stronger protections for trans, nonbinary, and LGBT minors, Jane Clementi said.

"We need to change our conversation and make sure our youth don't keep hearing toxic harmful messages," Jane Clementi told the B.A.R. "We need to change the dogma, and the teaching and traditions that the faith communities share and teach."

This toxic messaging has gotten stronger in the last year or so, Jane Clementi said, and coincides with the rollback of LGBT rights, including the Trump administration rescinding Obama-era guidelines that protected transgender students. She also mentioned the Religious Freedom Act that has been used to justify discrimination against the LGBT community.

"The inequity and inequality in legislation needs to change," she said. "I have another gay son, and I want he and his husband to be protected in the health care industry, housing, employment, and buy an anniversary cake for themselves if they want."

Jane Clementi worked on the Tyler Clementi Higher Education Anti-Harassment Act, which was introduced in Congress and requires colleges and universities receiving federal student aid funding to enact an anti-harassment policy, including against sexual orientation or gender identity. It is currently stalled.

"My hope is to foster an open dialogue about suicide and to help prevent these horrific tragedies. If one life can be saved through this bill then all of our efforts will have been worth it," said Portantino in a news release.