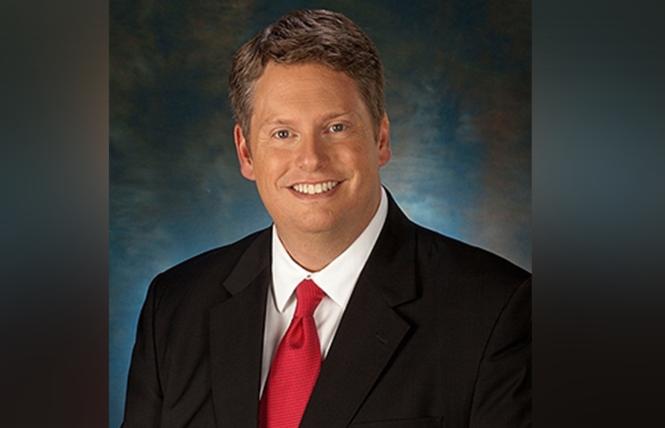 NLGJA: The Association of LGBTQ Journalists was concluding a lovely annual convention in Palm Springs last weekend when a nice man said a stupid thing and a lot of other presumably nice, reasonable people became angry. Then people who weren't there and who are also presumably nice and reasonable blasted the apologetic man with a thick coating of social media venom. By the time you read this, that apologetic man might not have a job anymore.

To which many of us who watched that sequence of events muttered to one another in the hushed digital corridors of iMessage and Facebook Messenger: There must be a better way to deal with such things.

I am a lifetime member of NLGJA. I've been a board member, a chapter founder twice, a convention co-chair, and the originator of what became the group's awards program. I have a Lifetime Achievement Award for my contributions to the organization, which include early advocacy for efforts to welcome more transgender members and the addition of transgender people in our mission statement.

And what I am about to say may invalidate all of that because such is the world in which we live: In the case of L'Affair de Marshall, in which longtime NLGJA leader Marshall McPeek attempted to be a ham by welcoming to a soiree "ladies and gentlemen, things and its," everybody is wrong.

Everybody. And yes, even you, pitchfork-wielding trans Twitter. That's what makes it all so sad.

Obviously, McPeek was wrong. According to at least one prominent colleague back in Columbus, Ohio, where McPeek is a weatherman, the "things and its" construction is a dumb gag people there say with no reference to gender identity. That doesn't make it OK in this context, but it also doesn't make it a premeditated act of malicious emceeing or an important insight into McPeek's views on transgender people.

McPeek realized quickly how stupid it was, so within an hour he returned to the room, took the mic, pleaded for everyone's attention, and delivered what, by all accounts, was a sincere, impassioned apology.

Ah, but these days an offensive comment circles the globe in less time than it takes for any mitigating information to lace its shoes. The next day, trans Twitter gushed with rage. McPeek had apologized to the people he directly offended, but trans Twitter wanted to know where its apology was, dammit. Because, to quote prominent trans activist Jenny Boylan, "If ever there was a moment that demonstrated what we're up against, this is it."

Really? People who make stupid remarks and then ask for mercy are "what we're up against"? Isn't that exactly how you want something like this to go? Sure, in a world where nobody ever says anything objectionable there would be no need for contrition or mercy, but isn't the next best thing when an offender accepts his crow and shows he is really, really sorry?

Boylan's identification of McPeek as what trans people are "up against" represents the comic absurdity of this mess because - get this! - McPeek is an LGBTQ pioneer.

McPeek, now 49, was openly gay in the early 1990s as a 20-something on-air TV personality. Do you remember how rare and brave that was 25 years ago? And he was not in some big, progressive coastal metropolis; he was in Toledo, Ohio. Like me, he used the NLGJA as a vehicle for a form of activism compatible with also being a journalist, striving to improve public understanding by ensuring we are covered accurately and fairly. He founded chapters, organized conventions, and served on the board and as an officer. As early as the late 1990s, he was among those advocating to add the word "transgender" to our mission statement.

McPeek, who is a longtime acquaintance but not a personal friend of mine, is not a hater or, as Boylan called him, "a garbagemouth fella." There really are people who do good and also screw up. Most of us, in fact. They don't deserve praise for taking responsibility, but they ought to at least fall into a category different than the people who commit acts of physical violence, who wish to drum you out of the military and take away your families, who would have you wear diapers rather than let you use a public restroom.

That is why the NLGJA itself has behaved so shamefully here. That merry band of cowards had a chance to both apologize and vouch for McPeek's integrity and contrition. Instead, after a quarter century of service, their statement distanced the NLGJA from McPeek by referencing him as merely a "volunteer emcee." As the NLGJA doesn't pay any of its emcees, everyone's a volunteer. But McPeek is one of the group's most generous, selfless leaders.

It is thrilling that the transgender community now has enough power and acceptance to make a man like McPeek squirm when he screws up. But this is not what trans people are "up against." It is, actually, what success looks like. Yes, it is undignified to ever have to contend with being insulted by anyone, much less an ally. But this isn't a case where you say there are very fine people on both sides and one side turn out to be Nazis.

McPeek may lose his job over this. Many transgender people will no doubt reply: "Good! You know how many jobs we never got because of who we are?" That anger is palpable, it is earned, it is justified. And it's great that other people care about that outrage, because that proves the world is changing.

Still, this is a dangerous slope. Trust me, your turn may come. Only the most arrogant among us can deny that. There may be a moment when you say something that comes out wrong in exactly the wrong time or place. Every human being can do it; no person is pure, lacking in the potential for bad taste.

When that happens, you'll want to show the world what is in your heart. You'll want to be more than that one dreadful mistake. If you're smart and mean well, you'll see that the best you can do is apologize as quickly and as sincerely as possible.

But if you're unlucky, as McPeek clearly is, you'll find that nobody cares. Those with the inability to forgive and accept, to listen and to teach, won't be making the world any safer or better for the offended, the insulted or the oppressed.

No, they'll take a bad situation and use it, ironically and perhaps unintentionally, to makes the world a little bit crueler.

Steve Friess is a lifetime member of NLGJA: The Association of LGBTQ Journalists.