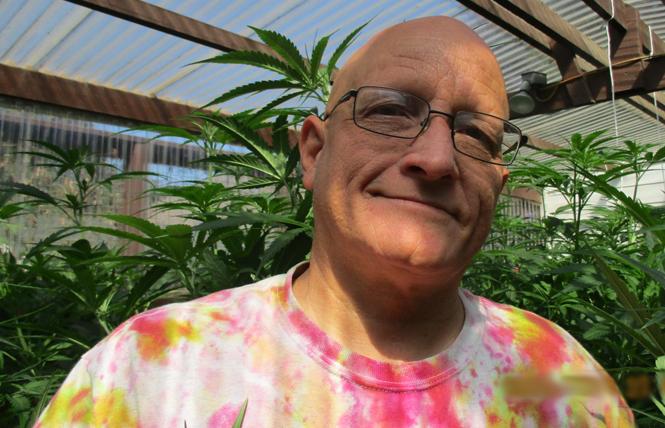 The black market is back.

Well, it probably never went away, but immediately after Proposition 64 went into effect in January - enabling many dispensaries to sell recreational cannabis to the public - several black market dealers I interviewed said their business dried up.

"My customers wanted the experience of shopping in a dispensary and having a wide selection of products," said one LGBT longtime former Castro dealer, who asked that her name not be used. She closed her decade-long business when her phone stopped ringing.

But now that the increased prices - in some dispensaries, more than 50 percent, in large part because of new taxes - are the new reality and entrepreneurs are organizing new ways of distributing their products, there are new opportunities to try before you buy and get large discounts to boot.

The new underground cannabis market is difficult to track but worth it if you enjoy the adventure, said longtime Berkeley cannabis consultant Brent Saupe, who I met a decade ago when I responded to a Craigslist ad selling cannabis plants. Saupe, a well-known activist and former member of a mayoral task force on cannabis, ran a nonprofit South of Market group, the Pot Club, which provided a space for medical patients to grow their own medicine.

Saupe, who has been providing medical cannabis to patients for over a decade, is now part of the "sesh" (session) community, where underground dealers get together at private parties to sell discounted products.

For a $5-$10 admission, "you can smoke all the weed you want for three to four hours, meet providers, and get some great deals," said Saupe in a telephone interview. At the East Bay events Saupe has attended, flowers and dabs have been as much as 75 percent under retail while vape pens are often half-price.

"Once you attend one sesh, you won't have to search again for others. They're every weekend in northern California, once you know how to find them," he said.

The best way to track down a sesh, according to Saupe, is to search Instagram accounts using the key words "cannabis sesh." I did a search in late August and came up with a handful of leads for upcoming events.

For those wary of buying black market products, perhaps concerned that the flowers aren't tested for pesticides, as is now required for the retail market, Saupe said the dealers he has met were mostly "people who were legit and legal" before the expensive and complicated regulations to sell legally were enacted this year.

According to Saupe, local testing labs are "still unreliable," a sentiment echoed by many in the industry. Saupe recently submitted several identical samples to two leading laboratories, which found very different results.

At least one dispensary executive thinks seshes are a "great idea."

Debby Goldsberry, the chief executive officer of Magnolia Oakland, as well as the manager of a new dispensary, High Fidelity in Berkeley, acknowledged that dispensaries have been forced to pass along their regulation-related expenses, making dispensary products more costly than ever.

Although seshes are in direct competition to her dispensaries, Goldsberry said they are an "important way of keeping our culture alive and well." Ideally, she added, regulations will eventually be enacted to make such gatherings "licensed and safe" she told the Bay Area Reporter in a telephone interview.

In San Francisco, Dan Karkoska, who produces events for Puff, a loosely organized queer cannabis group, had a private party at a SOMA coffee shop last month, where joints, dabs, and medicated beverages were served.

"We sold out," Karkoska wrote in an email to the B.A.R. Puff plans to have another event in October.

Karkoska suggested keeping up with Puff activities (including its monthly marijuana appreciation drag parties on the second Thursday at the Stud) by joining the Queer Cannabis Club on Facebook or following Karkoska on his Instagram account, djdanksf.

Medical patients needing cannabis have another option: trying to join one of the compassionate use programs sponsored by dispensaries, which are required to have such a system in place.

When recreational cannabis was legalized, many such programs had severe cutbacks because everyone in the cannabis industry suddenly faced additional costs to stay in business, said Magnolia's Goldsberry.

On the horizon, said Goldsberry, is legislation that could greatly liberalize the compassionate use programs, Senate Bill 829, which was approved by the state Assembly in late August.

The bill, introduced by gay state Senator Scott Wiener (D-San Francisco), will exempt compassionate care programs from paying state cannabis taxes when they are providing free medical cannabis to financially disadvantaged people living with serious health conditions. Goldsberry said the bill is expected to pass the Senate and be signed into law by Governor Jerry Brown.

If approved, the bill "will be very good news" for patients, she said.