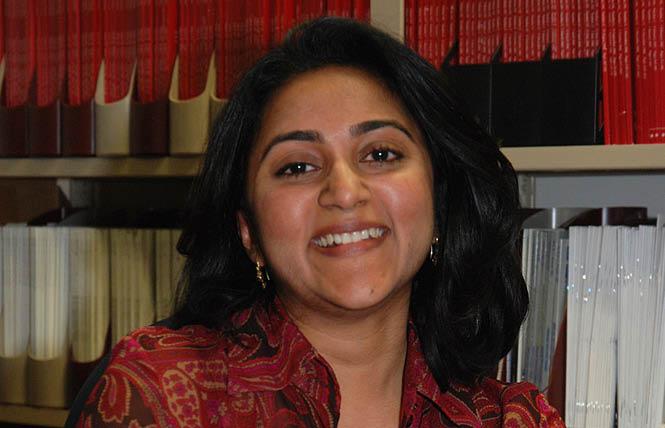 After a decade-long rise in the transmission of sexually transmitted diseases in San Francisco, local health officials are seeking a new plan to reverse the troubling trend.

Similar to how the city pioneered a "Getting to Zero" plan to drastically reduce the transmission of HIV by 2020, public health leaders are in talks to create a multi-pronged strategy for reducing STDs rates. A key part of the plan calls for greater collaboration between the Department of Public Health's sections focused on HIV prevention and STD control.

"We have to create a roadmap for getting us to where we want to be," said Deputy Health Officer Dr. Susan Philip, the director of the disease prevention and control branch in the health department's Population Health Division. "The only way to serve people well is to take a holistic look at their health and specifically at hepatitis C, HIV, and STDs all together."

The move to re-examine how the city is preventing the transmission of STDs comes as federal health officials are warning that the country is "sliding backward" in its fight to stop the spread of chlamydia, gonorrhea, and syphilis. New data released August 28 during the 2018 STD Prevention Conference showed that cases of all three of the STDs had increased in 2017 for the fourth year in a row.

According to the Centers for Disease Control and Prevention, there were nearly 2.3 million cases of chlamydia, gonorrhea, and syphilis diagnosed in the United States last year, according to preliminary data. As the Bay Area Reporter noted in a story posted to its website Tuesday, the number surpassed the previous record set in 2016 by more than 200,000 cases.

"The CDC is seeing steep and sustained increases in STDs," said Dr. Gail Bolan, director of the CDC's Division of STD Prevention, during a news conference with media Tuesday. "This is a continuation of a persistent and troubling trend."

According to the CDC, a range of factors may be contributing to STD increases, with studies pointing to drug use and socioeconomic factors like poverty, stigma, and discrimination. Michael Fraser, Ph.D., executive director of the Association of State and Territorial Health Officials, laid part of the blame with the underfunding of the federal health agency by political leaders in Washington.

"What the rates show to me is our lack of investment in public health and prevention," said Fraser. "We shouldn't be that surprised by these increases when we look at the decrease in funding and purchasing power of states over time."

While the rise in STDs nationally mirrors the introduction of PrEP, the once-a-day pill that protects HIV-negative people from acquiring HIV, it remains unclear if the medication is behind the increase of cases in gay and bisexual men. STD rates were increasing and condom usage was decreasing among men who have sex with men prior to PrEP, noted David C. Harvey, executive director of the National Coalition of STD Directors.

Rather, the HIV and STD testing standards associated with the usage of PrEP are seen as beneficial toward the goal of reducing rates of both, argued Harvey. Federal health officials earlier this year, at the urging of local health leaders and others, updated their guidelines to encourage STD screening every three to six months for those taking PrEP, though STD directors favor testing every three months.

"PrEP presents an unprecedented opportunity to treat STDs because of the testing standards associated with PrEP," Harvey told the B.A.R. in a phone interview Tuesday. "Ultimately, we believe PrEP and the STD screening that goes along with it will reduce STDs."

SF numbers
San Francisco has experienced increases in all three of the STDs since 2007, with preliminary data for 2018 from the Department of Public Health showing the number of cases of chlamydia, gonorrhea, and syphilis all continuing to outpace those seen last year. The health department warned local medical providers in May of this year that the city was "experiencing a significant increase in STD rates."

In the letter to providers, Philip and Dr. Tomás Aragón, the city's health officer, noted that the highest rates of syphilis, chlamydia, and gonorrhea were among gay and bisexual men, adolescents and young adults, and transgender people. They asked that providers integrate sexual health and STD prevention into their routine primary and HIV care. They also reminded them that sexually active men who have sex with men should be tested for both STDs and HIV every three months.

"Providers are also encouraged to work with us to ensure that sex partners are tested and treated and notify us if they suspect that their patient may have a resistant infection," wrote Philip and Aragón.

Unlike with the city's plans for ending the transmission of hep C and HIV, the STD plan likely will not include target dates for eliminating cases of syphilis, chlamydia, and gonorrhea, Philip told the B.A.R. during a phone interview Monday while in Washington, D.C. attending the STD conference. That has to do, she said, with the current lack of vaccines to prevent people from acquiring sexually transmitted infections as there are for hep A and hep B, with research ongoing for a hep C vaccine, or a once-a-day pill to block STD transmission like the use of PrEP against HIV.

The health department's City Clinic provides a model for how the plan could work, said Philip, as it already integrates STD and HIV prevention and care under one roof.

"What is new, really, is we are talking about a roadmap as we are doing for getting to zero on HIV transmissions and no new hep C infections. We also want to think about decreasing our rates of STDs," said Philip, who is expected to discuss the proposal at the Health Commission meeting Tuesday.

Philip said the pieces for an integrated plan to combat STDs already exist in the city, from the health department's clinic and programs to community-based service providers and advocates focused on promoting sexual health. It is more a matter of how to ensure all of those components are working in tandem, she said, and devising new tools for screening and the prompt treatment of STDs.

City Clinic is piloting a rapid test for gonorrhea and chlamydia that takes 90 minutes to deliver results, rather than two days or more. And it continues to advocate at the federal level for new biomedical preventions for STDs.

"It is a really challenging task," said Philip. "But I am optimistic we will continue to do what we can to improve sexual health in San Francisco."

Harvey, with the STD directors association, believes San Francisco's STD plan could be a model nationally that other health departments can replicate.

"We applaud San Francisco's efforts to get to zero on STDs," said Harvey. "Like so many times in the past, San Francisco is playing a cutting edge and leading role nationally in this area."

His coalition is also pushing for the development of a national strategy on STDs, similar to the federal plan to end HIV transmissions adopted by the Obama administration. During the national media call Tuesday, Harvey said that an additional $70 million, at least, is needed in the federal budget for Fiscal Year 2019 to properly fund state and local STD programs.

He told the B.A.R. that Senator Kamala Harris (D-California) has been "a new champion" for the funding since being elected in 2016 and that advocates continue to work with House Minority Leader Nancy Pelosi (D-San Francisco) in moving the funding request through the House.

"Ironically, STDs have more stigma than HIV, so we have a huge ladder to climb," said Harvey.

The state and territorial health officials group's Fraser said the CDC also needs an additional $50 million to fully fund its STD prevention work and that of the states in local communities.

"We all need to be incredibly interested in how we are going to solve this problem," said Fraser. "It is great to have surveillance data from the CDC and states, but we will really solve it by those boots on the ground."