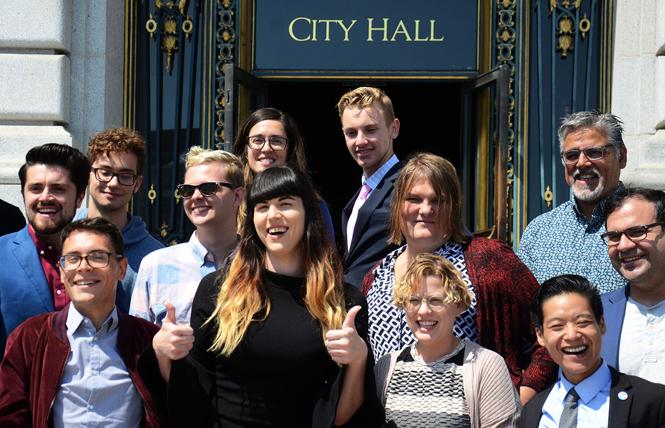 Mia Satya, center, was surrounded by her supporters on the steps of City Hall August 10 prior to her filing papers to run for the San Francisco Board of Education. Photo: Rick Gerharter

There are five LGBT candidates vying for a seat on the San Francisco Board of Education in a race that suddenly became wide open after an incumbent failed to qualify for the November ballot.

Among them are two transgender candidates, Mia Satya and Martin Rawlings-Fein. If either were to win, they would be the first transgender elected leader in the city. Also in the race are gay men Phil Kim and Connor Krone and lesbian Lenette Thompson.

There are three open seats in the citywide race for the seven-person board; 19 candidates have qualified.

Incumbent Emily Murase, Ph.D., whose seat is up for re-election, was disqualified from the race for not meeting the filing deadline, as first reported by the Bay Area Reporter August 16. In a statement on her website, Murase blamed "mistaken deadline information I received from Elections Department staff," and said she has decided not to challenge the elections department because she is a department head for the city and does not "wish to sue another department." She is the executive director for the San Francisco Department on the Status of Women.

Murase, the first Japanese-American elected to the board, served for eight years. She had been endorsed by gay state Senator Scott Wiener (D-San Francisco), the Alice B. Toklas LGBT Democratic Club, and California gubernatorial candidate Gavin Newsom.

Not seeking re-election after their terms expire at the end of this year are Hydra Mendoza-McDonnell, currently the board's president, and Shamann Walton, who is running for District 10 supervisor. Mendoza-McDonnell is taking a job as deputy chancellor at New York City's Department of Education, according to a San Francisco Unified School District news release, and her last board meeting will be next month.

Though the LGBT candidates each bring unique qualifications and ideas for change to the table, they all support steps to ensure equal protections for LGBT students, and want to address equity in the school assignment process, and increased pay and affordable housing for teachers. 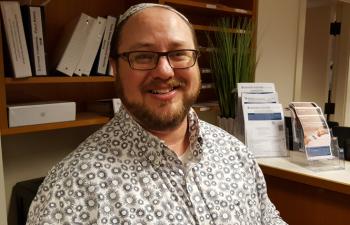 Rawlings-Fein, 41, is married and a father of two children in second and eighth grades in San Francisco public schools. He is an audiovisual technician in UCSF's radiology department and is a leader in Congregation Sha'ar Zahav, the predominately LGBT synagogue. If he wins, Rawlings-Fein would also be the first bisexual person elected official in the city.

Among his ideas for advancing LGBT-inclusive policies and resources in the district include training about gender identity.

The trainings for SFUSD employees would include information about the broad spectrum of LGBT identities, how to best communicate and provide appropriate resources for LGBT youth, and ways to involve parents in LGBT education.

More LGBT safe spaces throughout schools in the district is also something he'd like to see.

"It's important for schools to have spaces for queer and LGBT students to come and be a part of the school community while still celebrating their differences," said Rawlings-Fein, who said he experienced bullying as a trans teen.

He is also a strong proponent of revamping the school assignment process to make it more transparent and equitable, supports the resurgence of a gifted and talented education program, and would like to see the Fair, Accurate, Inclusive, and Respectful Education Act, which requires California public schools to teach about LGBT history, be implemented across all grade levels.

Rawlings-Fein was born and raised in San Jose but has been a San Francisco resident for many years. He's a longtime PTA member and has a master's degree in Jewish studies through the Richard S. Dinner Center for Jewish Studies. 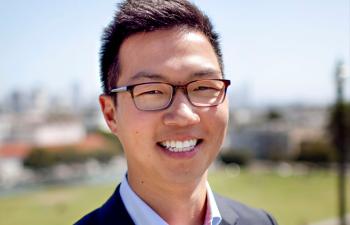 Kim, 28, began his education career at the KIPP Summit Academy as a seventh grade life science teacher, a perspective, he said, the board needs. KIPP is a public charter school in Oakland.

"To have someone on the board with a deep and intimate understanding of the intricacies and nuances of being a classroom teacher and what that looks like is important," he told the B.A.R.

It's also important to have a board, he said, that not only reflects the diversity of the district, but to have members who can relate to the experience of the district's families. Kim comes from a low-income, first-generation family.

While acknowledging he does not have children, he said he understands the needs of students and parents.

Using data, including test scores and student and parent feedback, to alleviate the achievement gap, is also a top priority, as the district has historically underserved minority communities, particularly black and brown families, he explained.

"We have to look at the data and be more reflective and responsive to it and use it to prioritize resources to better support families," Kim said.

A significant factor in closing the achievement gap, he said, is elevating the quality of instruction in the district. Kim would like to see more in-classroom resources for teachers, professional development of employees, and like the other candidates, see a more equitable school assignment process.

Increasing STEM (science, technology, engineering, math) opportunities for students is also part of his platform. This includes funding for after-school STEM programs, building partnerships with STEM companies, creating internship programs for students, and giving them more access to technology in the classroom.

Kim also believes the district needs to improve its relationships with parents and build trust.

"The narrative of there being limited quality schools in our district needs to be reshaped, and a part of that is actually changing the quality of instruction and classroom environments," he said.

Kim is currently a manager of science and design, computer science, and engineer for KIPP Bay Area Public Schools, as well as a consultant for the KIPP Foundation.

Satya, 27, is running on helping youth overcome barriers. She is currently a lead employment specialist at the San Francisco LGBT Community Center, where she works one-on-one with LGBT youth to build life skills and professional development, and help them secure jobs. She's also served on numerous groups, including the San Francisco Youth Commission and as the director for youth engagement at Transitional Age Youth San Francisco.

On her website she shares her story of growing up a young trans woman in rural Texas where she faced bullying in school, homelessness, and was a victim of gender-identity violence. Satya did not respond to the B.A.R.'s request for an interview by press time.

"I worked at a community health clinic, an afterschool program, and various programs for homeless youth for over five years and saw, first hand, how hard it can be for people facing multiple barriers to success," her website states. "My story is a testament to the fact that with the right support and mentorship, youth facing multiple barriers can not only survive, but thrive!"

Satya, who does not have children, secured an early endorsement from the Harvey Milk LGBTQ Democratic Club. 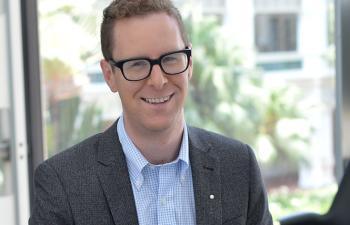 Krone, 31, is running for public office for the first time. Krone is the founder of Money Study, a nonprofit network of financial education labs located in high schools throughout the district. Krone spends about 60 percent of his time teaching high school students how to apply for financial aid for college and financial management.

He said the board needs more people on it who have direct experience with high school students. He has also worked extensively with the school board in his role for Money Study, bringing both internal and external experience with the district to his candidacy, he said.

"The board of education really doesn't reflect the population in our schools," he said in an interview with the B.A.R. "It needs real educators working in classrooms who understand what's happening. I want to bring the voices of our students and their families to the board."

He would also like to see stronger STEM and vocational programs in the district and make it easier for companies to partner with the schools, a process he called "too complicated."

"We need to embrace the spirit of innovation and the ways the city is changing," he said. "And do more to expand our opportunities with kids to work with companies at the forefront of 21st century skills."

Making changes to the school assignment process is also a way he would like to address the fact that academic outcomes for low-income students haven't changed in many years, he said.

Krone supports teaching LGBT history in schools and advancing protections for trans youth, including allowing them to have their chosen name on student identification cards and enrollment forms.

Currently, Krone is co-chair of Interact, a youth leadership and community service program sponsored by Rotary International. He formerly lived in Singapore, where he worked as director of entrepreneurship and innovation programming for the Academy and was a program director of Network for Teaching Entrepreneurship. He does not have children. 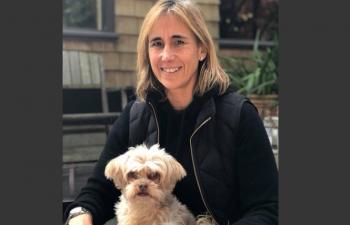 Thompson, 48, is a lesbian mom of four children. She has worked for the San Francisco Fire Department for over 25 years and said she got tired of complaining about the issues in the district and wanted to actually do something.

Overhauling the school assignment system to fix educational inequities and targeting resources to students most in need are two of her main platforms.

One way to help close the achievement gap is introducing wellness teachings into academics, Thompson, who was president of the West Portal Elementary PTA for four years, said.

"Visitacion Valley started mindful meditation in 2007, and it was transformative," she told the B.A.R. in an interview. "The attendance was up to 98 percent, the suspensions were down 89 percent."

Thompson would like to see transcendental meditation, which includes quiet time for 15 minutes every morning and afternoon, implemented throughout the district.

Incorporating LGBT history into classrooms is also something she'd like to see.

"If I get elected to this board I want to make sure kids in the public school system, where they spend seven hours a day, have the awareness of the LGBT community and history of the gay community, starting with Harvey Milk," she said.

Endorsements
Although all candidates' platforms include advancing protections and opportunities for LGBT students, the city's two main LGBT Democratic clubs failed to endorse the out candidates, with the exception of the Milk club, which early endorsed Satya.

The Milk club endorsed two straight women of color for the other two seats: Alison Collins and Gabriela Lopez.

Collins and Lopez did not respond to the B.A.R. for comment by press time.

The more moderate Alice B. Toklas LGBT Democratic Club recommended endorsements for Murase and Michelle Parker. Club leaders may revisit the endorsement vote now that Murase is not on the ballot.