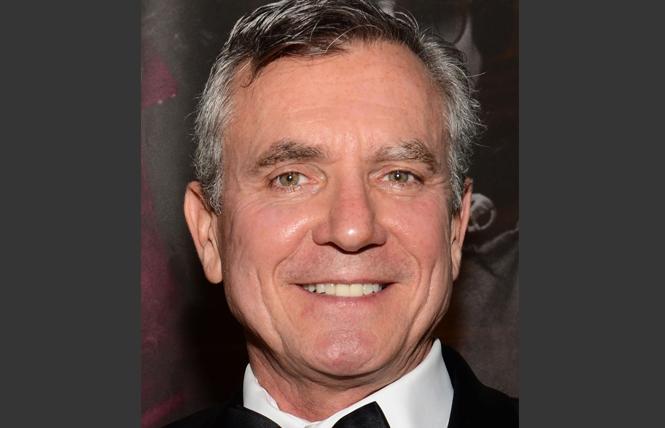 The GLBT Historical Society, which operates the GLBT History Museum in the Castro, has been banned from boosting a post on Facebook. This is the second time in less than a year that the historical society has had issues with Facebook postings.

"Facebook censorship in action: We've attempted to promote a post about our educational forum on the history and current state of transgender rights activism coming up (at the museum) Wednesday evening, August 22, only to be blocked from doing so," the historical society wrote on its Facebook page August 16.

Last year, the GLBT Historical Society saw its ad calling for volunteers at the Folsom Street Fair rejected. As the Bay Area Reporter noted a story at the time, the Folsom ad featured the words "We Need You" in large block lettering, with the words "Folsom volunteers for Queer History Sign Up Today!" in smaller letters underneath. Logos for the historical society and the fair also appeared in opposite corners of the ad.

A second ad, a video posted to Facebook-owned Instagram, was also rejected last year. Though bare-chested leather men were part of the Facebook ad, no nudity or suggestive language was included. Both ads were reinstated after the historical society appealed the decision.

GLBT Historical Society Executive Director Terry Beswick told the B.A.R. that the current ad was an event listing for a community forum at the GLBT History Museum titled "Fighting Back: Transgender Rights Activism."

Beswick claims that the ad has nothing to do with electoral politics but rather a program on a movement for human rights.

"Almost every event we do at the museum could be perceived as being political by some robot or person who doesn't understand what it is that we do," Beswick told the B.A.R. "We're in the business of educating the LGBT community and our supporters about our history and culture. We do a forum every month called 'Fighting Back.' The purpose of the series is to look at a contemporary issue in a historical context."

Beswick noted that, as a nonprofit, the historical society is limited on how much it can spend on electoral politics.

"The IRS has regulations on nonprofits," he said. "You can only spend a negligible portion of your budget on electoral politics or political campaigns. In this instance it has nothing to do with that anyway."

According to Beswick, the historical society is being asked to register as an organization that can post political content. "You can appeal the decision but it will be too late," he said. "The event will be over."

In order to register to post political ads, Facebook requires I.D., a home address, and the last four digits of the Social Security number of the person registering. Facebook will then send, via postal mail, a code. The person must then go back online and enter the code.

"We don't really want to be authorized to post political content because we don't do politics," said Beswick.

Beswick feels that these issues are Facebook's reaction to the congressional and special counsel investigations into Russian meddling in the 2016 presidential election. Published reports have indicated that Russia targeted hundreds of ads on Facebook to swing the election to Donald Trump.

"They're throwing the baby out with the bathwater," said Beswick. "They don't care about losing our $20 or about losing an ad over transgender rights. What they do care about is Congress holding a hearing about their involvement in the 2016 presidential campaign. The fear on the part of our organization, and other organizations, is that this is homophobia at work but we can't prove that. All we can say is that LGBT content is being repeatedly censored."

Beswick added that he was frustrated at having to spend time on this issue.

"The issue of transgender rights is so important right now," he said. "They're the community that's under the greatest duress, and so this event is part of trying to learn from our history so we can make progress in the fight for transgender rights."

The B.A.R. received a message from Facebook representative Devon Kearns.

"People want more transparency around ads with political content and those touching on issues of national importance," Kearns said. "We are certainly not trying to create unnecessary hurdles for people on Facebook, but we are asking that people wanting to run ads with this content get authorized, then disclose who paid for the ad before it runs."

Beswick said that he has a message for Facebook CEO Mark Zuckerberg.

"Give me a call," Beswick said. "I'll be happy to give you a tour of our museum and explain the importance of LGBTQ history."