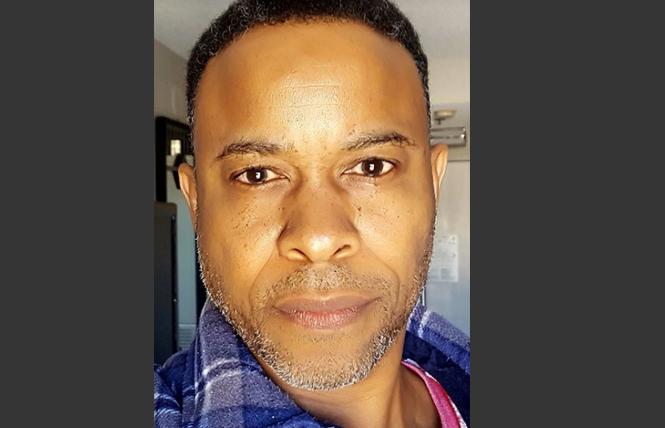 Gay Games historians speak of the event's ability to bring together a "critical mass" of international LGBT competitors in almost every sport to create the numbers and inspiration to form new championship tournaments and governing bodies. Little surprise, then, when basketball activists, gathered in Paris this month for the Gay Games, announced the inaugural World Gay Basketball Championship will be held in 2020.

The championship has a logo, a website under construction (http://www.gaybasketball.org), and a Facebook page (search for "lgbtqbasketball"). What it does not yet have, but hopes to have soon, are a host city and specific dates.

"Meeting every four years doesn't allow players to build and maintain the bonds formed at the Gay Games," Mark Chambers, president of the National Gay Basketball Association, told the Bay Area Reporter. "The WGBC will give players the opportunity to see each other in a more intimate setting geared to promoting community, friendship, and great competition, which will make coming together for the Gay Games an even greater experience."

Organizers want to create a body that will facilitate global connections with the sport.

"The hope is that an international basketball body will form over the next 12 months that will lay out the foundation for international competitions that everyone can agree on," Chambers said. "It is time for an international body to represent LGBTQ basketball and bring players together. Many countries have tournaments, but unless a player is connected to someone in the host city, the information is not distributed wide enough. The WGBC will allow all players to get information from all corners in one place."

Player registrations are open for the fall season. Interested players should go to http://www.sfgsl.org for information.

Powerlifting plans Gay Games return
The sport of powerlifting, which in the Gay Games has long been a complicated production, was left out of plans for the Gay Games completed this month in Paris but should return to the fold in time for the 2022 event in Hong Kong.

"We are delighted with discussions that have taken place and the LGBT Powerlifting Union has agreed to assist the next Gay Games host city Hong Kong to deliver and promote their powerlifting event," Chris Morgan, co-president of the union, said. "Of course, we are disappointed not to have been able to participate in these Gay Games in Paris, but we are looking forward and growing stronger as a group each year ahead of the next Gay Games in Hong Kong."

In previous Gay Games, powerlifting was sanctioned by an association that required strict drug-testing following rules used by the World Anti-Doping Agency for elite competitive athletes. Those rules allow for therapeutic-use exemptions that require major documentation and repeated testing, but make no allowance for some AIDS-related conditions, such as steroids used to combat facial wasting. This was increasingly seen by the Federation of Gay Games and its host cities as interfering with the mission to make sports as inclusive as possible and especially impacted HIV-positive athletes.

Registrations for powerlifting plummeted with the 2010 event in Cologne, and the sport was salvaged by the Cleveland Gay Games in 2014, only at the last minute, when a local club stepped in to help with the event.

The Paris omission stimulated efforts within the sport to create a new organization to support the Gay Games mission and help run the quadrennial tournaments. The LGBT Powerlifting Union ran its inaugural world championship in 2017 then held its second one in London shortly before the Paris Gay Games, introducing an MX third-gender category to encourage participation by transgender, nonbinary, and intersex athletes. The 2019 championship is scheduled for July 19-21 in Blackpool, United Kingdom.

For more information on the union and the world championships, visit http://www.lgbtpowerlifting.org.

Afro Games 2018
The 2018 Afro Games will be held December 9-14 in South Africa to promote the rights of LGBT individuals in Africa. Sports competitions will include track and field, swimming, and field events such as rugby, soccer, and volleyball.

For information, visit the AfroGames2018 Facebook page or email info4afrogames@gmail.com.