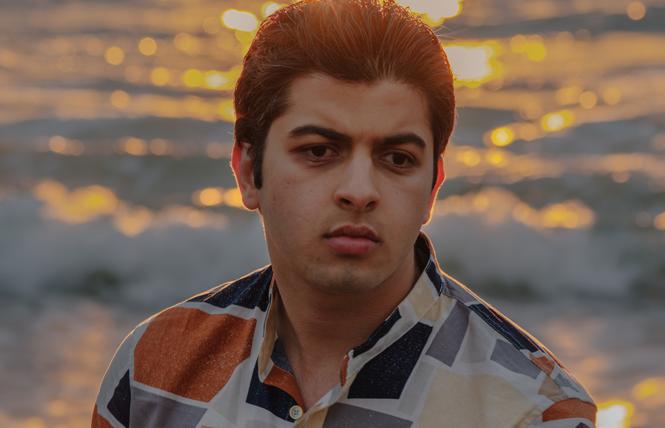 In August 2013, Laurel Hilbert arrived in Los Angeles on a student visa to learn English. Then named Ahmad, the blind 17-year-old had no money, no friends, and did not know the language of this vast country.

"I came here because I didn't have too many options in Saudi Arabia," he said.

Hilbert was born in Syria and had moved to Saudi Arabia as a kid. As an inquisitive child, he quickly noted that his disability would keep him from advancing in life and embarked on the journey west - an expedition that would render him homeless in Los Angeles, a college student in New York City, and, finally, an entrepreneur in San Francisco.

"It starts with an idea," he said. "I want to be someone who contributes to society."

Hilbert is now 22, a gay man, and the founder and CEO of A Dignified Home Children and Youth Services, a nonprofit public charity that aims to provide permanent, sustainable housing for homeless young people between the ages of 12 and 24.

"A Dignified Home Children and Youth Services is also a family foster agency, as well as [an] adoption agency," said Hilbert.

"The organization in itself was inspired by my own personal experience," he continued. "Having lived the perpetual life of being bounced from one unstable living situation to another, I decided to start an organization that will give people a dignified home, and not ask the young people we serve to leave at a moment's notice. Our philosophy at A Dignified Home is rooted in permanence and driven by a true belief in each individual's unique potential to blossom and succeed."

With the use of adaptive technology for the blind, such as a screen reader, Hilbert is leading his organization through its first year of inception.

"At A Dignified Home Children and Youth Services, I have four independent contractors, four board members, including myself, and a little over 29 volunteers," he said.

Like for any entrepreneur, funding is a priority for Hilbert, and he recently ran the San Francisco Marathon to raise funds for his organization.

Hilbert completed the 26-mile run with the help of Chad Upham, a board member at A Dignified Home, who guided Hilbert through the sloped streets in San Francisco.

Upham said, "He pushed through the wall around [the] 17/18-mile mark but strained his knee on a down hill from Haight Street into the Lower Haight around mile 21. Nevertheless, he persisted, walking steadily the final five miles, even when the surprise bump in the road would cause more pain."

Belo Cipriani is an award-winning author and prize-winning journalist. His new book, "Firsts: Coming of Age Stories by People with Disabilities," will be published October 1. Learn more at www.belocipriani.com.