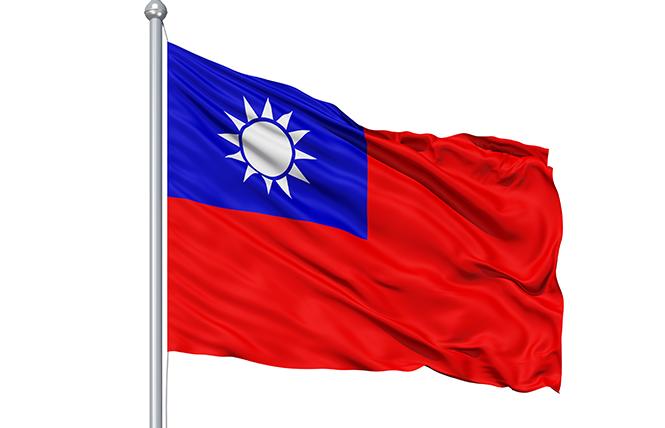 LGBT athletes in Taiwan are hoping to send 25 participants to Paris next month for the Gay Games. Their biggest concern the past few months had been raising enough money for the trip, but alarms were raised this week that, although the athletes can self-identify with any gender they prefer in the LGBT-inclusive sports festival, they might not be allowed to choose the name and flag under which they march.

Gay Games organizers were reportedly being pressured not to allow athletes from Taiwan to carry their national flag with them when they march in the opening ceremonies in Paris August 4.

Yes, China, the country that for years has claimed it has no gays or lesbians living within its borders, now wants to claim LGBT athletes who do not even live in China as their own.

Gay Games X are licensed by the San Francisco-based Federation of Gay Games, but are organized by Paris 2018.

Yang Chih-chun, president of the Taiwan Gay Sports and Gay Development Movement Association, told Agence France-Presse it was informed last week by organizers that the French government had expressed concerns to them about the use of the Taiwan national flag.

"Our logical conclusion is that China protested to the French government or otherwise this would not have happened," Yang Chih-chun told AFP.

Yang said the athletes wanted to be able to compete as Taiwan under the Taiwan flag in Paris because the opportunity is so rare and it will not be possible when Gay Games XI are held in Hong Kong in 2022.

"The FGG has not had any communications with anyone in the French government," FGG co-president Sean Fitzgerald said. "The Paris 2018 team has handled this delicate situation."

Manuel Picaud, co-president of Paris 2018, said the team would be identified as being from Taipei, the capital of Taiwan, on the sign that will lead the team into the ceremonies.

"According to Gay Games founder Tom Waddell, the Gay Games should not be about geopolitics," Picaud said. "It is about participation, inclusion, and personal best. It is about equality for all people and respect of all diversities. All participants register individually without any interference or selection by their state. The host and the FGG do their best to continue and preserve this legacy. This is why the parade of athletes is more by region than by country. This is why Paris 2018 doesn't give any flag to teams during the opening ceremony. This is why there is no national hymn during medals awards. And we don't count the number of medals by country. It is personal achievement."

Added Picaud, "We congratulate the Taiwanese team for its role in promoting LGBT rights and we are sure the athletes will have a great experience of sharing, solidarity, and respect during the games in Paris."

The effort to ban the Taiwan flag and name at the Gay Games appears to be part of an ongoing campaign by China to pressure major corporations and events across the globe to refer to Taiwan not as Taiwan, but rather as a part of China, even though it is governed by a separate government. Most international airlines have already changed references to Taiwan on their websites to indicate it is a province of China (which it is not) and U.S. airlines that had not yet complied with the request from China were given a deadline of this week to do so.

In January, China blocked the Marriott website for listing Taiwan, Macau, Tibet, and Hong Kong as separate countries, leading Marriott to change its website and give China an apology for stating the truth.

China has been ramping up political and diplomatic pressure on Taiwan since the Democratic Progressive Party's Tsai Ing-wen became Taiwan's president two years ago. Sports are a public showcase in which China has been particularly sensitive.

Taiwan's Olympic team is already forced to compete as "Chinese Taipei," and this week the island nation was stripped of its right to host the inaugural East Asian Youth Games next year.

The East Asian Olympic Committee reportedly voted Tuesday to revoke the hosting rights for the event, with Japan abstaining but China, Hong Kong (designated host for Gay Games 2022), Macau, and Mongolia, South Korea, and North Korea voting against the hosting rights. Taichung, the city that was going to host the event, said it had already spent $21.9 million on building facilities for the games.

In May, the Gap pulled a T-shirt from the market that displayed a map of China that correctly did not include Taiwan or other South China Sea islands governed by other countries. The company apologized and said it had destroyed unsold shirts.