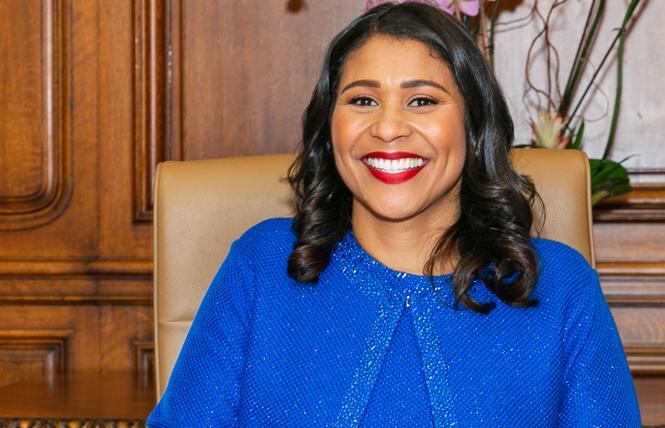 Dubbed Safer Inside, the full-scale model will be open to the public from August 28-31. Drug injection at the site will not be permitted during this period.

"Having a physical space makes a huge difference," Glide clinical director Kenneth Kim told the Bay Area Reporter. "While we're waiting for all the legal issues to be considered, we can move ahead and start engaging with the community about what San Francisco's version of a safe injection site should look like."

Supervised injection facilities allow people to use drugs under the watch of medical staff, reducing the risk of overdose deaths. The facilities provide sterile needles, preventing transmission of HIV and hepatitis B and C. They reduce street-based drug use and improper syringe disposal, as well as offer clients an entry point for seeking addiction treatment and medical care.

There are currently about 100 safe injection sites around the world in countries including Canada, the Netherlands, and Australia. Vancouver's Insite - the first North American facility - served more than 7,300 clients in 2017, according to Vancouver Coastal Health, which manages the facility. More than 3.6 million clients have used the Insite since it opened in 2003, with no overdose deaths.

San Francisco is home to an estimated 22,500 people who inject drugs, with around 100 overdose deaths annually - down from around 200 before the widespread use of Narcan (naloxone), a medication that reverses overdoses. The increasing availability of fentanyl, a much stronger opioid than heroin, is a growing concern.

"By moving folks with substance use disorders off the streets and into a supervised and safe environment, we eliminate overdose deaths, eliminate HIV and hepatitis C transmission, and build relationships and connections with participants who use the facility," said Paul Harkin, Glide's manager of HIV, hepatitis, and harm reduction services. "The data show that folks who use these facilities use less drugs and are more likely to seek drug treatment. It may seem counterintuitive, but the outcomes are all good."

Although the site is still being designed, it is expected to have several booths where clients can inject drugs they bring from outside, as well as a common "chill" space. Once open for business the injection facility will be integrated with the full range of medical, mental health, and addiction services offered at Glide.

Glide worked with Capital One Design to develop the demo site, seeking input from potential users, nearby residents, and other stakeholders - a process that will continue when the model opens next month.

"It's not just a one-way advocacy exhibit," Kim told the B.A.R. "It really is two ways, and we're hoping to get feedback from those who come in who are absolutely against the idea all the way to folks who are saying, it's about time."

Legal concerns
Breed, who lost her younger sister to a drug overdose, championed safe injection sites as District 5 supervisor and is continuing the effort in her first days as mayor.

"The impacts of the opioid epidemic are being felt all around our country and acutely here in San Francisco," said Breed in a statement to the B.A.R. "I want to change what we see on our streets and that change requires bold solutions and a willingness to try something different like safe injection sites. The Safer Inside Demonstration Project is going to help show San Franciscans what these facilities look like and how they can serve those who are struggling with substance abuse issues. Continuing to educate the public about these sites is critical to helping us make them a reality here in San Francisco."

In February, the San Francisco Health Commission unanimously adopted the recommendations of the city's Safe Injection Services Task Force, putting the city a step closer to opening the first supervised injection facility in the United States.

"The health department has been working on safe injection services with the full support of the mayor, the city, and the community, and we are still working through legal barriers," San Francisco Department of Public Health spokeswoman Rachael Kagan told the B.A.R. "It is great to see the growing awareness and support for this approach that we know can save lives and connect people to care."

Indeed, the legal barriers may be substantial. On the federal level, Attorney General Jeff Sessions has indicated his intention to crack down on those who provide and use illicit drugs. Already at odds with the Trump administration over its sanctuary city policy, a widely publicized, first-in-the-nation supervised injection facility could put San Francisco in the crosshairs.

San Francisco does not intend to wait for federal or state laws to change. The city has a history of implementing innovative public health approaches regardless of the law, including one of the country's first unsanctioned needle exchanges and some of the first medical cannabis dispensaries. Both of those efforts were started by activists and later adopted by the city, but advocates and city officials are taking the lead together on supervised injection.

"I hope that this demonstration will help dispel some myths and make people more comfortable with the idea," Laura Thomas of the Drug Policy Alliance, who sat on the task force, told the B.A.R. "I'm encouraged by Mayor Breed's strong support and Glide's historic willingness to take risks and do the right thing. I think it's clear to everyone in San Francisco why we need these services. I hope that we don't spend much longer talking about it before we start doing it."

7/19/18: This story was updated to include comments from Mayor London Breed.