Fletcher to be sentenced in Aiello murder 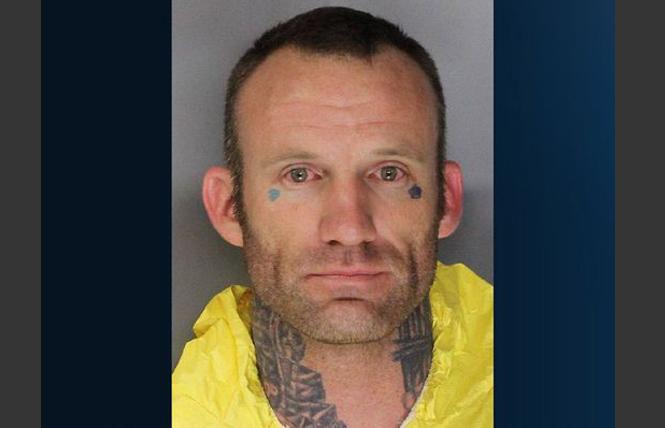 A Sacramento judge will sentence Kyle Billy Fletcher next month, after a jury convicted him last week in the murder of former Bay Area Reporter freelance writer Dan Aiello.

Aiello, a 53-year-old gay man, was found dead in his Sacramento home April 15, 2015, with a belt wrapped around his neck. The two men had known one another for years and were involved in a sexual relationship, according to court testimony and evidence.

The jury also found Fletcher guilty of using a deadly and dangerous weapon and possession of methamphetamine with the intent to sell.

Fletcher will be sentenced August 24. He could face up to 26 years in prison, according to Deputy District Attorney William Satchell.

During closing arguments last week, Satchell argued that Fletcher killed Aiello by pulling on the belt wrapped around his neck and pressing his foot on the upper part of his back for leverage until Aiello suffocated. Satchell's closing argument described Fletcher as a liar and criminal.

Fletcher's defense attorney Donald Dorfman claimed that Fletcher acted in self-defense during the incident and should be found guilty of involuntary manslaughter. Fletcher pleaded not guilty to his charges.

At the time of Aiello's death, Fletcher told detectives that Aiello was trying to force him to have sex and, in order to prevent it, he used just enough force on the belt to stop Aiello. Fletcher claimed that he left the house after Aiello passed out. But police, who testified at Fletcher's earlier preliminary hearing, said that Fletcher didn't say anything about having just defended himself against an unwanted sexual advance, after they discovered Aiello's naked body and saw Fletcher carrying a TV from Aiello's home.

Satchell also said the distinct footprint left on Aiello's back matched the design of the bottom of the shoes that Fletcher was wearing on the day Aiello was found dead. Satchell told the jury this proved that Fletcher used the pressure of his foot to further strangle Aiello.

Aiello's friend Megan Juring attended the closing arguments, but declined to comment to the B.A.R.