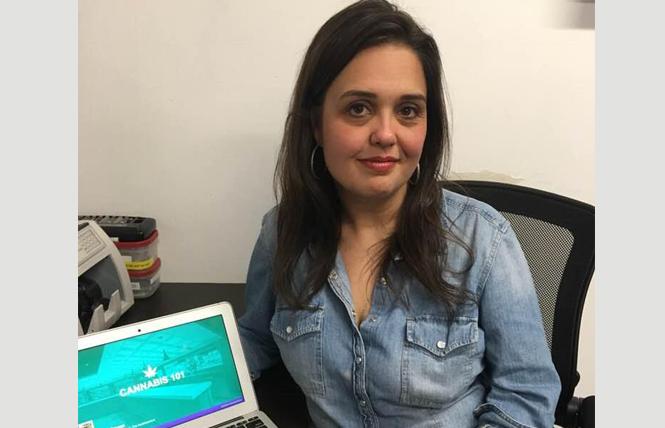 City College of San Francisco will offer a series of workshops on cannabis this summer and is studying the possibility of offering courses that will prepare students for jobs in this rapidly growing industry.

The workshops, entitled "Curious About Cannabis," will be taught by Sara Payan, the public education officer at the Apothecarium in San Francisco and a nationally-recognized cannabis educator, policy advocate, writer, and consultant, and Jamie Lavender, adjunct faculty in the Health Education Department at CCSF and a licensed psychotherapist who works in the harm reduction and dual diagnosis fields.

The workshops focus on three topics: cannabis 101; historical and ethical/legal aspects of cannabis; and cannabis as medicine.

According to the college catalog, cannabis "has a rich history that touches on health care, science, politics, and social justice. As we've entered the age of legalization of cannabis for adult use in California, it's also important to get accurate, nonjudgmental information about cannabis, including how it works in the body. This set of workshops offered by CCSF provides participants with a quality orientation and practical foundation to inform personal and/or professional curiosity."

In an email to the Bay Area Reporter, City College Trustee Tom Temprano, a gay man, said the school "recently convened a forum between our faculty and a range of cannabis industry experts. We are engaging the industry directly and getting feedback on the skillsets they need and the jobs they are looking to fill."

Temprano added that there is a broad array of needs, such as retail, manufacturing, cannabis food products, medicinal applications, marketing, and financing.
"City College is committed to providing access for our students to meaningful employment in this growing industry," he added.

Temprano is a longtime community activist who was elected to the City College board in 2016. He will soon join the office of gay District 8 Supervisor-elect Rafael Mandelman as a legislative aide.

In an interview with the B.A.R., Payan said her own education began seven years ago as a Stage 3 cancer patient seeking information about using cannabis.

"Back then," said Payan, "dispensaries had few, if any, resources for patients to learn and empower themselves."

Most of the dispensary employees "weren't getting the right training," she said.

After Payan joined the Apothecarium, she launched a series of cannabis workshops, which now include cannabis and cancer, the non-euphoric cannabis strains, cannabis for seniors, cannabis 10, anxiety and depression, and cannabis and terpenes. Other dispensaries offering cannabis education include Harvest in San Francisco and Magnolia in Oakland.

Payan, who has been co-chair of San Francisco's cannabis legalization task force for the past two years, hopes the new workshops at City College will "spark an interest" in those who want a career in the cannabis industry to broaden their knowledge on the subject.

While the workshops, per se, won't be adequate preparation for a job in the industry, Payan noted that employers typically seek people who have been "proactive" in learning about the field.

The Apothecarium "is always looking for good people," she said, urging potential applicants to check its website for openings.

Backlash against 'Permit Patty'
At least four Bay Area cannabis dispensaries (Barbary Coast, SPARC, Magnolia, and the Apothecarium) have announced that they will no longer sell products made by the California cannabis tincture company TreatWell Health, after its founder, San Franciscan Alison Ettel, was captured on video reportedly calling authorities on an 8-year-old African-American girl for selling bottled water on a sidewalk without a permit. The video went viral on social media last week - where she was dubbed "Permit Patty" - as another example of a white person calling the police on a black person for enjoying an innocuous everyday activity. (Ettel did call 911, according to a released tape that KTVU broadcast June 29. Ettel first told the San Francisco Chronicle that she only pretended to call the cops.)

Ettel, who could not be reached at press time, admitted to the Huffington Post that her actions were "stupid."

"I completely regret that I handled that so poorly," she said. "It was completely stress-related, and I should have never confronted her. That was a mistake, a complete mistake."