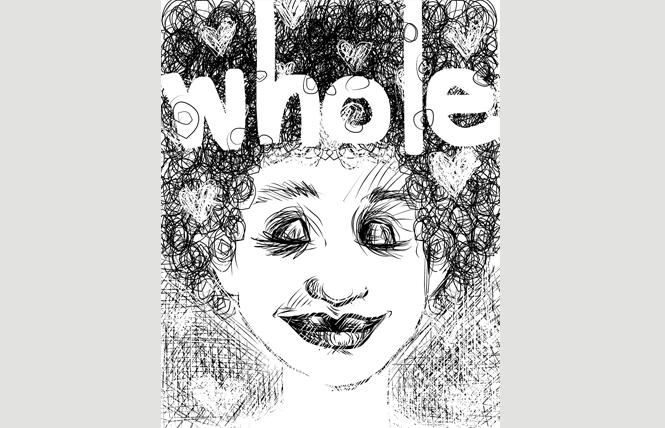 The World Health Organization is dropping transgender identities from its list of mental disorders in its newest edition of the International Statistical Classification of Diseases and Related Health Problems, or ICD.

That's not to say that transgender people won't be represented in the book, used as a diagnostic text for all sorts of health management across the world. Transgender people are simply being removed from the list of mental disorders and being added to the section on sexual health conditions.

Still, it is a step in the right direction, on a trek that started decades ago, when the place to find transgender-specific issues wasn't even under mental health disorders, but was in the criminal code.

Most know that one of the ways the police would harass the clientele of the Stonewall Inn was to use anti-cross-dressing laws, which stipulated that people had to wear at least three items of clothing that matched their birth gender in public at all times, or else you could be hauled off to jail.

Nevertheless, this has always come with a sort of "monkey's paw" curse attached: in order to access hormone treatments, surgeries, and such, one had to be willing to agree that they had a mental issue, long after it became clear that this isn't so much a problem with one's mind, but with one's body.

Allow me a moment of "Transgender 101." While the exact causes are still unclear, it appears that a lot of transgender people have disunion between their mind and their physical body, potentially caused during early development while still in the womb. Our brains go one way while our bodies go quite another.

I should add here that in spite of people shouting about deities "not making mistakes," there is actually a lot of wiggle room in how the human body comes together, and a lot of opportunity for variety. This is not only why we even have transgender people, but also why not all transgender people may exhibit the same elements to their identities.

Regardless, this pathologization that has been present all these years may be a part of why society views transgender people as having a mental problem. It was, literally, what we had to accept for care in the first place.

I'm sure that years of popular culture representation of transgender people as either goofballs, like Corporal Klinger in "MASH," or monsters, like James 'Buffalo Bill' Gumb in "Silence of the Lambs," haven't helped either.

Regardless, the ICD - and by extension, health care professionals who use it - may now view transgender people in a new light. Indeed, part of the reason behind the change was specifically to "reduce stigma" that transgender people face in accessing care.

It's not a perfect move, however. After all, having gender identity stuff listed under "sexual health" in ICD-11 is still a bit of a misnomer and doesn't really fit well in the category. You see, that's also where you find, oh, sexually transmitted infections and paraphilia.

The latter is a concern. While these remain two very separate branches, bad actors could use this to say that the World Health Organization lists transgender people with pedophiles and those involved in bestiality. It would even be technically true, but as close as saying that corn chips and tampons are identical because you can get both out of a vending machine.

In my opinion, not being seen as "disordered" at all would, in its own way, be preferable. Transgender people are no more disordered than, say, a left-handed person or a ginger: we're a deviation from a supposed norm thanks to biological variation.

Yet, that brings us full circle. What would happen to transgender care if there were no "place" for us in the manual? Would a medical professional offer care if there wasn't a code a clinician could point to in a book?

Further, especially in a time when transgender rights are facing a dire threat from an openly hostile administration that is controlled by the fringes of religious conservatism, could we be so sure that we would not end up seeing such a move be used to further erode our rights, or even recriminalize transgender expression? Right now, we are able to claim our ground, in no small part, due to transgender identities having a scientific explanation. What happens if that weren't there?

That said, I would not wish to go back to having to jump through arbitrary hoops and accept a mental disorder evaluation simply to access the care I can get today under modern informed consent methods.

Likewise, I do think we need to continue to press for better care for our community. Part of that, too, may be in understanding the innate variances in transgender identities and expressions, and understanding that we truly are not a one size fits all community, but panoply of possibilities, each with their own needs and desires.

So this is a step, and likely a good one - but there's a whole lot of walking left to do.