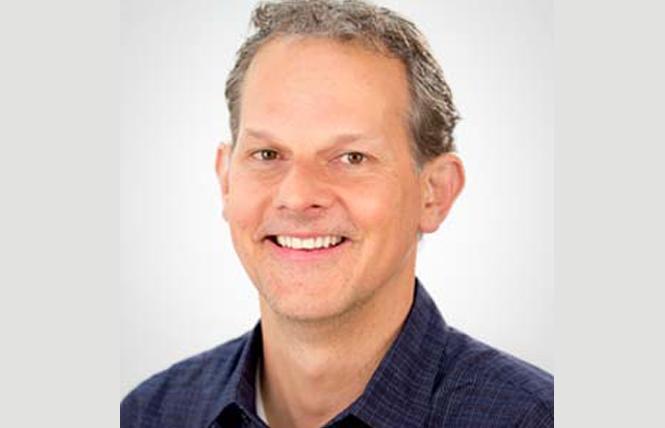 As Johnny Symons, co-founder of the Queer Cinema Project and an assistant professor at San Francisco State University, put it; queer filmmaking is a way for LGBT community members to express the complexities and nuances of their lives to the world. Thanks to a $50,000-matching grant QCP recently received from the Jonathan Logan Family Foundation, more students will be able to share their stories on screen.

The filmmaking program, open to graduate and undergraduate students, fosters amateur queer filmmakers at SF State through community building, education, and guidance from established queer filmmakers. The grant money will be used to strengthen the mentorship program for the 20 or so current students involved, organize monthly meetings, pay for the cost of student productions, and help launch an online platform in partnership with Frameline, an LGBT media arts organization that holds San Francisco's annual LGBT film festival, which will be used to promote student films to the public.

"We are looking at how we can tell LGBT stories to the world and make them as high quality as we can and get as much traction as we can for them," Symons, a gay man, told the Bay Area Reporter in a recent interview.

Symons, along with two other queer SF State professors of cinema - Scott Boswell and Cheryl Dunye - founded the program almost three years ago. As part of the expansion of the QCP mentorship program, the founders and other queer filmmakers will pair with students to give them feedback and guidance on their projects.

Dunye is well known for her 1996 award-winning film, "The Watermelon Woman," the first feature film to be directed by a black lesbian.

"We have a queer sensibility and are all active queer storytellers," Symons said. "We look at what the students are doing and give them advice not only in film making techniques, but we also give them our knowledge of queer culture."

Since QCP's inception, students have produced more than 30 LGBT-themed films. Throughout the year students produce and direct their own short films, participate in screenings, and listen to guest speakers from the queer cinema industry. Symons said, with the grant money, he hopes to increase community-building meetings to once a month for students.

One student, Sam Davis-Boyd, a master's student at the School of Cinema and QCP's intern for the last two years, said networking with other queer filmmakers has been one of the most important aspects about being a member of QCP.

"To be able to be in a room with other queer filmmakers, watching them cut their films, and getting their feedback has been very valuable," the 26-year-old lesbian said.

Davis-Boyd's first film with QCP was a seven-minute film, "The Body I Live In," about being a fat woman in a lesbian relationship with her wife. She is now working on a documentary series that explores the relationships queer people have with their bodies and the social stigma related to societal body standards.

Davis-Boyd also conducted research for the grant proposal to the Jonathan Logan Family Foundation. She said she was grateful for the grant and looks forward to focusing on connecting QCP students with faculty and staff from the School of Cinema and other departments of the university. She said QCP students will be able to meet with teachers on campus for research, ask them to be a part of their film, or seek advice.

"It's so nice to have a lot of support from queer faculty, members, and students," she said.

As a lesbian, LGBT movies were instrumental during Davis-Boyd's coming out. She expressed the importance of QCP as it is one of the only programs of its kind at an academic institution in the country.

"That's what matters for a lot of LGBT people is seeing themselves represented on screen, especially for people of color," she said. "It's very important to have these stories shown and told on mainstream outlets."

She said the program helped her grow into her place as a queer, feminist filmmaker and she hopes it will be able to do the same for more queer students.

Another QCP student, Candy Guinea, who has since graduated, won a film award from the Princess Grace Foundation in 2016 for her film "Mariposa," which she created in the program. The story follows the challenges Guinea, a lesbian, and her partner faced while trying to conceive, as well as the challenges Guinea's masculine-presenting female spouse faced while carrying their child.

Symons hopes the grant money will help bring more awareness to the program and inspire students to create queer film, something that inspired him as a young gay man to mitigate stereotypes and stigma against the LGBT community through the big screen.