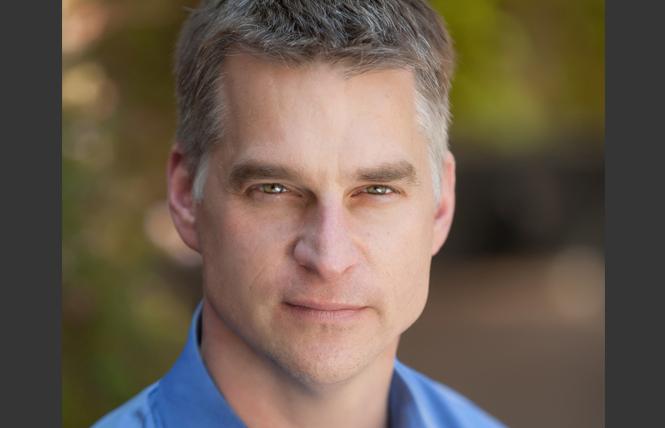 Jim Nawrocki, a gay man who wrote book reviews for the Bay Area Reporter, died May 31 at his home in San Francisco. He was 54.

The cause of death was liver failure, which was a complication of metastatic colon cancer that was diagnosed almost three years ago, his husband, Jason Wong, told the B.A.R. in an interview.

"Jim Nawrocki was a great pleasure to work with and a dependable byline," Friedman said. "He was quite well-versed in the gay literature of our time, and was always up for interviewing major literary figures. His colleagues here will miss him."

"He loved to read, he enjoyed shopping for books to read and collect," Wong said.

He moved to San Francisco about 22 years ago.

In addition to writing for the B.A.R, Mr. Nawrocki's poetry appeared in the Gay and Lesbian Review Worldwide, Poetry, Nimrod, Chelsea Station, the website www.poetrydaily.com, and other journals.

Wong said that, for more than 10 years, Mr. Nawrocki worked in corporate communications for Wells Fargo. There, he did community engagement and other communications duties.

Wong and Mr. Nawrocki were together for almost 15 years. The couple were married in September 2008, during the brief time same-sex couples could get married in California before the passage of Proposition 8. (The U.S. Supreme Court in 2013 threw out Prop 8, the state's same-sex marriage ban.)

Wong said that Mr. Nawrocki could be "quite reserved."

"But once he interacted with you, he had a great wit about him," Wong said. "We created a world together."

Plans for a memorial have not yet been announced.