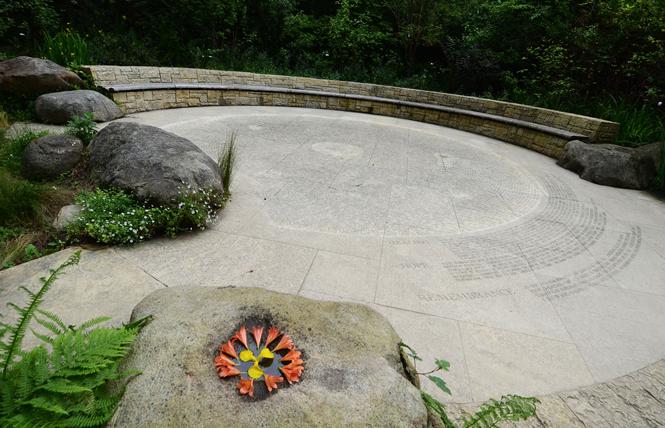 The Circle of Friends, which remembers those who have died of HIV/AIDS, is the centerpiece of the National AIDS Memorial Grove in Golden Gate Park. Photo: Rick Gerharter

It's been just over a year since the National AIDS Memorial Grove announced plans for an AIDS museum, and since then the project is still in a visionary stage, according to grove Executive Director John Cunningham.

Meanwhile, the GLBT Historical Society is moving ahead with its plan for a museum of its own and has received a $50,000 grant from the San Francisco Arts Commission to conduct a feasibility study.

The status of both projects comes on the eve of the 37th anniversary of the first reported cases of AIDS when an article appeared on June 5, 1981, in the Morbidity and Mortality Weekly Report, a publication of the Centers for Disease Control and Prevention.

Although the AIDS museum is in the beginning phase, Cunningham said it is more important than ever to capture the stories of HIV/AIDS survivors and others who lived through the global epidemic that hit San Francisco particularly hard in the 1980s and early 1990s.

"It's a necessity to capture the stories of the epidemic," Cunningham said in an interview with the Bay Area Reporter. "When AIDS is all said and done, there will be one entity that will have the responsibility to tell the story and to inform future generations." 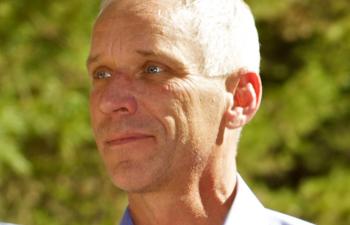 Cunningham said the grove is not considering locations or building designs at this point, and that he would like it on the record that, right now, the grove is not looking at building anything in Golden Gate Park, the city-owned land where the grove is located.

It might not be a consideration as of yet, but Cunningham did say he'd be happy if the memorial nabbed a location in the park.

"There is no conversation of a location yet, although, ideally, it would be great to have it in the park next to the grove," Cunningham said.

There are some concepts, however, that Cunningham is firm on. One, he doesn't want the project to be what most people think of when they think of a traditional museum. Museums, he explained, are retrospective, and he wants the AIDS museum to be a platform for looking to the future that will engage, educate, and inform audiences.

He would also like the stories to focus heavily on the perspective of the social justice movement that grew out of the epidemic.

"We want to tell the story of the AIDS epidemic, but tell it through the lenses of social justice and social change," a perspective, he added, that continues to get lost in other tellings of the story of AIDS. He also wants the museum to be an account of the national story of HIV/AIDS, not just a local one.

Another possibility is that a museum would not have a physical space. Instead, the stories would be told digitally. But if a physical space is chosen, technology will very likely play a large role in creating a more interactive and engaging user experience.

Cunningham is now doing what he calls a "listening tour" with different parties, including leaders of AIDS organization across the country, local politicians, and activists. He is gathering thoughts on fundamental concepts, getting feedback, and building relationships, as the museum will be an international collaboration, he said.

Speaking of collaborating, he has spoken with Terry Beswick, executive director of the GLBT Historical Society, about the museum. Both men say they are open-minded at this stage, but neither is very fond of the idea of combining their efforts, a move that would streamline funding, as both entities will seek money from some of the same parties, likely including the city. 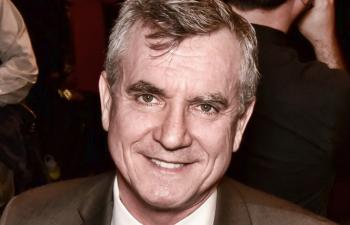 History museum
The historical society's museum would focus more on the entirety of LGBT history, while the grove's museum would exclusively include historic and current accounts of HIV/AIDS.

"The story of AIDS and LGBTQ history are overlapping, but are not the same," Beswick said. "Both stories justify a museum in their own right. My thing is to stay open to all possibilities at this point, but we would not drop the idea of our museum to have a section of another museum."

Beswick brought up the question of whether the city and private sector can financially support the creation of two world-class museums at relatively the same time, but he added optimistically that San Francisco is a city of museums. He talked about the Museum of the African Diaspora in the South of Market district, and the Mexican Museum, currently located in Fort Mason Center, both of which are now affiliated with the Smithsonian.

Beswick recently had an assessment done by architectural firm Gensler's Oakland office, which concluded the needs of the historical society's museum would require about 35,000 square feet. Different locations are being discussed, including the vacant retail location in the Castro district that previously housed Pottery Barn (temporarily being used by gay mayoral candidate Mark Leno's campaign). Beswick said the asking price is around $15 million, although the space would need to be expanded to accommodate the historical society's museum.

Beswick has also spoken with a developer in SOMA about renting out a ground floor space. No location has been chosen yet, but Beswick is very motivated to get the project off the ground.

Gay District 8 Supervisor Jeff Sheehy, who is the first known HIV-positive person to serve on the board, said he would be interested to see the AIDS museum housed in Building 80 at Zuckerberg San Francisco General Hospital and Trauma Center. Building 80, currently vacant, was the first outpatient AIDS clinic and inpatient ward in the country. Sheehy thinks the story of AIDS deserves its own museum and should not be combined in the larger context of LGBT history.

"This is such critical history. The movement needs to be captured and how it happened. The HIV/AIDS epidemic was a global phenomenon and a public health struggle," he said, adding the need for the museum to be located in San Francisco.

"The entire community ran toward the fire, not away from it," Sheehy said.

Rafael Mandelman, a gay attorney who is running against Sheehy in next week's election, told the B.A.R. that he favored the Pottery Barn site for the historical society's museum. He said that locating the AIDS museum in Golden Gate Park "makes sense."

Mayoral candidates weigh in
As for the mayoral candidates running in the June 5 election, if the winner is re-elected next November, he or she could possibly be in office for the next 10 years, likely leaving the project in their hands. At the B.A.R.'s editorial meetings, candidates Leno and Supervisors London Breed and Jane Kim all said they would support a museum dedicated to the story of HIV/AIDS and would also support its location in Golden Gate Park. Though some differed on whether the GLBT Historical Society and the grove should combine their efforts.

Leno, a former California state senator and supervisor, said he thought the AIDS museum was a "very bold and profoundly important project."

He said he is "open to all possibilities right now" regarding its location and that he is supportive of both the grove and GLBT Historical Society's efforts.

"If there is synergy and partnerships to be had, I think we should pursue them," Leno said. "But I don't want to speak for either one of them because I don't know where their negotiations are right now. I don't want to get in the middle of that."

Kim, who recently joined with Leno in asking their supporters to vote for each of them under ranked choice voting, said she thinks it's a good idea to have the two organizations work together.

"When you have two small sites they are never as successful as one bigger site because then you can pool all the donors together," Kim said. "It's hard for donors, and it's confusing for the community. I'd rather have one dedicated amazing space for the community than kind of having it spread out."

Kim thinks the park would also make a good location for the HIV/AIDS museum.
Breed thinks it could be a "great" addition to the park and said she would like the project to be opened to the public input.

"There should clearly be a public process and discussions around it and the design and understanding," she said.

Currently, Florida houses the Worlds AIDS Museum, which on its website said is the "first museum dedicated to the HIV/AIDS epidemic." Cunningham said he has talked with other people from Los Angeles and New York who are also considering similar projects.