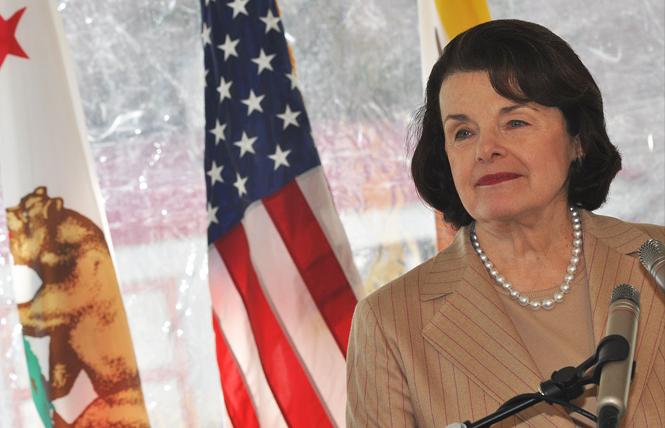 Senator Dianne Feinstein's experience is reason enough to recommend her for another six-year term in the U.S. Senate. With President Donald Trump and his administration's assaults (Russia meddling in the election, bad trade deals, corruption at the Environmental Protection Agency, and targeting of immigrants), California needs someone of Feinstein's seniority and stature now more than ever.

Feinstein has been a leader on gun control issues. It touches her personally. She first came to the nation's attention on November 27, 1978, when she stood at City Hall and announced the shooting deaths of then-supervisor Harvey Milk and mayor George Moscone by disgruntled ex-supervisor Dan White. In 1993, shortly after she was elected to the Senate, a gunman entered the high-rise office building at 101 California Street in downtown San Francisco and killed eight people before taking his own life. It was a shock to the Bay Area at a time when mass shootings weren't as common as they are now. It was Feinstein who passed the assault weapons ban in Congress; sadly, a later Congress allowed it to expire years after. She has introduced a new assault weapons ban. On her website, Feinstein states that she will "continue to author and support additional legislation to enact sensible gun laws, including: closing the gun-show loophole, holding arms manufacturers accountable, raising the minimum age to purchase firearms, and preventing those on the terrorist watch list from buying a gun."

On the environment, an issue under siege by Trump and his appointees, Feinstein has dedicated her career to preserving the state's natural spaces, combatting climate change, and fighting for environmental justice. She authored the California Desert Protection Act that preserved more than seven million acres of California desert. She helped secure over $250 million in federal funding to purchase and preserve the nearly 8,000-acre Headwaters Forest. She authored the Lake Tahoe Restoration Act, which launched a nearly $2 billion public-private partnership to restore Lake Tahoe.

On LGBT rights, Feinstein has been a champion of the community. She was one of just 14 senators to vote against the hideous Defense of Marriage Act in the mid-1990s, and co-sponsored the Employment Non-Discrimination Act, which has never passed Congress. She did state that then-mayor Gavin Newsom's decision to order city officials to issue marriage licenses to same-sex couples in 2004 was "too much, too fast, too soon;" but she certainly wasn't the only Democrat who needed to "evolve" on marriage equality. The important thing to remember is that she did become a supporter of same-sex marriage when we needed it most: four years later in 2008 during the Proposition 8 campaign. She also authored a private bill to help a lesbian couple stay in the U.S., and has stood up to Trump's attacks on LGBTQ equality.

The reality today is that Republicans control the Senate, so there's not much Feinstein and other Democrats can do to prevent anti-LGBT federal judges from being appointed, including Supreme Court justices. (Feinstein voted against Justice Neil Gorsuch, Trump's pick to replace the late Antonin Scalia.) Nor can Democrats do much in the way of spearheading progressive, pro-equality legislation. If Democrats take control of the Senate in the midterms, they could become a check against this out of control president.

Feinstein's detractors display blatant ageism when they say she's been in office too long. They think because she's 84 she can't do the job. We disagree. The Senate is run on seniority - Feinstein is on the intelligence committee and a senior member of the judiciary committee - and her clout carries considerable weight that helps Californians. Her opponent, state Senator Kevin de Leon, has not gotten the traction one would expect if voters are truly unhappy with Feinstein. She made one unfortunate remark last year at a San Francisco town hall when she urged voters to be "patient" with Trump. But since then, we think Feinstein has seen up close how unhinged the president is, and we think her own patience has run out. 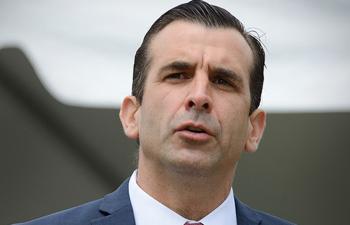 San Jose Mayor: Sam Liccardo
San Jose Mayor Sam Liccardo has been a solid ally to the LGBT community since he won election four years ago. He joined the Mayors Against LGBT Discrimination Coalition, which was started after same-sex marriage became legal nationwide, as a way to organize coordinated responses to other types of discrimination against the LGBT community, such as housing and jobs.

He has also set an inclusive tone in city government, an improvement after years of former mayor Chuck Reed's opposition to same-sex marriage. 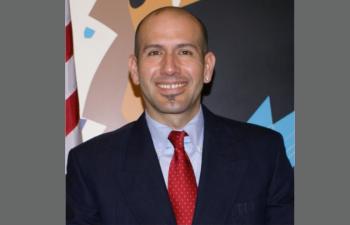 Alameda County Board of Education, Area 1: Joaquin Rivera
Joaquin Rivera is a gay man running for re-election to the Alameda County Board of Education. His top priority is improving the public educational system that benefits all schoolchildren. A community college chemistry professor, Rivera was first elected to the county school board in 2010 and re-elected in 2014. He states on his website that he brings "a strong record of advocacy for students, teachers, and the institution of public education."

One of his goals "is to serve as a link between the school board members in our area and the County Office of Education to make sure that our school districts receive the services they need in areas such as special education, adequate placement for expelled students, [and] training." Alameda County has some under-resourced school districts so his attention to services the county can provide is refreshing.

His opponent is a homophobe who reportedly implied at an endorsement meeting that Rivera is not a "real man" because he doesn't have children. That sounds like gay-bashing to us.

Rivera has been endorsed by the Gay and Lesbian Victory Fund and deserves re-election. 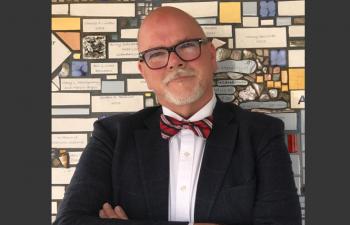 San Mateo County Superintendent of Schools: Gary Waddell, Ph.D.
Gay Pacifica resident Gary Waddell is making his first bid for public office. Currently the deputy superintendent in the San Mateo County Office of Education, he told us in an editorial board meeting that he's ready to take on the top job and has experience at many levels of education as a principal and counselor and a foster parent for special needs youth.

His platform is educating the whole child, and by that he means including arts, civics, social-emotional learning, and environmental education.

"Kids need to understand how government works, but also how to get involved when they see injustice done," he told us.

He said that his collaborative management style would work well in the county office, but that he's also willing to take a bold stand if necessary.

In a Guest Opinion piece for the Bay Area Reporter earlier this year, Waddell wrote about the importance of the FAIR Education Act, which is now being implemented in the state's public schools. The act requires that California's public schools provide fair, accurate, inclusive, and respectful representations of LGBTQ Americans, as well as people with disabilities in history and social studies curricula. He maintains that LGBT community leaders must be at the table to talk about the nuances of historical context to better tell the stories of LGBTQ historical figures.

Another priority is to recruit teachers, and he has ideas to partner with local colleges to encourage those students to become educators.

Waddell has many endorsements from elected officials. We think he will do a good job enhancing public education on the Peninsula. Vote for Waddell. 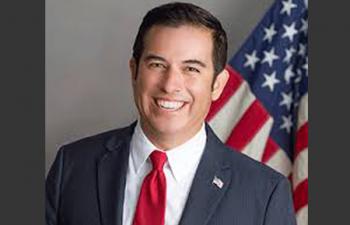 Santa Cruz County Board of Supervisors, District 4: Jimmy Dutra
Jimmy Dutra is a gay man who's served on the Watsonville City Council and now wants to represent a larger portion of Santa Cruz County by being on the Board of Supervisors. He first ran in 2014 but fell short in his bid. While he was out to family and friends, he did not run as an openly gay man. When he ran for City Council, he was an out candidate and won by 26 points. He's running as an out man this time, too. "I have been leading my career this way ever since I was elected," he told us in an interview last year.

Some of the issues Dutra is concerned about are homelessness, and advocating for more LGBT services. He said that when government says no to something, he looks for other ways to accomplish the goal.

Dutra has local government experience and has the endorsement of BAYMEC. It would be great to see a qualified gay man on the Board of Supervisors in Santa Cruz.