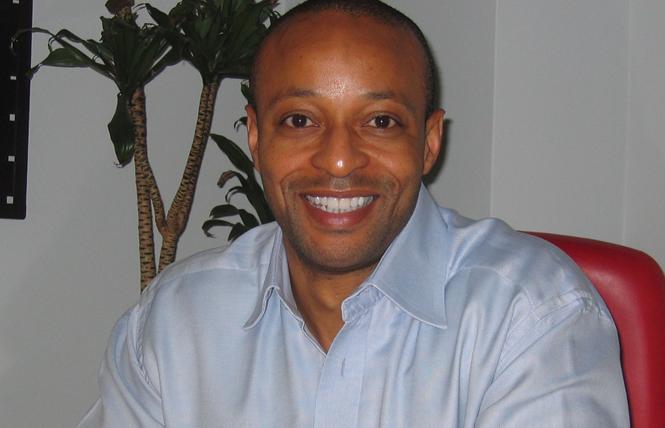 The Positive Resource Center was among 10 local nonprofits in San Francisco that received grant money from the city for rental expenses.

PRC, which includes the AIDS Emergency Fund and Baker Places, will use the funds to help in its upcoming move to the South of Market neighborhood.

Mayor Mark Farrell announced April 2 the disbursement of $500,000 in grants for lease renewal, expansions, and other expenses for a variety of nonprofits as part of the Nonprofit Sustainability Initiative, started in 2015 under the late mayor Ed Lee.

PRC received $62,931, which CEO Brett Andrews said would be used to support the move from its current location at 785 Market Street. The move will allow PRC and the organizations that merged with it in 2016 - AEF and Baker Places - to house their administrative staff under the same roof. AEF, as its name implies, provides cash assistance to people living with HIV/AIDS. Baker Places, now known as PRC Baker Places, provides residential treatment and supportive housing for people with mental health, substance abuse, and HIV/AIDS-related issues.

A news release from the mayor's office stated the new PRC offices would be located at 170 Ninth Street, but Andrews would not release details of the move to the Bay Area Reporter, except confirming it will be in SOMA, as the deal has not been finalized.

But Andrews did talk about the importance of the funding for PRC.

"We can't do this alone," Andrews, a gay man, said in an email interview with the B.A.R. "It means a great deal to know the city, and Mayor Farrell in particular, values the impact that organizations such as PRC have on the city's most vulnerable populations."

PRC applied for the grant and has been a longtime partner with the Nonprofit Sustainability Initiative and its precursor, the Nonprofit Displacement Mitigation Program, which started in 2014. Last year, PRC received $40,000 in grants from the initiative to pay rent when it faced losing its Market Street location due to a sharp rent increase, an example of the nonprofit's need for rental help to continue focusing on its services and programs, as Andrews pointed out.

"Only as a society can we come together to address such pressing issues as HIV, substance abuse, and mental health," he said. "The partnership PRC has with the city advances these efforts exponentially."

Andrews also spoke about the particular need for the city's support during a time when its communities face homelessness, housing shortages and an opioid crisis.

Farrell mentioned some of the PRC's services tackling those specific issues in an email with the B.A.R. He talked about Hummingbird Place, a 15-bed Navigation Center that opened last August inside Zuckerberg San Francisco General Hospital, which provides access to recovery and wellness programs to the homeless and mentally ill. Most patients stay at the facility for two weeks. It is the city's first Navigation Center that deals specifically with mental health issues and addiction.

"PRC provides a wide range of essential services to San Franciscans, as exemplified by Hummingbird Place," Farrell said. "The organizations that have joined forces to become PRC ... will align their efforts in one space for the first time to direct resources to where they are needed the most."

PRC opened in 1987, and today after the mergers, serves more than 5,000 clients a year, according to its website.

The nonprofit is just one that has been helped by the Nonprofit Sustainability Initiative, which is overseen by the Office of Economic and Workforce Development, the Mayor's Office of Housing and Community Development, the San Francisco Arts Commission, and the Northern California Community Loan Fund. It has awarded $6 million throughout the last two years to nonprofits that provide legal services to immigrants, workforce programs for seniors and people living with disabilities, youth development and arts programs and employment and entrepreneurship training in low-income and historically under-resourced communities citywide.