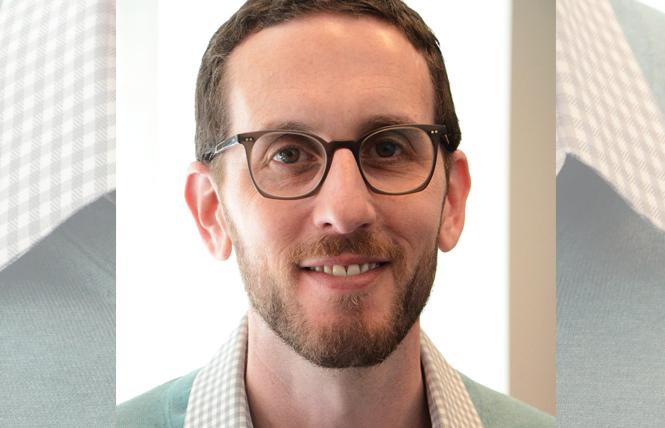 Senate Bill 990 also ensures equal access to programming and work opportunities for transgender individuals in custody who are housed outside the general population for their own protection, which happens frequently.

"Every aspect of our criminal justice system, including correctional facilities, must treat people equally and with basic dignity and respect," Wiener said in a statement. "This law ensures that transgender individuals - who are disproportionately victimized by discrimination - are allowed to affirm their gender identity and access the basic programming so essential to reducing recidivism and preventing isolation."

More specifically, SB 990 allows people the opportunity to specify their gender identity, first name, and gender pronouns during the intake process at all jails and prisons in California. Under the bill, this information is required to be used by all employees and staff of the correctional facilities.

Last year, lesbian state Senator Toni Atkins (D-San Diego), sworn in last week as president pro tem, authored SB 310, which was passed and signed by the governor. It allows trans prisoners the right to petition the court for a legal name or gender change. Once obtained, this new name and gender must be used on all documentation, but does not require facility or staff to use it like SB 990.

"This bill is an important step to ensure that transgender people have their identity and dignity affirmed while in custody and that they are not further punished simply because they are at greater risk of assault or harassment," said Melissa Goodman, director of the American Civil Liberties Union of Southern California's LGBTQ, Gender & Reproductive Justice Project which sponsored the bill.

The additional portion of the bill recognizes the isolation and solitary confinement many transgender inmates, particularly trans people of color, face and the lack of resources and opportunities that result.

Transgender prisoners, along with LGBQ inmates, are known to be at much greater risk of sexual victimization and other forms of assault or harassment in custody, advocates said. According to the U.S. Justice Department's Bureau of Justice Statistics, trans women are nine times more likely than other prisoners to be victims of sexual harassment or assault.

Because of this, they are often removed from the general population and placed in locations, which often do not include access to services like rehabilitative, educational, and religious programming, as well as work opportunities.

The bill guarantees equal opportunity and resource access to all transgender individuals who find themselves in solitary confinement or limited access housing to no criminal fault of their own.

A news release from Wiener's office stated that SB 990 will not apply to individuals removed from the general population due to that individual's own alleged violation of criminal laws or institutional rules.

Other sponsors of SB 990 include Equality California and Lambda Legal Defense and Education Fund.

"No one deserves to be subjected to cruel and unusual punishment - that's a fundamental American value and one enshrined in the Constitution," EQCA Executive Director Rick Zbur said in the release. "This critical legislation will help eliminate harassment and abuse in our prisons, reduce recidivism rates and ensure that all inmates - regardless of their gender identity or sexual orientation - are treated with dignity and respect."

Wiener said the bill has the support of the Transgender Law Center, TGI Justice Project, and the National Center for Lesbian Rights.