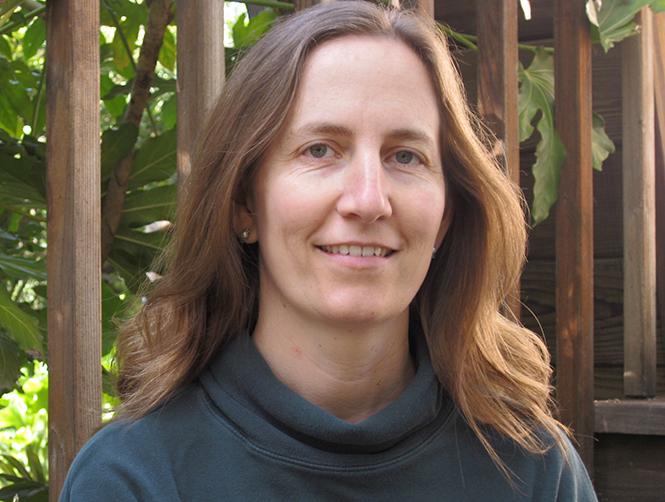 The criticism came as lawmakers are scrutinizing whether the medical procedures are necessary. Earlier this month, gay state Senator Scott Wiener's (D-San Francisco) office held an informational hearing on the issue.

Days after the March 2 hearing, Wiener introduced Senate Concurrent Resolution 110, which calls on medical professionals to discontinue the use of sex assignment and normalizing surgery performed on intersex infants.

At the Sacramento hearing, which was livestreamed, Anne Tamar-Mattis, founder of InterACT Advocates for Intersex Youth and an adjunct professor at UC Berkeley School of Law, said that although the San Francisco Human Rights Commission published a report that called for an end to normalizing surgeries more than 10 years ago, and the medical community's consensus that the vast majority of intersex cases do not require surgery, UCSF's website still claims that normalizing surgeries are "OK" regardless of knowing the infant's eventual gender identity or without knowing the possible consequences for that particular infant.

She was referring to the "treatment" tab on UCSF's "Disorders of Sex Development" webpage that reads, "Treatment varies depending on your child's diagnosis. Some children need surgery while others do not. Surgery may include reconstruction of the external genitalia or removal of abnormal sex organs or sex organs that do not match the sex of rearing. Some children require life-long hormone or electrolyte supplements."

Dr. Larry Baskin, a urology professor at UCSF, did tell the Bay Area Reporter in an email that such surgeries can be performed "when medically indicated." He did not elaborate further.

Wiener, who was not able to attend the informational hearing, told the B.A.R. that he's hoping to engage with UCSF and other medical centers on the issue, in part through his resolution.

"To enable better and healthier lives for children and their families, we need to have a frank conversation with the medical community about what is medically necessary and what can wait a few years until a child is able to express their gender identity," Wiener said. "I have great respect for UCSF, and we will engage with UCSF and the other health care organizations to ensure we are all moving toward a better place on this important issue."

Complicating the matter is that initial mainstream press coverage confused Wiener's resolution, which is nonbinding, with a bill. That resulted in inaccurate headlines that Wiener had introduced a bill, which can become law if passed by the Legislature and signed by the governor.

The resolution, which InterACT is sponsoring, allows the Legislature to recognize the intersex surgery issue without anything actually becoming law. Wiener may come back at some point with proposed legislation.

Sugee Tamar-Mattis said parents are misled by physicians to believe that their children will be bullied or there are negative psychological outcomes associated with having different genitals, although there is no credible evidence to support these claims. Sugee Tamar-Mattis said there is, however, extensive evidence of harm that can come from these surgeries, including loss of sexual sensation or function and incorrect surgical sex reassignment.

"I am really ashamed of my fellow physicians who continue these harmful and unethical practices," Sugee Tamar-Mattis said. "It's time that they stop and it's time they stop now."

Michael voiced EQCA's support for the resolution, saying that although many intersex people do not identify as LGBTQ, the two communities overlap and are united based on principles of consent and autonomy over one's body. According to Wiener's office, approximately one in every 2,000 individuals is born intersex.

"Intersex individuals are forced to undergo medically unnecessary surgeries in infancy well before they have any ability to consent or engage in that process," Michael said. "This stems from fear of their bodies because they are outside the typical ideas of female or male. Similarly, transgender people are often denied medical treatment in adolescence and beyond because of fears of their bodies being atypical."

Anne Tamar-Mattis said that she founded InterACT in 2006 after hearing the stories of many of her intersex friends who suffered from having sex assignment surgery at birth.

"I founded this organization because I have many intersex friends and loved ones who have suffered incalculable harm at the hands of doctors in the form of normalizing surgeries," she said at the hearing. "Parents allowed this because they trusted their doctors and the damage done to their families was enormous. I couldn't stand by while this practice continued, including at hospitals here in California.

"I know our Legislature can do the right thing, which is to voice strong support for intersex young people and a desire to keep them safe," Anne Tamar-Mattis added. "To ensure that damaging, medically unnecessary surgeries performed without their consent need not be a part of their lives."

She went on to list organizations that support the nonbinding resolution and claim normalizing surgeries are a violation of intersex people's human rights, including: the United Nations, World Health Organization, Physicians for Human Rights, Human Rights Watch, and three former U.S. surgeons general have offered a paper to end normalizing surgery, along with the American Medical Association's Board of Trustees.

SCR 110 must be presented to both the Senate and Assembly, but will likely be referred to a committee first, according to Wiener's aide Miles Horton.

There is a 200-page report regarding the potential harms of normalizing surgeries and evidentiary support on InterACT (https://interactadvocates.org/) and Human Rights Watch's (http://www.hrw.org) websites.