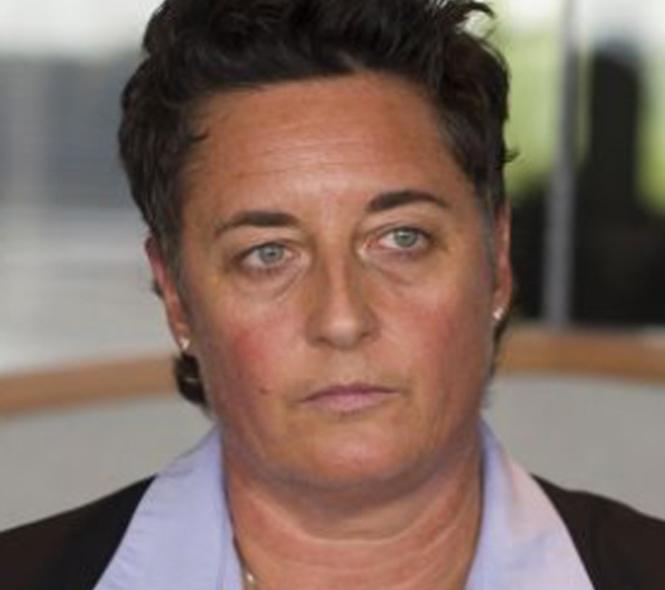 As the men's college basketball scene descended into its annual March mayhem, this year particularly mad with improbable comebacks and inconceivable upsets played out against a backdrop of deep-rooted corruption and bribes, the women's college hockey world got its own gut check.

After a nine-day trial, a federal jury last week awarded former University of Minnesota Duluth women's hockey coach Shannon Miller $3.7 million, saying the university had targeted her with retaliatory discrimination leading up to the 2015 non-renewal of her contract and the contracts of her entire coaching staff.

"It's a really big moment for myself, but also for women, specifically women in college athletics," Miller told the Star Tribune. "And also for LGBT people - be authentic for who you are and fight discrimination, despite the risks. I hope it reverberates across the country. I've been discriminated against my whole life as a woman, and certainly as an openly gay woman. I've watched so many women be discriminated against in many walks of life ... completely understanding that I would be fighting for many, many women, and I also understood the magnitude of the fight that I would be taking on."

The university said Miller's contract, about $20,000 less at the time than the men's coach's contract, was too pricey - and that did not sit well with the jury. Ditto the school's belated assertion that a backsliding performance by the program figured into its decision. The jury found that the university created the conditions for any slip in team performance by its failure to support not just Miller, but the entire women's program.

Miller was the highest paid coach in women's hockey - and her resume more than justified her salary. She became the team's first head coach in 1998 and has been the most successful coach in the sport since then, leading the team to eleven Final Fours and five NCAA Division I championships. When she was told her contract would not be renewed, her team was ranked No. 7 in the country.

At the time, Duluth's athletic program, which is in Division II in all sports except hockey, was in a $6 million hole. The school's claims that it was helping address that deficit made no sense since any replacement coach would cost almost as much as the $215,000 being made by Miller; and the fact that it was not making any cuts in the men's hockey program.

"Yes, she is the highest paid women's college hockey coach in the country, but her base salary is still $20,000 less than UMD men's coach Scott Sandelin," Kate Fagan wrote for ESPN.com in 2015 when Duluth first announced Miller's contract was not being renewed. "Essentially, UMD drove a stake through the heart of one of the best women's hockey programs in the country so it could maybe save about $65,000. The whole move goes down about as smooth as a cup of gravel. Consider this: Miller had already told the school she would take less money. Also, the operating budget for women's hockey was already about $275,000 less than that of the men's program."

The jury verdict is stunning and had some socially myopic critics focusing on whether any hockey coach, man or woman, is worth $200,000 or more a year (never mind that's about how much some football coaches spend on clothes). But don't fixate on that number: concentrate on how the university, which once was focused on establishing the best women's hockey program in the country, betrayed that goal step by step, year by year.

As the fledgling sport became more competitive and other programs invested more money in the sport, Duluth did not match their commitment. As other programs began to surpass Duluth, Miller became more and more outspoken in her requests for the university to support the program and the athletes in it. As the need grew for the athletic department to make cuts, more and more of those cuts fell on the women's team, not the men's.

Duluth's treatment of Miller was a symptom, not the disease. The disease was the overt sexism that valued female athletes and athletics less than their male counterparts.

Sadly, the disease is not limited to Duluth. It is rampant throughout college sports, in one athletic department after another, reflected again and again in fewer resources and less respect. Don't think the Miller-Duluth case will be a one-off: expect it to be an opening salvo.