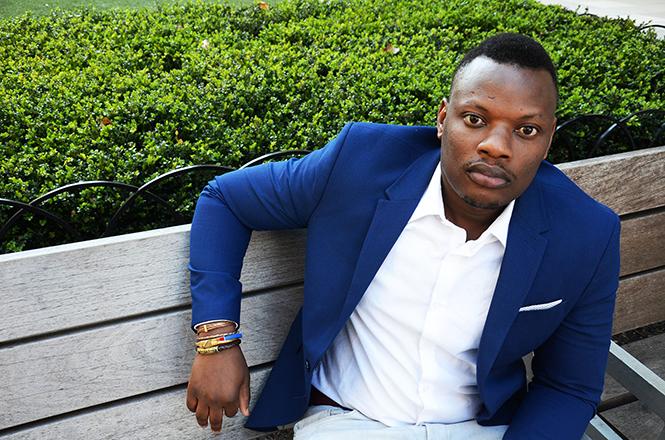 A Ugandan gay activist visited San Francisco last week, in part, to raise awareness of the plight of LGBT people in his country, and to raise funds for All Out, an international LGBT rights group.

"Things are not good," Isaac Mugisha, 25, told the Bay Area Reporter. "Eighteen people were arrested at the 2016 Pride Parade. One gay man jumped off the fourth floor of a building in order to get away from the police." The gentleman in question survived, according to Mugisha, and is now an activist.

Mugisha is the advocacy and communications director for Spectrum Uganda.

Another issue facing LGBT Ugandans is employment. "There's a big rate of unemployment in Uganda," Mugisha said. "So LGBT people cannot compete. On a job interview people will be asked how their reputation will affect the company, so some people can't find work. It's not easy being out."

He added that he's considered leaving his country but decided to remain. "Leaving will not change the situation in Uganda," he pointed out. "A lot of people have run away. It's like running away from home, so who will do anything about it if everyone leaves?"

Religion, according to Mugisha, is one of the reasons the laws in Uganda are so harsh. He mentioned Scott Lively, an American evangelical pastor who preached against homosexuality in Uganda, often inflaming anti-LGBT violence with his intense rhetoric. Lively was later charged in federal court in Boston with crimes against humanity, though the case was dismissed.

"There are a lot of connections to our situation and Scott Lively," Mugisha noted. "Religion and the influence it had on the LGBT community caused a lot of harm."

Still, Mugisha himself continues to embrace God. "I'm a believer," he said. "I find God somewhere and I pray."

Mugisha reports that there have been slight changes for the better.

"We've seen a reduction in arrests," he said. "The government is doing HIV work. And activists in Kenya are going to court to have anti-gay laws repealed. We need to see what this means for Uganda. In East Africa, if something happens in one country it can impact the others."

He added that one of the things that keeps him going is the support the Ugandan community gets from organizations such as All Out.

"All Out came together in 2016 to fully fund Pride Uganda events," All Out Executive Director Matt Beard told the B.A.R. "When the young man jumped off the fourth floor of the building, we went out with an emergency fundraiser and raised enough for his operation within six hours."

Beard said that he was present for Pride Uganda in 2016 and 2017. "I brought a message of love and solidarity from thousands of All Out supporters," he said.

He noted that the organization is currently doing similar work in Chechnya, Iraq, and Azerbaijan, countries that also have draconian anti-LGBT laws.

"We have a lot of support from people who are not Ugandan," Mugisha said. "And the generation that is homophobic is the old generation. It gives me hope that in 10 years all of these guys will be gone. We're focusing on the young people who will be in charge in 10 years."

He said he looks forward to the day when LGBT Ugandans can live openly and freely. "It's my longtime dream," he said. "I think there will be a time when LGBT people in Uganda will feel that things are going well."

For more information on All Out, visit https://allout.org.