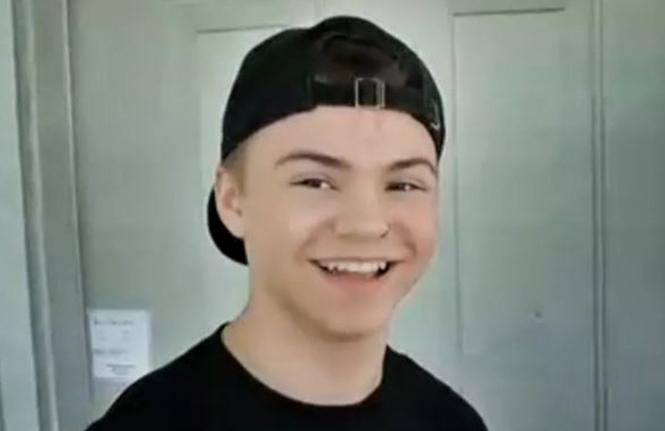 Two recent incidents involving transgender high school wrestlers in Texas and Ohio have shown the importance of having school practices driven less by political stances or cultural prejudices, and more by common sense and the goal of enabling students to become the best, happiest, most productive people they can be.

The more publicized case came in Texas, where senior Mack Beggs, a transgender boy, was not allowed to wrestle in the boys' competition, which he had sought to do, and ended an undefeated girls' wrestling season with his second consecutive state championship.

Beggs was heckled and booed after his title victory.

"They're saying 'steroids.' They're saying, 'Oh, they're beating up on the girls,'" Beggs, who receives medically prescribed and allowable low-dose testosterone injections, said of the hecklers. "Even though I was put in this position, even though I didn't want to be put in this position, even though I wanted to wrestle the guys, I still had to wrestle girls. But what can I tell people? I can tell the state Legislature to change the policy, but I can't tell them to change it right now. All I can hope for is that they come to their [senses] and realize this is stupid and we should change the policies."

In the finals, Beggs beat previously undefeated Kayla Fitts of Cypress Ranch, who said she was put in an unfair position.

"I understand if you want to transition your gender," she said. "I understand that totally. But there's a time and a place. You can do that after high school. Or if you want to do it, you can quit the sport. Because I don't think it's fair at all that you're taking testosterone. That's steroids. I know it's not a lot ... but still."

Agree neither Beggs nor Fitts should ever have been put into this situation, should have had to deal with politically charged issues while pursuing excellence in their sport of choice, should have the burden of a metaphoric asterisk forever attached to the culmination of their scholastic careers. Neither of them wanted that, and did not deserve that.

But the idea that there is a cookie cutter "time and place" to transition and that it absolutely eliminates the high school years speaks of ignorance and insensitivity. It does not take into account the difficulty of knowing who you are and not being allowed to be who you know you are. It does not address the hundreds of would-be transgender students who cannot handle the emotional stress of not being true to themselves and die of suicide. It does not calculate the human cost of years of denying one's basic nature.

Nor should an athlete be denied a chance to compete. Again, that cookie cutter stance does not calculate the human cost and lost sports opportunities.

This was utterly avoidable. Last year, when Beggs competed, it may have caught educators and legislators by surprise. This year they knew they had a situation no one wanted, and the only way to avoid a repeat was to fix law and policy to match reality. But apparently there was too much politically at stake, too much opportunity to cash in on outrage and hate the past year, for cooler heads to come together to do their jobs.

The incident in Ohio received less air time perhaps because it involved not a flaw in law or policy, but in one man's heart - or perhaps because the mainstream news media had already used up its quota of transgender wrestling stories.

Aidan Pogue-Krabacher has wrestled against boys since the sixth grade. Now, in his freshman year at Wilmington High School, Pogue-Krabacher tried entering the boys' locker room with his teammates when coach Kelly Tolliver told him not to enter, called him a girl, and told him to change in the girls' locker room.

The athlete's mother told media outlets that her son's teammates, who had not known he was transgender, then mocked and embarrassed him into quitting the team.

Tolliver's action violated Ohio High School Athletic Association policies - policies that have been in place since 2014.

Sections 6 and 7 of the OHSAA policy say, "The legitimate privacy interests of all student athletes should be protected. The medical privacy of transgender students should be preserved."

The policy goes on to specify that all medical knowledge should be kept confidential.

Sad and ironic that wrestling was the sport in which both of these situations arose.

Wrestling is a particularly egalitarian discipline. It is able to produce championship qualities even in individuals who may not fit comfortably in sports more dependent on strength, size, quickness or team dynamics. It rewards effort and commitment. It takes on all comers regardless of size and, in fact, demands unparalleled physical diversity in its starting lineups. It has been an invaluable confidence builder in students who do not seem to fit into the tyranny of expected social norms - including countless LGBT boys and girls.

At the high school level, it is also currently facing a participation crisis, with many schools dropping the sport or having trouble fielding full squads.

Beggs said that he plans to continue to wrestle after high school, but for now, the sport has lost Pogue-Krabacher because one faculty member thought his dubious sense of humor and humanity should trump one student's dignity and right to compete.