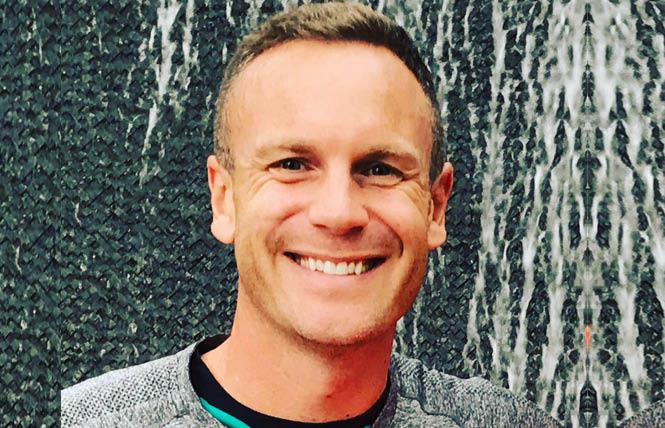 Nine months after the 2017 World Outgames in Miami was canceled, a television producer from California who had been registered to compete in tennis has filed a $5 million lawsuit in federal district court against Outgames organizers and the licensing body for breach of contract over their misrepresentations, and has asked the court to approve the case as a class-action suit.

"The Outgames were actually both a sham and a miserable failure," the suit filed by Rodney Ferrell claims. "The representations of the Outgames organizers were lies. None of the defendants had the capacity to host, organize, or oversee the Outgames. Each of defendants knew the Outgames lacked the financial capacity to cause the event to proceed."

Named in the suit, filed in the Southern District Court of Florida, are Miami Beach-Miami LGBT Sports and Cultural League; Miami Outgames executives Ivan Cano and Keith Hart; and the Gay and Lesbian International Sport Association, which sold organizers the licensing fee for the quadrennial LGBT sports, culture, and conference event.

An investigation by the Miami State Attorney's office is ongoing, officials said Wednesday.

The 2017 World Outgames was scheduled to be held in and around Miami Beach starting during Memorial Day weekend and run May 26-June 4. Early projections made by the organizers were for 15,000 participants in sports, cultural, and conference events, and early funding was secured from local government. Up until the last minute, host representatives were telling media outlets and athletes that everything was going according to plan and the event would run smoothly.

But various fundraising events lost money, financial goals that would secure more government backing were not met, most LGBT sports organizations declined invitations to help run the tournaments, and only 2,000 people registered for the event.

On May 26, when the event was supposed to begin and travelers from across the globe were arriving in town, Outgames organizers canceled the opening closing ceremonies as well as all but three sports events.

A city audit indicated sloppy and inaccurate bookkeeping, questionable handling of funds, and a failure to take care of even the most basic of event preparation details, such as paying for and securing of sports venues and paying for a special event permit. It also revealed the organizers had been using another organization's nonprofit license incorrectly and without authorization.

"This left thousands of competitors stuck with nonrefundable plane tickets, hotel reservations, expended vacation days, and travel reservations," the lawsuit says. "Other competitors had the same reservations, which while technically refundable were subject to penal cancellation provisions. All of these damages were caused by the competitors' justified reliance upon the misrepresentations, concealments and fraud of the defendants. Every representation indicating that the Outgames would go forward was a lie. It was impossible all along, and defendants knew it. Plaintiff brings this class action on behalf of all Outgames registrants and attendees defrauded, misled, and wronged by defendants, and seeks damages in excess of $5,000,000 on behalf of himself and the class."

None of the defendants could be reached for comment. Darin Beffa, one of the attorneys handling the case for Ferrell, told the Bay Area Reporter he is waiting for the case to be assigned and approved as an opt-out class action.

The suit says Ferrell, a Los Angeles resident, reserved a room at event sponsor Ritz-Carlton South Beach as well as a rental car for about $4,100 total, and took a week of vacation to attend. He registered for two tennis events. The suit said he was notified of the cancellation "too late to cancel or miss his flight, and too late to cancel the reservations. The tennis events plaintiff was registered to compete in were canceled. The opening ceremony was canceled. Plaintiff had paid for a trip to Miami that he never would have paid for but for the lies and concealments of defendants."

"By the time plaintiff arrived in Miami, GLISA had released its own mea culpa press release to registered attendees," the suit says. "GLISA was 'shocked and disappointed to learn today that World Outgames Miami 2017 could not obtain permits to allow many of the planned activities to proceed.' GLISA was clear about throwing Outgames Corp under the bus: 'Under the license agreement entered into with World Outgames Miami 2017 (the host city organization in Miami), they had sole and full responsibility for all planning and execution related to delivery of the event.'"

The suit accuses Cano and Hart of using the games "for fraudulent purposes. Hart and Cano failed to maintain sufficient, complete, and organized financial documentation for Outgames, which led to commingling of funds and the use of Outgames funds for their own personal use."