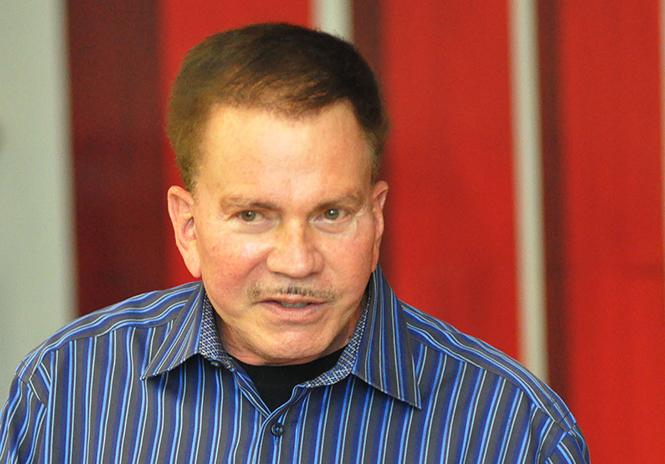 A $20,000 donation to the Castro/Upper Market Community Benefit District for the purpose of a local vacancy reduction study in the Castro came from an unlikely source: controversial local landlord Les Natali.

The donation is raising eyebrows because Natali has been criticized over the last decade for his handling of various storefronts in the city's gay Castro neighborhood, as well as allegations of racial discrimination.

Natali's Patio Cafe, at 531 Castro Street, has been shuttered for almost 20 years. He was also accused of racial discrimination at his Badlands bar in the Castro more than a decade ago, though he has always denied the charges.

Facilitated by Eureka Valley Neighborhood Association President Mark McHale during a January 29 neighborhood meeting, McHale discussed the donation, which was made to the CBD's District Land Use Committee specifically for vacancy reduction in the Castro/Upper Market district.

"The intent is to raise more funds through donations/grants to launch the next phase of a vacancy reduction program," read the CBD meeting's minutes.

CBD Executive Director Andrea Aiello confirmed the source of the donation to the Bay Area Reporter.

"Yes, the CBD did get a donation from Les Natali to put toward efforts related to vacancy reduction in the Castro/Upper Market [area]," Aiello said.

According to the minutes, at the CBD meeting, Aiello discussed that one of the findings from the last retail strategy project was that delays of all kinds play a significant role in vacancies.

"[We] need to consider this issue," read the meeting's minutes. "Yes, the city does have resources, but problems still exist."

Aiello told the B.A.R. that "the CBD has a retail strategy committee, which is working on defining the next steps."

The retail strategy group will reconvene to discuss and plan the new program, Aiello said.

"These funds are part of the ongoing conversation," she added. "We are not ready to launch a program yet or use the funds. When we are ready to use the funds [and] launch a new program we will make an announcement. It often takes a while to put together a program and to use funds wisely."

Gay District 8 Supervisor Jeff Sheehy, who is leasing his campaign headquarters from Natali, told the B.A.R. he believes "the study is a great idea," adding, "we need to understand which factors unique to the Castro are contributing to this situation."

Gay District 8 supervisor candidate Rafael Mandelman, who pulled together a recent meeting on commercial vacancies along the Church Street corridor, said he was "surprised" at the Natali donation.

Mandelman learned of the donation when asked about it by the B.A.R. While noting he is "a fan of the CBD" and believes Aiello "does great work," he said he was "a little surprised" to hear about the funding from Natali.

"It certainly cannot hurt to study the problem and get a better handle of what is going on," he said. "The best thing Les could do to help the neighborhood, though, is to activate his vacant spaces."

A Castro resident first tipped the B.A.R. off about the donation. The resident, who asked that their name not be used, admits they've been outspoken about Natali's actions in the past.

"The donation made me angry for two reasons: first, because Les is the landlord who purposely keeps vacancies on Castro Street, so it's absurd that he wants to study a problem that he created," the person wrote in an email to the B.A.R. "Second is that at the meeting the CBD decided that it would call the donation 'anonymous' to prevent the public from knowing the money came from Les because they knew people would be outraged."

Aiello denied the accusation of keeping the donation's source a secret. "No, [there was] never any intention to keep the donation or the source anonymous ... at all," she said.

Fliers recently taped to the Patio Cafe state it is to open as burger chain restaurant Hamburger Mary's "next month." According to Hoodline, Michael Spring, a spokesman for Patio Cafe, said the eatery is "shooting for an opening during the second week of March," but "we haven't set an exact date."

Natali also owns Toad Hall and the two storefronts on either side of the 18th Street gay bar. To its right at the moment is Morton's Furniture Pop-Up (4144 18th Street). The other space is now vacant after Natali did not renew the lease for Zapata Mexican Grill, which closed last summer.