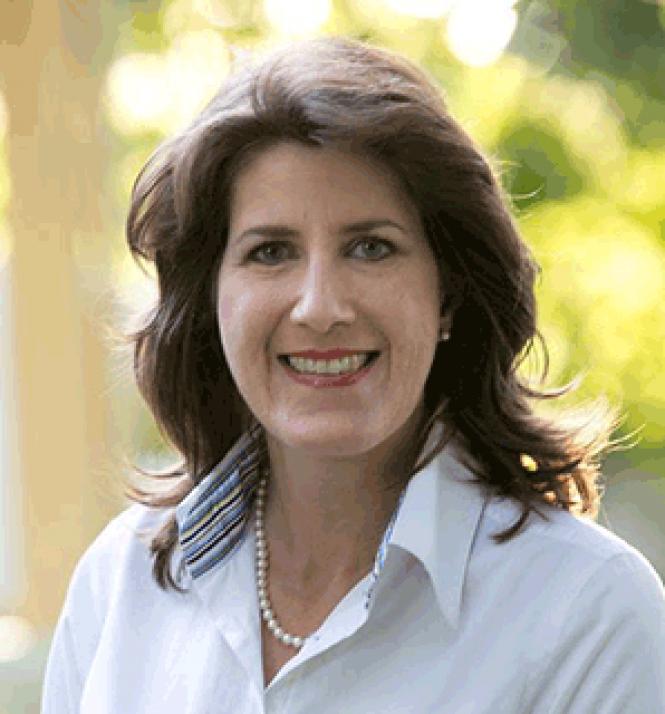 By earning a perfect score in 2016 on the legislative scorecard released by Equality California, the Bay Area's lone Republican state lawmaker, Assemblywoman Catharine Baker (Dublin), raised the prospect of becoming the first GOP legislator to earn a pro forma endorsement from the statewide LGBT rights organization.

In order to earn that distinction, Baker needed to once again receive a 100 percent on EQCA's 2017 scorecard. The organization has a policy of automatically endorsing state lawmakers for re-election who earn perfect scores in the years prior to their being on the ballot.

Yet Baker fell just shy of that threshold on the 2017 Legislative Scorecard, which EQCA will release Thursday (January 11) and provided an advance copy of to the Bay Area Reporter. Baker earned a 90 percent score due to her voting no on two LGBT bills last year.

She opposed Senate Bill 310, the Name and Dignity Act authored by lesbian state Senate Pro-Tempore-elect Toni Atkins (D-San Diego), which went into effect January 1 and allows incarcerated transgender inmates to more easily change their legal name or gender marker through the courts. Baker also voted against SB 384 authored by gay state Senator Scott Wiener (D-San Francisco). It amended the state's sex offender registry to create three tiers of offenders beginning on January 1, 2021 and allows those who committed lesser crimes, such as gay men arrested on indecency charges, to petition to be removed from the list.

EQCA has yet to endorse a sitting GOP member of the state Legislature, and it is unclear if it will endorse Baker this year. EQCA Executive Director Rick Zbur told the B.A.R. that in order for her to be considered, Baker would first need to score 100 percent on its candidate questionnaire and then explain her opposition to the two bills last year.

Baker's Assembly campaign did not respond by press time Wednesday to the B.A.R.'s inquiry on if she intended to seek an endorsement this year from EQCA's political action committee.

Assemblyman Brian Maienschein (R-San Diego) is facing the same circumstance, as though he earned a 100 percent on the 2017 Legislative Scorecard, he earned a score of 80 percent on the 2016 scorecard. The former San Diego city councilman has consistently received high scores from EQCA since being elected to his 77th Assembly District seat in 2012.

This year he is facing an out opponent in his re-election race, lesbian real estate agent Sunday Gover, who lives with her partner and their four children in Scripps Ranch. Thus it is unlikely EQCA would endorse Maienschein, though Zbur said he is welcome to seek the EQCA PAC's endorsement just like Baker.

"We will let them know if they are interested in our endorsement that we will treat it as an open seat race," he said. "In those cases we reach out to all the candidates to ask them to fill out our questionnaire, then evaluate that and consider if we want to have the PAC interview them."

But Zbur noted that, for lawmakers seeking re-election, "it is very hard to get our endorsement" if they have not earned a 100 percent on EQCA's scorecards.

Unlike with the 2016 Legislative Scorecard, which marked the second time since 2004, when EQCA began scoring California lawmakers, that no Republican in the Legislature received a zero, two GOP Assemblymen from Huntington Beach were across-the-board no votes on LGBT legislation in 2017: Matthew Harper and Travis Allen, who is running for governor this year.

Five members of the GOP caucus earned scores between 60 and 90 percent. The remaining 32 Republican lawmakers scored 50 percent or below, with the majority receiving scores of 30 percent or less.

"Overall, the Republican performance has gone down a little compared to last year, but we are also seeing a number of GOP legislators getting closer to 100 percent as well," noted Zbur.

Across the aisle the vast majority of Democratic state legislators earned perfect scores in 2017; a total of 73 earned 100 percent. None earned less than 59 percent, while eight Democrats received scores between 60 and 90 percent. (The total number of lawmakers scored last year numbered 139 due to the June election of Los Angeles Democratic Assemblyman Jimmy Gomez to Congress. His successor, Wendy Carrillo, was not sworn in until this month.)

One of those falling short of a perfect score was freshman state Senator Josh Newman (D-Fullerton), who earned a grade of 90 percent for missing votes on two bills, the sex registry reform legislation and Wiener's decriminalization of the state's HIV laws, SB 239. Newman is facing a recall election on the June 5 ballot due to his voting to increase the state gas tax, and EQCA has decided to remain neutral in the race.

"He is better than his opponents would be, but we do require a measure of 100 percent support from members of the Legislature to be endorsed," said Zbur.

In a reversal from last year, when lesbian state Senator Cathleen Galgiani (D-Stockton) received a 91 percent grade, all eight of the out lawmakers in the Legislature earned perfect 100 percent scores in 2017 from EQCA. Despite questions at the start of the legislative session on how lesbian Assemblywoman Sabrina Cervantes (D-Corona) would vote on the more controversial LGBT bills, as she represents a swing district and is being targeted for defeat this year by Republicans, she ended her freshman year with a perfect score.

EQCA has made re-electing Cervantes to a second term come November a top electoral priority in 2018. She ousted a Republican incumbent two years ago, and Republican Corona City Councilman Randy Fox, who failed in 2016 to unseat gay Congressman Mark Takano (D-Riverside), pulled papers last spring to run against Cervantes.

"She exhibited significant courage in voting for bills that may be problematic with a conservative opponent in her race for re-election. We are very proud of her," said Zbur. "One reason why we focus on electing LGBTQ legislators is they are part of our community and, even in these tough districts, more likely to support our bills."

Democratic Governor Jerry Brown also received a perfect score from EQCA, which was no surprise. As the B.A.R. reported in October, last year was the fourth year in a row that Brown did not veto any of the LGBT-related bills that landed on his desk during the legislative session.

It further cemented his legacy as the most LGBT-friendly governor in the state's - and country's - history. During his current two terms in office, Brown has signed into law at least 60 bills that protected the rights of, or improved the health of, the LGBT community in the Golden State. And over the last seven legislative sessions, Brown has vetoed just six LGBT-related bills.

"He was strongly behind our bills, some of which were precedent setting and first-in-the-nation bills that he signed," noted Zbur.

EQCA based its scoring for the 2017 Legislative Scorecard on how the state lawmakers voted on nine bills and two resolutions last year. To download a copy online, visit https://www.eqca.org/category/publications/.

Stone, 61, who earned a 20 percent score on EQCA's 2017 Legislative Scorecard, represents a large swath of Riverside County, including the gay vacation and retirement mecca of Palm Springs. A former county supervisor, Stone was first elected to the Legislature's upper chamber in 2014 and has been a strident opponent of LGBT legislation.

"Jeff Stone has been one of the worst members of the state Senate from an LGBTQ perspective, not only voting against our bills but carrying the torch against them," Zbur told the B.A.R.

Last month, EQCA endorsed Silver, 62, who was part of its "Let California Ring" campaign in 2008 against Proposition 8, the ballot measure that banned same-sex marriage but was later overturned by the federal courts. A consultant on LGBT aging issues, Silver took part in President Barack Obama's 2015 LGBT Elder Housing Summit.

"Joy Silver has deep knowledge of the needs of LGBTQ seniors and has dedicated her community service activities to addressing their needs," stated Zbur in announcing the endorsement. "Silver's commitment to the LGBTQ community is unquestionable, and we are confident that she will be a strong new member of California's Legislative LGBT Caucus, if elected."

In an email about the fundraiser for Silver, Joseph noted that the two have been friends for decades and that former U.S. Senator Barbara Boxer (D-California) is also supporting Silver in the race.

"She is honest and compassionate and more than anything she is so very smart. She has been an activist for most of her life," wrote Joseph. "Joy champions change for the better and has worked diligently on women's health issues, housing especially for seniors, the environment and so many more progressive issues. She is also a great bass guitar player and an advocate for entertainment."

The fundraiser takes place from 7 to 9 p.m. Friday, January 12, at Joseph's home in San Francisco's Westwood Highlands neighborhood. To RSVP and receive the address, email Joseph at mailto:audrey@audreyjoseph.com.

Keep abreast of the latest LGBT political news by following the Political Notebook on Twitter @ http://twitter.com/politicalnotes.
Got a tip on LGBT politics? Call Matthew S. Bajko at (415) 829-8836 or e-mail mailto:m.bajko@ebar.com.