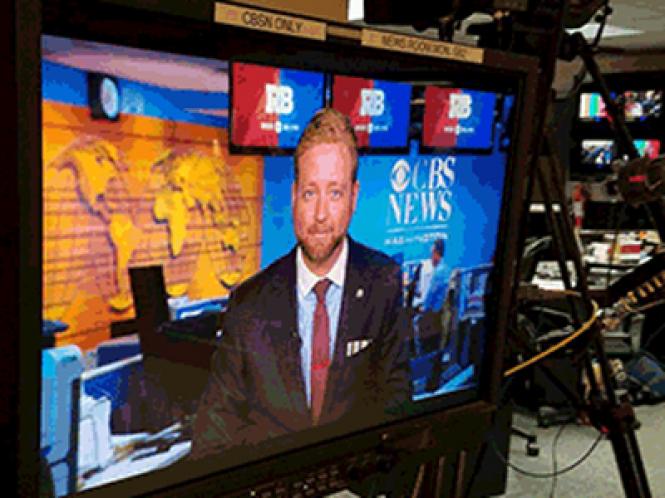 There is ongoing debate whether the San Francisco or Orange County chapter formed first, but what is without question is that 40 years ago LGBT Republicans and their straight allies in California launched what would become known as Log Cabin Republicans.

In San Francisco the group initially called itself Concerned Republicans for Individual Rights. It was one of many LGBT-led groups that formed in 1977 to fight against a proposed policy that would have banned LGBT people from working in the state's public school districts. Known as the Briggs initiative, the ballot measure was defeated the following November with significant help from Republican voters.

Nearly a decade later, in August 1987, CRIR rebranded itself as the Log Cabin Club of San Francisco/CRIR. In October of that year, the local group helped launch a national umbrella organization with other Log Cabin chapters from within California and in other states.

"San Francisco has a certain closeness to my heart because its roots go back to our founding year," Gregory T. Angelo, Log Cabin's national president, told the Bay Area Reporter during a brief interview at the local chapter's anniversary party held September 16.

Today, Log Cabin has 51 chapters in 29 states plus the District of Columbia. Twelve of the chapters are located in the Golden State, where the state Republican Party recently re-chartered Log Cabin California as an officially recognized organization.

"This is our family. The first person I told I was gay was a Log Cabin member," recalled Log Cabin California Chairman Matthew Craffey, 39, who flew up from Los Angeles, where he is president of the local chapter, to attend the San Francisco celebration. "I said to him that I can't be gay because I am a Republican. He said to me, 'Of course you can.' "

"We do this work while taking slings and barbs from both sides," said Craffey. "We fight not just for gay Republicans but everyone in the LGBT community."

The national organization will be celebrating its 40th anniversary next Wednesday, September 27, at its Spirit of Lincoln gala dinner. This year's keynote speaker is former Hewlett-Packard CEO Carly Fiorina, who lost her bid to be the GOP's presidential nominee last year and ran unsuccessfully in 2010 for a U.S. Senate seat from California.

The $250-per-person event is taking place at the Trump International Hotel in D.C. mere blocks from the White House. Despite Log Cabin's decision not to endorse President Donald Trump last year, the former TV reality star turned politician has been a boon for the group.

"Membership is up," said Angelo, 38, adding that many of the newcomers are people "who have never been involved with Log Cabin before but are signing up because they want to support the president."

But Angelo was quick to add, "That is not to say we are in lockstep with everything the administration does."

The group issued a statement in July opposing Trump's plan to ban transgender individuals from serving in the U.S. military. And when it meets next week, Log Cabin's national board will be discussing its response to the case of a Colorado baker who refused to make a wedding cake for a same-sex couple.

Earlier this month the Department of Justice filed a brief with the U.S. Supreme Court in support of baker Jack Phillips' right to cite his religious beliefs in refusing service to LGBT customers. Although Log Cabin is unlikely to file an amicus brief in the case, which the Supreme Court justices will hear during their upcoming term, Angelo expects the national board to issue an official position on it.

"Any sort of blanket exemption to anti-discrimination laws for sincerely held religious beliefs is not something Log Cabin will consider," he said. "That is not to say some nuance can't be achieved in these discussions."

Personally, Angelo told the B.A.R. he is "not concerned" about the Trump administration's stance in the case, a reversal from that taken by the Obama administration when it was heard in the lower courts.

"Log Cabin's philosophy is there needs to be a balance between LGBT rights and religious liberty. It is not a zero sum game," said Angelo.

Craffey, who voted for Trump last November, said he is disappointed in the president's various anti-LGBT policy stances. But he holds out hope that Trump's taking such positions will lead to legislative solutions in the Congress.

"I don't think in his heart Trump is anti-gay," said Craffey.

Angelo said it is "too early" to say if Log Cabin will endorse Trump's re-election bid in 2020. He explained that the group's main reason for declining to endorse Trump in 2016 was because of his never having held public office before.

"We had a bunch of unknowns about Trump and it was a bridge too far for our board," said Angelo, who does not have a vote on the governing body. "We had no guideposts for how he would govern. In 2020 we will have a better idea about how he governs."

Norman Larson, who hosted the local chapter's party to mark its ruby jubilee at his home in the heart of San Francisco's Haight Ashbury neighborhood, told the B.A.R. he hasn't been paying close attention to the president's positions on LGBT issues.

"I am more concerned about his off-the-cuff stuff," he said. "I think he is absolutely mysterious."

Since joining Log Cabin in the early 1980s, Larson said he has seen greater acceptance within the GOP for LGBT members like himself. In San Francisco, for instance, the local party last summer elected its first openly gay chair, Jason Clark, a longtime Log Cabin member.

"I am happy Republicans are embracing us," said Larson, 79. "It has been happening very slowly but it is for the good of everybody."

Another crack has formed in the "concrete ceiling" LGBT-owned businesses face in competing for large contracts with public agencies in the Bay Area.

As expected, the Bay Area Rapid Transit system's board of directors unanimously approved at its meeting September 14 the inclusion of certified LGBT Business Enterprises in the regional transit system's competitive bidding procurement programs. It is meant to give smaller, LGBT-owned firms a leg up against larger, multinational companies in pursuing contracts with BART as it embarks on a $3.5 billion modernization of its system due to voter approval of a bond measure last fall.

The Golden Gate Business Association had sought the policy, as it had convinced the Santa Clara Valley Transportation Authority last year to enact a similar proposal. The South Bay transit agency is overseeing a $7 billion expansion of BART into the heart of Silicon Valley and other multimillion-dollar projects.

Gay Oakland Port Commissioner Michael Colbruno is seeking confirmation to a second four-year term on the powerful oversight body. Mayor Libby Schaaf made his reappointment official last week, and the City Council's rules committee will vote on it September 28, with the full council expected to sign off on it early next month.

This marks the fourth mayor of the East Bay city to name Colbruno, a political consultant, to an oversight panel. Jerry Brown and Ron Dellums both appointed him to Oakland's planning commission, while Jean Quan first named him to his port seat.

Over the last four years, Colbruno has been a vocal opponent of allowing coal shipments through the port and has pressed for the maritime facility to increase its use of renewable energy. He also co-founded the LGBT Port Affinity group within the California Association of Port Authorities.

"I am honored that Mayor Libby Schaaf is allowing me to continue this meaningful work at the Port of Oakland, where I can not only promote important renewable energy projects, but continue to have a seat at the table for the LGBTQ community," stated Colbruno. "Ninety percent of everything that a consumer touches comes through a port, so this work has a major impact on everyone around us."


For more queer political news, be sure to check http://www.ebar.com Monday mornings at noon for Political Notes, the notebook's online companion. This week's column reported on the politicos expected at BAYMEC's brunch gala next month.