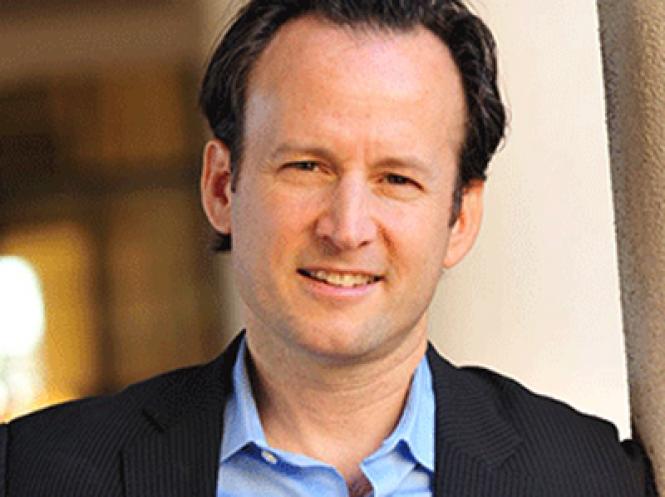 Some LGBT Jewish activists are opposed to an upcoming Christian speaker at a San Francisco synagogue, saying he has a close association with far-right pastors and opposes a Palestinian state.

David Brog, a proponent of evangelical Christian Zionism, is scheduled to speak at Congregation Emanu-El September 7.

Brog will deliver an address titled, "Christian Zionists - Why Evangelicals Support Israel," at San Francisco's historic Jewish temple in the Inner Richmond, which has a notably liberal congregation.

"It's a chance to have a dialogue with somebody who hasn't been engaged in that kind of communal work and conversation," said Singer, who said Brog was invited by the congregation's subcommittee, the Israel Action Committee.

Singer told the Bay Area Reporter that Brog wasn't representing an organization, rather speaking as an individual. However, the invitation included his biography, mentioning his affiliations and books he's authored about Christians supporting a Jewish state.

Brog didn't respond to a request for comment by press time through his organization, Christians United for Israel.

Singer did not know if Brog was being paid for his appearance.

"I don't know the complexities of that," he said.

Activists who have been keeping tabs on Brog, who is Jewish, said that he has a close connection with John Hagee, the far-right founder and senior pastor of Cornerstone Church, and "others who are deeply anti-Semitic and anti-LGBT." They are distrustful of his true intentions speaking to congregation members, said Penina Eilberg-Schwartz, a volunteer with IfNotNow, an American Jewish organization that opposes the Israeli occupation of Palestine.

IfNotNow disrupted Christians United for Israel events in Davis and Stockton this summer.

"Those are not allies that we are looking for in this post-Charlottesville moment. That's not the allies that we need," said Binya Koatz, a 23-year-old bisexual transgender individual who is a volunteer organizer with IfNotNow, speaking with the B.A.R. through WhatsApp from Israel.

Organizers plan on demonstrating at Brog's speech at Congregation Emanu-El next Thursday.

"David Brog is one of many people in our community who has found it palatable to ally ourselves with people who don't even have our best interest in heart," said Koatz.

For more than a decade Brog has been a part of a movement organizing Christians to support Israel, but beneath the surface the movement holds close ties to America's ultra-conservative leaders, activists said.

Christians United for Israel lobbies for Israel, but its executive board has staunchly anti-LGBT, racist, anti-feminist, right-wing leaders, many of whom have connections to the White House, activists said. In addition to Brog, executive board members include the Reverend Jonathan Falwell, son of the late Jerry Falwell; Hagee; and others.

"This is an example of the failure of pro-Israel politics," said Eilberg-Schwartz, 30, a queer woman who believes in having an open dialogue, but not with someone who has shown not to have the Jewish community's - or any other minority community's - best interest at heart. "It comes from a sense that we should be protecting Israel, but the truth is choosing allies like Brog and Hagee is allying ourselves with hatred.

"The fact that Temple Emanu-El represents a liberal position, to allow Brog to speak is really a moment for us to reconsider where we are heading as a Jewish community and review our values and our tradition, which is one of justice," she continued.

Singer, who said he is an ally to the LGBT community and has two openly LGBT rabbis on staff, disagreed with activists, telling the B.A.R. that dialogue isn't an endorsement.

"Our political correctness can't get to a point where we can't dialogue about anything. That's not democracy," he said. "I just don't see how we can make any strides with communities that we disagree with [and] who have a different perspective if we don't dialogue."

He denounced hate speech and recent violent protests in Berkeley and Charlottesville, Virginia, he said.

"I'm not afraid to take a stance, but at the same time I'm going to want to talk to people about their ideas and engage them and maybe bring them to a different perspective," he said.

"Emanu-El is a place that celebrates diversity, strongly supports LGBTQ rights, and is open to hearing other religious perspectives as part of an ongoing dialogue," said Singer, noting that the congregation will welcome liberal perspectives on Israel in the coming weeks.

"Christian Zionists - Why Evangelicals Support Israel," starts at 7 p.m., September 7, at Congregation Emanu-El, 2 Lake Street in San Francisco. Admission is free and open to the public. Reservations are required; to RSVP, visit http://www.cufi.org/site/Calendar/1819033743?view=Detail&id=129829.