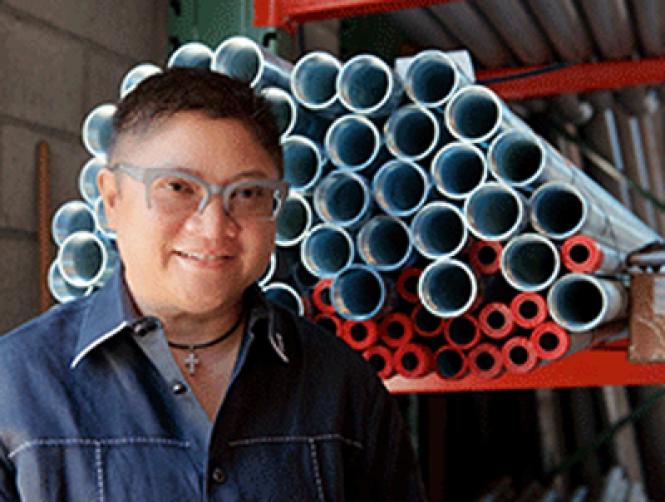 In a bid to open up new revenue streams for LGBT-owned businesses, the Bay Area's LGBT chamber of commerce is eying the purchasing power of local transit agencies.

The Golden Gate Business Association last year successfully petitioned the Santa Clara Valley Transportation Authority to include certified LGBT Business Enterprises (LGBTBEs) in its competitive bidding procurement programs. The agency is overseeing a $7 billion expansion of the Bay Area Rapid Transit system into the heart of Silicon Valley as well as other multimillion dollar projects.

Next month, BART's board of directors is expected to follow suit, allowing LGBT-owned firms to compete for contracts with the regional transit agency as it embarks on a $3.5 billion modernization of its system due to voter approval of a bond measure last fall.

BART's finance committee voted unanimously at its August 15 meeting to include LGBTBEs in the agency's competitive bidding procurement programs. The full BART board is expected to approve the proposal when it meets September 14.

"This is sure to have a positive, national impact with transportation agencies throughout the United States" predicted GGBA President Dawn Ackerman.

To qualify as LGBT-owned, a business must be at least 51 percent owned by a lesbian, gay, bisexual, or transgender person or persons and one or more of those individuals must control its management and daily operations.

"I think it is fantastic we are recognizing the talent and leadership that LGBT-owned businesses can provide in the transportation field," said gay BART director Bevan Dufty, a former San Francisco supervisor who has worked with the GGBA on the contracting issue. "The only way to address the Bay Area's traffic and congestion is by improving our transportation infrastructure, and I think it is a great incentive for LGBT businesses to look at what they can offer to BART, VTA and other agencies."

To help ensure BART is including LGBT-owned businesses in its programs and services, the agency this month appointed Sandra Escalante, a lesbian who is president and CEO of Richmond-based Laner Electric Supply Co. Inc., to its BART Business Advisory Council. Escalante, 50, who is Filipina, serves on both the GGBA board and on the Richmond Workforce Development Board.

"If they even allocate 20 to 30 percent of the bond money for women, minority, or LGBT businesses, that would be huge," said Escalante, the only LGBT person on the council and the first to represent the GGBA. "I am hoping they keep the money in the Bay Area and the three counties that voted for the measure. I don't want to see it go to companies that don't have any impact in our community. I am very passionate about that."

Escalante plans to seek BART contracts for her own company. Her serving on the advisory panel does not preclude her from doing so, she said, since it does not discuss specific contracts.

"Being that I am a woman, I am a minority, and I am LGBT, I am definitely disadvantaged, not only because of all of those factors but also financially. It does enable me to apply for multiple certifications and allows me to at least enter the door," said Escalante, who bought a 51 percent stake in her company in 2015 after being recruited to work there four years ago by founder, and now co-owner, Jim Laner. "Being an independent distributor, I am competing with multibillion-dollar conglomerates. It is very difficult to survive."

Escalante is currently in the process of being declared a Disadvantaged Business Enterprise from the federal Department of Transportation so she can bid for work at airports and certain rail projects, like Caltrain's $1 billion Peninsula Corridor Electrification Project. She already received certification from both the state of California and the national LGBT chamber for her firm, which employs 18 people, one part-time.

Yet being approved for contracts can still be an arduous task, she said. Despite repeated efforts, she has yet to win a contract from either PG&E or EBMUD, the East Bay Municipal Utility District, which both have small and minority business contracting programs.

After two years of trying, and filling out reams of paperwork, Escalante last month landed a $109,000 order from Chevron for electrical materials at its refinery in Richmond.

"For a small business to do business with Chevron, yes, it is a big deal," said Escalante, who is married to Melissa Deocampo-Escalante.

She has also landed contracts to supply materials to two mega transit projects in San Francisco. Her firm landed a $2 million contract to supply light fixtures and cables to the Transbay Transit Center under construction South of Market.

GGBA leaders are currently in discussion with San Francisco International Airport officials about ensuring LGBT-led businesses can competitively bid for contracts and vending opportunities at the airport as it works through a $4.1 billion capital improvement plan. As part of the project SFO is in the midst of a years-long $2.4 billion remodel of its Terminal 1, which is expected to be named in honor of the late gay Supervisor Harvey Milk.

"If they go ahead and name Terminal 1 after Harvey Milk - it would be important to have LGBT businesses as part of Terminal 1," Paul Pendergast, the GGBA's vice president for public policy, told the Bay Area Reporter. "The competitive bidding process is complex and lengthy but we are committed to helping LGBT-owned businesses (both contractors and retail/restaurants) be a part of the bidding process."

A spokesman for SFO did not respond to a request for comment this week.

Pendergast himself has benefited from such programs. His eponymously named Pendergast Consulting Group was one of three disadvantaged business enterprises that received a portion of the $100 million spent on by the San Francisco County Transportation Authority on the Yerba Buena Island I-80 Westbound Ramps project.

Having begun his career working on transit issues in Congress in the 1970s, and then in the 1980s overseeing federal affairs for the Los Angeles County Transportation Commission, Dufty never imagined back then that transit agencies would one day team with LGBT businesses.

"It is really rewarding to see how enthusiastic BART leadership has responded to the notion of including LGBT businesses in our small business incentive program," he said.