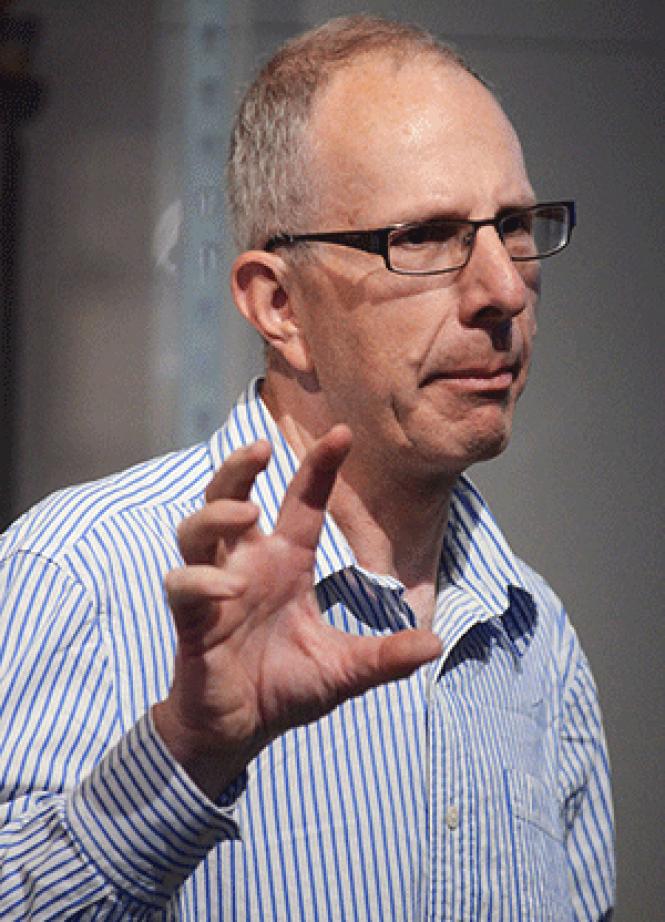 A new book has rekindled interest in Pedro Zamora, the young star of MTV's "Real World" who died in 1994 of AIDS-related complications.

"Pedro Zamora, Sexuality, and AIDS Education: The Autobiographical Self, Activism, and 'The Real World' " is by Christopher Pullen, a senior lecturer in media theory at Bournemouth University in England. Pullen was at the GLBT History Museum in the Castro June 14 for a talk about his book and a screening of "A Tribute to Pedro Zamora," an MTV documentary that was produced a few weeks after his death.

Zamora was only 22 when he died, yet Pullen, 57, who discovered him in 2004 while writing his dissertation on documentaries and reality TV, felt contemporary audiences should not forget him, he told the Bay Area Reporter in an interview. Pullen, a gay man, had seen the 2009 biographical film Pedro, yet the real Zamora seemed so much more powerful than the celluloid one. So Pullen wrote his book, believing he is still relevant today.

Zamora was a gay AIDS activist engaged in charitable work and became a worldwide media sensation after he starred in the third season of The Real World, which was one of the first examples of reality TV. The 1994 season was set in San Francisco. Diagnosed as HIV-positive at the age of 17, Zamora became an AIDS educator who had a gift for reaching out to queer youth and people of color in Miami, where he lived after his family escaped Cuba in the 1980 Mariel boatlift.

"Pedro was an icon for gay male sexuality who had charisma and heartthrob looks, but projected honesty and integrity," Pullen said. "He once famously said, 'If you are looking at me, you are looking at my sexuality.' His ability to identify with younger people as well as empathize and respect people enabled him to seize an audience who appreciated his genuineness. His Latino identity gave him credibility among non-white crowds."

"I'm sure he would have expressed a deep sense of tragedy and loss at the Orlando shooting, especially because so many of the victims were gay Latinos," Pullen said.

Although he couldn't find a direct tangible link, Pullen thinks Mariela Castro Espin, the daughter of Cuban President Raul Castro, may have been influenced by Zamora's ideals in her support of LGBT people and people living with HIV.

"Pedro reminds us that we need to work together more," said Pullen. "He was not afraid to tell things like it was. He was willing to give advice, asserting that AIDS was a health, not a moral, issue. He could share stories from his own life that could speak to the experiences of his listeners. By presenting himself as vulnerable and being forthright about his mistakes, people were touched by him and could relate to him."

Pullen also said Zamora was a sophisticated public speaker who could get his message across.

"In his final interview with Poz magazine, he revealed he had been sexually abused by an older man as a child, which was very brave to admit back then," Pullen said. "He was non-judgmental, accepting people as they are, not class=MsoPageNumber>ashamed of any sexual practice. He rejected abstinence-only policies. I think he might have been an advocate for PrEP today."

Pullen believes Zamora bridged some gaps between being a reality TV star and a political icon.

"Compared to [film historian] Vito Russo, he doesn't seem that political, but he was political, even participating in ACT UP," he said. "Russo challenged the system from without in a very in-your-face way, but Pedro took the trickier position of taking apart the system from within, working with the people who were trying to bring you down. For example, he advocated access to medical care for all PWAs, even though he had none himself, but he wouldn't tell audiences about his situation."

For Pullen, Zamora was a reality star with a political edge embedded in him.

"Today's reality stars are entertainers, celebrities with no politics at all. They are self-reflective and talk only about themselves," observed Pullen. "Pedro was one of the first reality stars to have an autobiographical sense but he used it to educate people about AIDS. Gay people have never been more honestly and favorably represented than they were that year on Real World, especially the relationship between Pedro and Sean Sasser."

Sasser, who died in 2013, began dating Zamora on the show.

"It is incredible to think in 1994, way before Will and Grace or Ellen , you saw two gay men kissing on TV and two men of color with HIV falling in love and having a commitment service arranged by the network," Pullen said. "Today, the gay romantic relationships shown seem stereotypical."

But Pullen remains optimistic that Zamora and what he symbolized won't be forgotten.

"When I arrived [in San Francisco] passing through immigration, the woman official asked me why I was coming to the U.S.," Pullen said, "and I answered, to launch a book on Pedro Zamora. 'Great guy,' she said. That gives me hope he is still remembered and can have an impact."