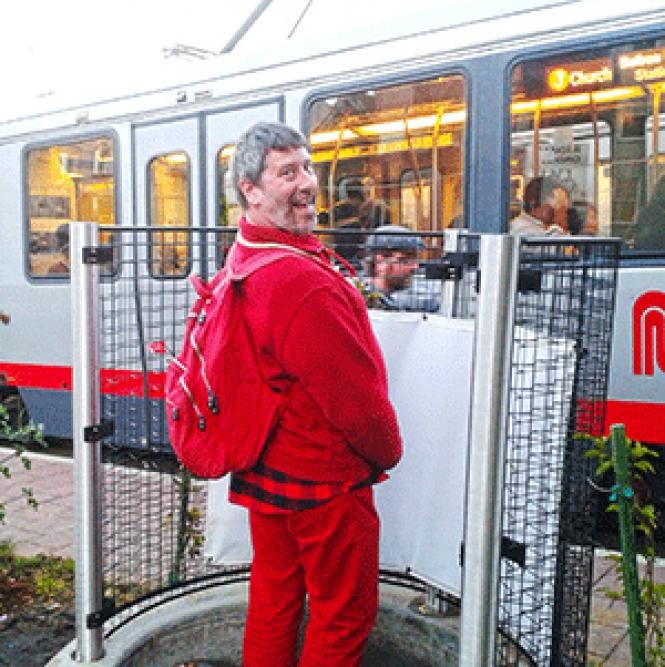 A bathroom-obsessed, anti-LGBT group based in Sacramento is threatening San Francisco officials with a lawsuit if they don't remove the recently installed pissoir from Mission Dolores Park.

Pacific Justice Institute, which is best known for its failed efforts to restrict transgender people's access to public restrooms in California, says it's concerned about people publicly exposing their private parts when they use the outdoor, open air urinal.

In a February 4 letter to San Francisco Mayor Ed Lee and other officials, Kevin Snider, PJI's chief counsel, says, "The open-air urination hole" violates people's privacy because they "would be required to expose their bodies and suffer the shame and degradation of urinating in public view."

He also says the pissoir "is particularly egregious" to females, since they have to squat. (The pissoir is not intended for women.)

"Women and girls would be subject to extreme embarrassment in a measure not experienced by men or boys who merely unzip their trousers when urinating," Snider says.

PJI is giving the city 20 days to remove the pissoir. The group said in a news release that "local residents have been complaining to officials" about the device, which is located near 20th and Church streets and is part of the park's recent remodeling.

In a phone interview, Brad Dacus, the group's president, said he didn't know how many complaints had been made, but there have been "a good number." He declined to share the complaints, citing people's privacy.

Joey Kahn, a spokesman for the San Francisco Recreation and Park Department, said in an emailed response to questions that his agency has received five "form emails" complaining about the pissoir, which cost about $15,000. The one email he shared indicated the writer isn't a San Francisco resident.

along with "a letter from a community group." He didn't provide the emails or letter.

"The pissoir was a community-driven idea to help curb public urination and urination on the property of neighbors," Kahn said.

Dacus said that if city officials "see that they've made a mistake," PJI "would expect them to act responsibly on behalf of the taxpayers of San Francisco" and avoid a lawsuit.

Matt Dorsey, a spokesman for the city attorney's office, said his agency has received PJI's letter, "and we intend to give their legal theories all the consideration they deserve."

The city has "no plans" to remove the pissoir, Dorsey said. The city attorney's office hasn't received any complaints from residents about the urinal, he said.