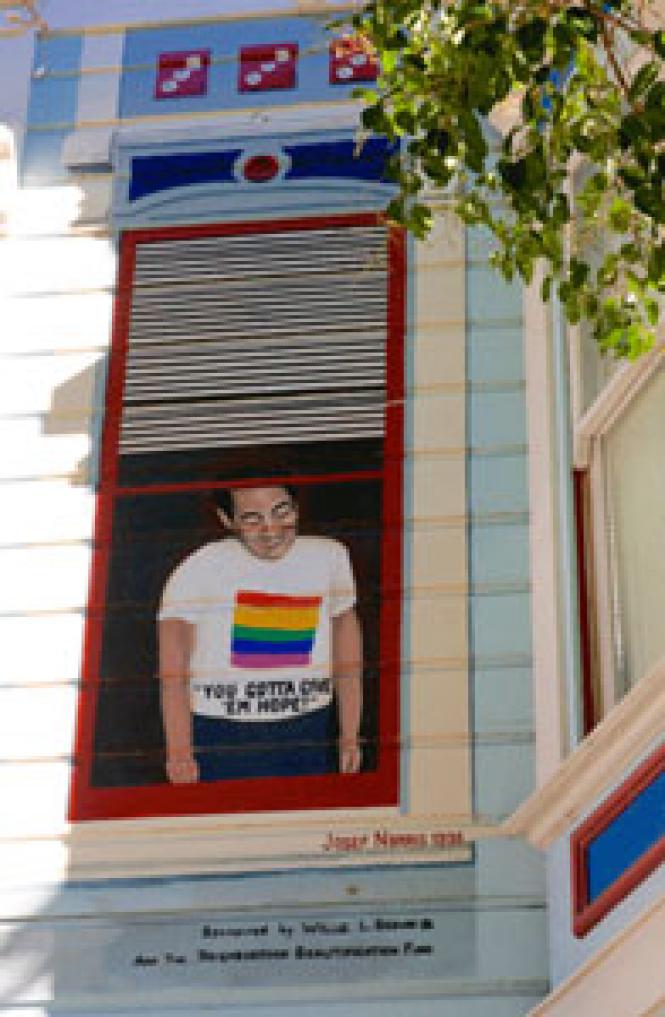 The lack of LGBT historic sites with federal recognition is garnering the attention of National Park Service officials.

They are seeking nominations of sites to be added to the National Register of Historic Places and for consideration to be designated as a National Historic Landmark.

To date just three sites, all on the East Coast, have received any federal recognition specifically due to their ties to LGBT history.

In 2000, New York City's famous Stonewall Inn, considered the birthplace of the modern gay rights movement, became the first, and so far only, LGBT site to be designated a national landmark.

Since then the Washington, D.C. home of the late gay rights activist Frank Kameny and the Cherry Grove Community House and Theater in the gay resort enclave of Fire Island, New York were added to the register of historic places.

The fourth site very likely will be the Henry Gerber House in Chicago. Given city landmark status in 2001, the residence is where Gerber lived in the early 1920s when he formed the Society for Human Rights, the first American gay civil rights organization, according to its listing on the Chicago Landmarks website.

The federal landmarks program is working with University of Michigan at Ann Arbor Professor Michelle McClellan and her students this semester on the nomination for Gerber's house. Once submitted the approval process is expected to take up to a year, with the final decision to grant landmark status up to Interior Secretary Sally Jewell.

"We are historians so we tend to think of chronology. Let's start as early as we can," said Lord when asked why the property had been chosen.

Another key reason landmarks staff selected the Gerber house, said Lord, is because the owners of the private residence "are elated" at seeing it be recognized. The property owners' consent is required for granting landmark status or listing on the federal register.

"We can find sites that are really key, but if the owners are not on board, we can't do anything," Lord said.

Looking for additional LGBT properties suitable for federal designation, staff from the National Register of Historic Places and the National Historic Landmarks Program hosted a webinar in October to discuss how LGBT community leaders can work with the National Park Service to locate, document, and protect sites associated with LGBT history.

The online talk, which attracted upwards of 30 participants, was a coming out of sorts for the National Park Service LGBTQ Initiative.

"They are definitely fully supportive of getting LGBTQ properties listed and included in the national memory, without question," said Megan E. Springate, who is seeking a Ph.D. in archaeology at the University of Maryland and participated in the webinar.

Springate, who identifies as queer, is working on a National Historic Landmark LGBTQ Theme Study and proposed framework for the National Park Service as part of her graduate work. As explained in an early draft of the document, the theme study on LGBTQ heritage is meant to "assist government agencies and the private sector including organizations and individuals to identify and evaluate places of historical LGBTQ significance in communities nationwide."

It adds that because the intent is "to encourage nomination of significant places to the National Register of Historic Places and for National Historical Landmark designation, it should be thought of as the beginning of an ongoing preservation initiative."

The framework, explained Springate in a recent phone interview with the Bay Area Reporter, "offers a context for people to be able to take their places and hook them into sort of how these programs work. It is a way of fitting places into the guidelines."

Even though the National Park Service manages the programs, the properties that win federal designation remain privately owned.

Springate, who emphasized that she does not work for the park service, said her collaboration with the federal agency began in late 2012 when she met several staffers who shared her passion for protecting and publicizing LGBT historical sites.

"What they would love to see, and don't have to wait for the framework, is to have properties nominated," she said. "They are supportive and encouraging but they need people to fill out the paperwork."

In terms of a local example in San Francisco, Springate pointed to the late gay Supervisor Harvey Milk's old camera shop and campaign headquarters at 575 Castro Street, which is a San Francisco city landmark, as one property that could receive federal recognition.

The park service's efforts are receiving praise from local preservationists and archivists working to landmark sites of cultural importance to the nation's LGBT community.

"One of the most poignant parts was they were apologizing for the fact they knew they were behind, they were way behind, on acknowledging LGBT historic sites," she said. "They said they would work with us and do the best they could to get some historic sites in the pipeline. They highly encouraged us to meet anywhere we could with other local and state historic commissions and any National Park Service regional offices."

Los Angeles resident Wes Joe, who has worked on landmarking local LGBT sites in his city, said he was glad to see the discussion take place but would like to see the federal agencies offer more specific guidance and resources for LGBT landmarking efforts.

"If they are serious about recognizing LGBT historic resources, they have to realize that we don't have the institutional organizational framework existing and they could maybe aide in developing that," said Joe.

Jay Shockley, a staff member for the New York City Landmark Preservation Commission, said he was "really quite surprised" to learn of the webinar and the call for LGBT site nominations. Even though he experienced technical issues trying to take part and felt some of the information presented was too rudimentary, he welcomed the online talk as a first step.

"I am ecstatic NPS attempted to do something," he said. "The next step would have to be something very specific and has to address issues with historic sites related to the LGBT community, such as the fact they may not be existing anymore."

For federal landmark purposes or listing on the register, a structure must still exist.

"We need to have a there there, something we are protecting," said Lord.

That is a particular problem with LGBT historic sites, many of which were situated in neighborhoods that have since been gentrified. They may have been torn down or altered in such a way that their historical integrity no longer is intact.

"Say a particular LGBTQ leader lived in a particular house between 1940 and 1962 and was active then in LGBT rights. A property needs to maintain the integrity associated with those years," said Springate. "If someone knocked it down and built a newer building in the 1980s, that property will not be listed because its integrity would be lost."

Yet it could still qualify for local or state recognition, noted Lord, pointing out signage or a placard could be installed at the site to mark its historical significance. In California, for example, a plaque can be requested for a site considered to be a California Point of Historical Interest or a California Historical Landmark as long as the property owner approves.

"One of the challenges of LGBTQ history is a lot of properties are gone," noted Springate, adding that another is being able to provide the proper documentation to support landmark status. "People were closeted so there may not be a whole lot of documents. How do you document the lives of people who are trying to be hidden?"

The framework she is writing will address such challenges with LGBTQ history. Springate expects to deliver the completed copy to the park service by the end of this year.

"Hopefully, it will be made available to people interested in writing nominations and also to historic preservation offices in the states as sort of guidance," she said.

For information about the California State Historic Preservation Office, which the park service has asked to assist with identifying LGBT sites to nominate, visit http://ohp.parks.ca.gov/