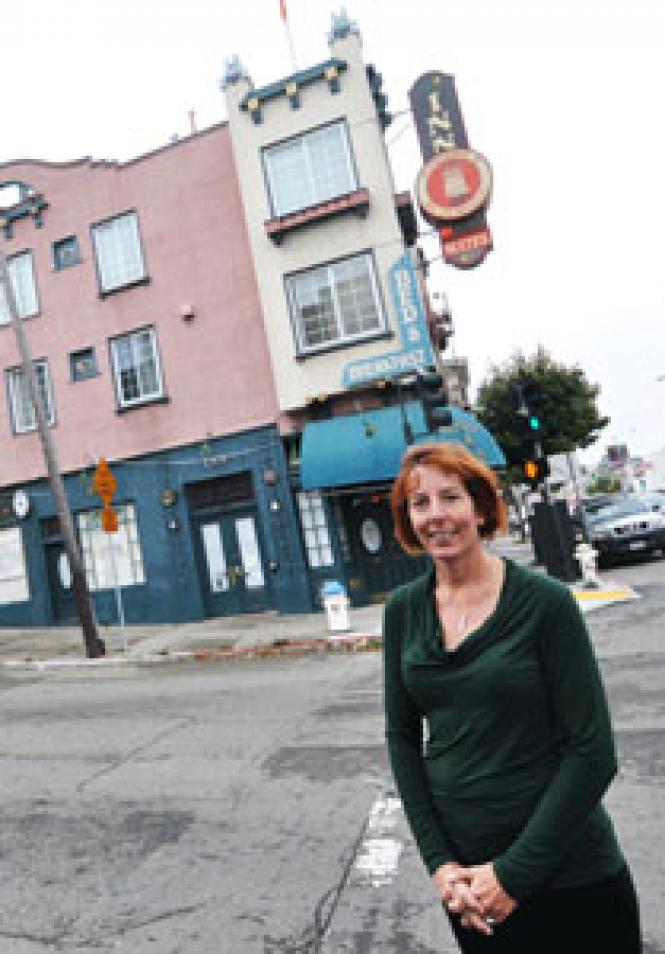 Projects aimed at providing stable housing for youth aging out of the foster care system, many of whom are LGBT, are moving forward in San Francisco.

City leaders and Sam Patel, the owner of a property south of Market Street, have reached a deal where the nonprofit Community Housing Partnership will lease the site to develop a housing development for transitional age youth, or TAY for short.

The building at 374 5th Street, at the corner of Harrison, will be turned into 44 units of TAY housing, typically set aside for foster youth age 18 to 24, or those youth at risk of homelessness. District 6 Supervisor Jane Kim and board President David Chiu, who represents District 3, helped secure $700,000 in city funds during the recent budget negotiations to cover the annual costs to operate the housing and provide the youth with supportive services.

The agency expects to take possession of the building in September and by late October or early November begin moving in tenants.

"It is a small project so renting it up and having it fully occupied should not take a large amount of time. We should be able to have the property fully rented up in four to six weeks," said Community Housing Partnership Executive Director Gail Gilman.

The agency also has plans in early 2014 to convert a 2,800 square foot commercial space at the site into a training and development center for its workforce programs for youth. Next month it will kick off a capital campaign to raise the $150,000 it estimates it will need for the build out.

Bevan Dufty, director of Housing Opportunity, Partnerships and Engagement for Mayor Ed Lee, helped bring the parties together on the project.

"The job training center in the building, I think, is going to be a real game changer for young people," said Dufty.

While he applauded the swift speed in which a deal was reached, Dufty acknowledged that "we need much more" TAY housing in the city in order to reach a goal laid out during former Mayor Gavin Newsom's administration to house 400 homeless youth by 2015.

"The mayor is very committed to expanding housing for TAY youth," Dufty told the Bay Area Reporter in an interview this week.

"As a queer and trans young person who has experienced homelessness, I continue to be concerned about where homeless queer youth can be safe when drop-in centers are being defunded and loitering on the sidewalk is being criminalized," she stated. "San Francisco has surpassed New York as the most expensive place to live in the U.S, so this investment at 5th and Harrison is incredibly important if we are going to fulfill our commitment to house 400 homeless youth by 2015."

Two other projects that will assist the city in reaching that goal are expected to shortly break ground. In the Marina work on transforming the old Edward II tourist hotel located at 3155 Scott Street and Lombard into TAY housing will begin this fall.

The project will house 24 youth, aged 18 to 24, with supportive services provided by Larkin Street Youth Services. It is expected that as many as a third of the residents will be LGBT youth as 10 percent of the young adults who "age out" of the foster care system identify as LGBT.

CHP bought the property in 2010 for $3.45 million but faced vocal opposition from nearby residents who were against the project. After a deal was reached, the city signed off on the housing in 2011.

But it was only recently that the $9 million needed to pay for the remodel of the hotel was secured.

"This one was maybe a little more complex than average ones, but yes, it is typical that it takes years sometimes to pull all the financing sources together," said David Schnur, director of housing development at CHP.

Construction should begin in October, with the first tenants moving in a year later.

"We are so thrilled and excited," said Gilman. "With the Edward II and the 5th and Harrison project, we will now have 68 units of TAY housing in our portfolio. We are really excited to work with that population of youth to rebuild their lives and become self-sufficient.

"The youth will have an excellent chance to use this as a stepping stone," she added.

A third project is the remodel of the Booker T. Washington Community Service Center, which will include construction of 50 units of affordable housing meant for low-income professionals. Twenty-four units will be set aside as TAY housing, and the agency First Place for Youth will provide services for the transition age youth.

According to the center's website, the $35 million project still must raise $2 million. Dufty said this week that the project could break ground later in the year.