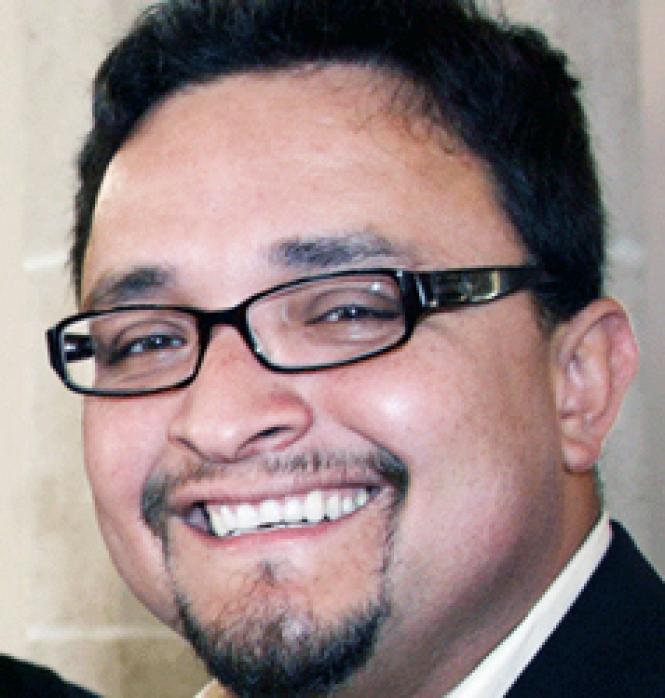 Five out candidates - one bisexual woman and four gay men - are seeking local offices in San Francisco this November. It marks the first election cycle since 2006 when a lesbian or transgender candidate will not be on the ballot.

With 53 candidates having turned in their paperwork by the 5 p.m. deadline Friday, August 10, the quintet accounts for roughly 10 percent of the people seeking public office this election cycle. Out candidates are running for supervisor, community college board, and a seat on the BART board.

For the first time in recent memory there are no LGBT people seeking seats on the city's school board. Several had indicated they were thinking about entering the race, but none have yet to officially declare a candidacy.

Because there are open seats on both the school board and community college board, the deadline for candidates to file their paperwork was extended until 5 p.m. Wednesday, August 15, after the Bay Area Reporter 's deadline. Additional out candidates were not expected to enter those races.

The dearth of LGBT office seekers this year is raising questions about the gay community's ability to build a farm team of successful candidates who can use their city position as a springboard to seek higher offices in Sacramento and on Capitol Hill.

The lack of out lesbian and transgender candidates is of particular concern, said several LGBT leaders. The city has yet to elect a transgender person to public office, and there has not been an elected lesbian politician in San Francisco since 2008.

Zoe Dunning, a lesbian who won a seat this June on the Democratic County Central Committee, told the B.A.R. that one explanation for the lack of out female candidates is that many lesbians and bi women no longer live in San Francisco.

"One challenge is that due to the ever-increasing cost of living in San Francisco, our overall pool of queer women, especially if they have children, seems to be shrinking as they move to the East Bay and other less expensive housing and rental markets," Dunning wrote in an emailed response.

One the other hand, Dunning said there is "tremendous opportunity" to increase the participation of lesbian, bisexual and trans women in local politics.

"The other challenge is for LGBT political clubs, like Alice and Milk, to build a pipeline specifically for queer women, to help us run for office and obtain commission appointments," wrote Dunning, referring to the Alice B. Toklas and Harvey Milk LGBT Democratic clubs, who co-chairs the Alice board's programs committee.

The problem is not unique to San Francisco or the LGBT community, noted Denis Dison, the Gay and Lesbian Victory Fund's vice president of communications. The national group helps recruit and train LGBT political aspirants and maintains a national network of donors its endorsed candidates can tap.

"The LGBT community elects its women and people of color candidates in greater numbers than our straight counterparts, but it is tougher for women in politics in general, and even tougher still for transgender candidates," wrote Dison in an email. "Men tend to think running for office is our birthright, whereas women usually have to be persuaded to run. That's equally true in the LGBT community as it is in the general population, unfortunately."

Several efforts have been launched to foster more lesbian political candidates. This summer saw the creation of LPAC, the Lesbian Political Action Committee, aimed at funneling money to out female candidates across the country.

The Victory Fund started its own Women Out to Win program, noted Dison, in order to specifically address the issue and build support for out women candidates.

"We are reaching out to women supporters not only for resources, but to help identify outstanding women who could run for office," wrote Dison. "They are encouraged to attend Victory's campaign training and consider offices where their skills would be useful. The hope is that we can build a pipeline of women candidates and local elected officials who can step up to run for higher office in the future."

Of the five queer candidates running in San Francisco this fall, gay District 9 Supervisor David Campos is all but assured of being re-elected to another four-year term since no one filed paperwork last week with elections officials to run against him. District 11 Supervisor John Avalos is also running for re-election unopposed, and thus, has an easy road ahead of him.

In an interview for this week's Political Notes column, posted on the B.A.R.'s website Monday, Campos said he does not plan to take his re-election bid for granted, despite being unchallenged.

"This is an amazing opportunity," said Campos. "I want to make sure I will respect the process and spend time on my campaign reaching out to every part of my district to make my case for re-election."

His colleague, bisexual District 5 Supervisor Christina Olague, is facing an uphill battle in her bid to be elected to a full four-year term this fall. Having been appointed by Mayor Ed Lee earlier this year to fill a vacancy, Olague must now convince voters in the Haight and Western Addition that she can best represent them at City Hall.

But seven opponents feel they are the better choice and are contesting her for the board seat. Her main challengers are Julian Davis, president of the Booker T. Washington Community Service Center; London Breed, executive director of the African American Art and Culture Complex; and City College Board of Trustees President John Rizzo.

In the District 7 race to succeed termed-out Supervisor Sean Elsbernd, gay journalist Joel Engardio is seen as an underdog among the nine people seeking the seat. While he has raised significant sums for his race and qualified for public financing, Engardio has had trouble attracting endorsements from LGBT elected officials and other leaders.

The frontrunners in the race are thought to be Norman Yee, president of the city's school board, Port Commissioner Francis "FX" Crowley, and Board of Appeals President Mike Garcia.

Others running for the west of Twin Peaks seat are businessman Andrew Bley; landscape architect Glenn Rogers; Robert "Bob" Squeri, the owner of a building maintenance company; housing advocate Lynn Gavin; and Julian Lagos, who ran against Elsbernd in 2008.

As for the other supervisor races, District 1 Supervisor Eric Mar is facing tough competition this year for his Richmond district seat from David E. Lee, executive director of the Chinese American Voter Education Committee. Sherman D'Silva, a store manager who ran in 2008, is again on the ballot.

Board President David Chiu faces three opponents for his District 3 seat centered in North Beach. Marc Bruno, Joseph Butler, and Wilma Pang all filed to run against him.

Longtime gay BART board member Tom Radulovich appears to be the favorite to win another term. He faces two lesser-known challengers for his District 9 seat: Peter Klivans, who ran against him in 2008, and Luke Lucas. His board colleague Lynette Sweet, who holds the District 7 seat, is also seen as the frontrunner against her three opponents: Maria Alegria, Margaret Gordon, and Zakhary Mallett.

As reported in last week's B.A.R. , gay attorney Rafael Mandelman is seeking a seat on the community college board at a time when the campus has been rocked by a fiscal crisis. Should he win, he would join Lawrence Wong, the only openly gay trustee on the seven-member oversight panel.

Incumbents Natalie Berg, Chris Jackson, and Steve Ngo are all seeking re-election this fall. Due to the death of City College trustee Milton Marks last week, there is one open seat on the board up for grabs.

Three school board incumbents are seeking to be re-elected this year: Sandra Lee Fewer, Rachel Norton, and Jill Wynns. With Yee's seeking the District 7 supervisor seat, there is one open seat up for grabs.

Gay Democratic Party activist Rick Hauptman had looked at running but opted against doing so for financial reasons. He told the B.A.R. this week that since he is a delegate to the Democratic National Convention later this month, he could not afford to pay the filing fees required of candidates.

Transgender educator Jamie Rafaela Wolfe, who sought a school board seat two years ago, chose not to run again. And Martin Rawlings-Fein, an out bi trans man raising a 6-year-old daughter and an infant, had thought about running but opted against it.

As of Friday's filing deadline there were seven newcomers in the running. Matt Haney, Victoria Lo, Beverly Ho-A-Yun Popek, Paul Robertson, Sam Rodriguez, Gladys Soto and Shamann Walton had all entered the race.

Joseph Kelly Jr. and Chris Miller had expressed interest but had yet to file their paperwork to seek a school board seat by the B.A.R.'s deadline.