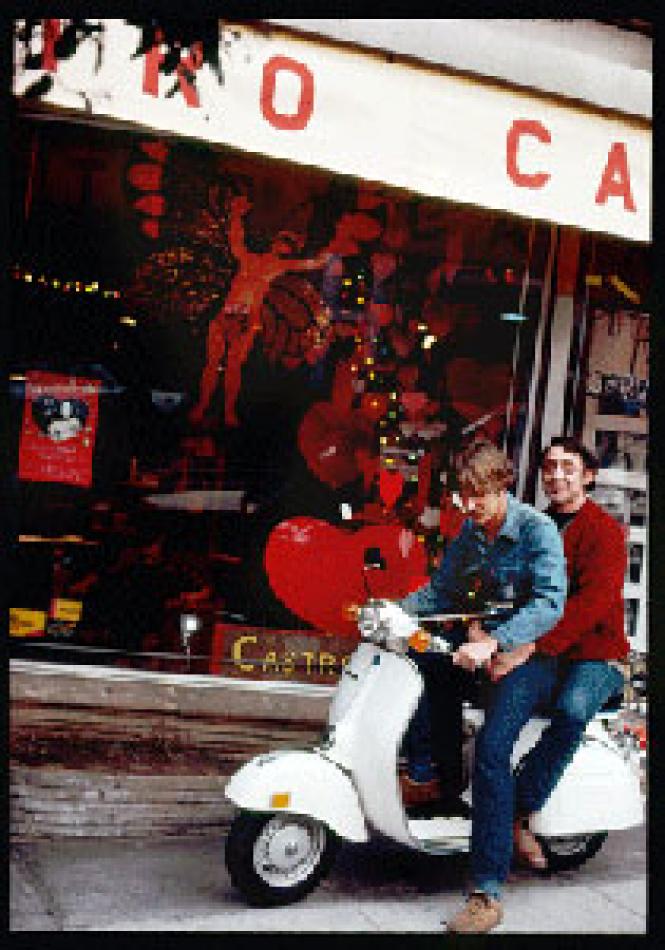 The Human Rights Campaign's decision to move its Castro store into the former camera shop of the late Supervisor Harvey Milk has infuriated friends of the gay political leader and the screenwriter of an Oscar-winning movie about his life.

The national LGBT rights organization announced Monday, December 6 that it had signed a lease for the vacant storefront at 575 Castro Street. It will be closing its current shop and action center at the corner of 19th and Castro streets January 5 and plans to open the new location January 7.

An official opening party is planned for May 22, which will be the second observance of the Harvey Milk Day state holiday. The date coincides with Milk's birthday.

According to HRC's announcement, in addition to its own branded items, it plans to sell merchandise "emblazoned with the words and images of Milk," who in 1977 became the first openly gay elected official in California as well as in a major U.S. city. A year later disgruntled former Supervisor Dan White assassinated Milk and then-Mayor George Moscone in City Hall.

HRC plans to donate a portion of the proceeds from the sale of the Milk merchandise to both the Harvey Milk Civil Rights Academy, an alternative public school in the Castro, and the GLBT Historical Society. It has yet to determine how much of a percentage of the sales will go to either group.

"It is Harvey Milk's vision of hope that continues to inspire the work that we do at the Human Rights Campaign," HRC President Joe Solmonese stated in the release. "We are the beneficiaries of his groundbreaking activism and are honored to be a part of the future that he envisioned."

HRC opened its Castro store five years ago and the lease for its current space is up in February. It did not intend to move, said a spokesman, but when the Milk store space became available in March it decided to seek the location, which at 900 square feet, is the the same size as the current store.

While Dan Nicoletta, a photographer who befriended Milk, said he feels HRC's being in the historic retail location is "an awkward fit," he does not see a need to "police" who control's Milk's legacy.

"Even though lots of people who were/are the antithesis of what Milk stood for continue to brazenly co-opt his name on a regular basis, the 2010 truth of the matter is that Harvey's legacy is everybody's now," wrote Nicoletta in an e-mailed response. "I hope that this new HRC location will truly be an action center as the press release states and not simply a cottage industry. The countless visitors to San Francisco's LGBT mecca need something more than a T-shirt or a coffee mug to take home to their respective struggles, hopefully HRC will do its part to honor the legacy which it seeks to represent in this instance and provide that."

But in interviews with the Bay Area Reporter, Milk confidante Cleve Jones and his former speechwriter Frank Robinson, as well as screenwriter Dustin Lance Black, who won an Academy Award for his biopic about Milk, lambasted HRC for using Milk's legacy for its own financial gain.

"To start selling Harvey Milk coffee mugs, Milk condoms, whatever merchandise ... for God's sake no. It is a cheapening of Harvey's image," said Robinson, who lives nearby the store. "Harvey essentially gave his life for the gay community and for anybody to go in there and make money off of his image by selling cheap trinkets, I am sorry that is a no-no in my opinion."

Jones said that anyone who knew Milk and what he stood for would never equate his brand of progressive, grassroots political activism with the Human Rights Campaign, long criticized as being more interested with having access to Democratic political leaders than pushing for LGBT rights.

"Most San Franciscans are well aware of the fact HRC represents the antitheses of Harvey's own political philosophies and his strategies for organizing," said Jones, who recently moved back to the Castro. "What it comes down to really is foot traffic. HRC's got their little T-shirt shop up there on 19th Street and everyday they see the pilgrims coming from all over the world to see the store where Harvey worked and they want a piece of that. I am truly sickened by this."

He is appealing to HRC to reconsider moving into the storefront, where some of Milk's ashes are buried in the sidewalk out front and where the annual Milk/Moscone Memorial Candlelight March ends most years on the anniversary of their deaths. HRC officials said the mural inside the store will remain.

"That camera store, I spent so much time there in my youth. It was a place for networking and activism. It was a place where young people arriving in San Francisco could find welcoming smiles and practical support," said Jones. "If they wanted to do something with that space to truly honor Harvey's memory, I think they should collaborate with LYRIC and local service providers to do some sort of drop-in for the kids."

Black, who spent years researching Milk's life and interviewing his friends and colleagues as he worked on the script for Milk, told the B.A.R. he is "heartbroken" and "furious" about the news.

"The reason why I was so inspired by Harvey's story seven years ago when I started researching it was his political philosophy was far more proud and progressive than anything I found with HRC," said Black. "I grew up with HRC; I didn't find it inspiring or effective. It seemed to embrace straight allies over gay people and was satisfied with crumbs of equality and seemed visionless."

He added that to now see "the very organization I thought we needed to get away from buying their way into Harvey Milk's legacy is a slap in the face."

The announcement, said Black, has caused him to reverse his policy of not publicly attacking HRC and to openly call for Solmonese's resignation. The two have not spoken, he said, since they publicly sparred during a panel at this year's Sundance Film Festival about whether young people are effective activists.

"We have got to figure out how to use this to create some sort of positive change. If we can't kick HRC out of Harvey's camera store then we need to change HRC so it is an organization we are proud to have in there. That is going to take a lot of change in leadership at the very top. I have never said that before, but now, it is clearer than ever," said Black. "HRC is not the gay and lesbian activist organization we need to win right now. Joe Solmonese is clearly no Harvey Milk."

The San Francisco chapter of the gay Log Cabin Republican group also criticized HRC's plans for the retail space, saying in a statement that if HRC "took a page from Harvey's book rather than relying on empty promises from elected officials that rarely materialize, then we would be much closer to full equality than we currently are."

HRC spokesman Fred Sainz told the B.A.R. that the group's store relocating into Milk's shop is no different than the other retailers that leased the space. Most recently a high-end gift store had occupied it, and before that, it was home for many years to a store that sold bath and body products.

He added that the lobbying group intends to be respectful of Milk's memory. He also acknowledged that HRC should have contacted Cleve and other acquaintances of Milk's prior to the public announcement about leasing the space.

"There is no person in the world I respect more than Cleve Jones. We will just have to work harder to make sure he understands we are in fact going to honor Harvey's legacy," said Sainz, who said he tried to reach Jones and Black through the Courage Campaign. "Any good idea is always on the table with us. I think that we are more than happy to call Cleve and talk to him."

District 8 Supervisor-elect Scott Wiener, a former HRC national board member, said he had advised the organization that he thought it was "a terrific idea" for it to take over the lease.

"The fact that the largest LGBT civil rights organization in the country will have a location in Harvey Milk's camera shop is something I strongly support," said Wiener. "It is a far better use than any other retail uses that I can think that could go in there."

While Wiener said that he understands and respects that "there are diverse opinions about HRC and about the store," he believes "that having an LGBT civil rights organization occupying Harvey Milk's camera store is very positive for the community."

Paul Boneberg, executive director of the historical society, said the archival group has yet to sign a deal with HRC in order to receive proceeds from the sale of Milk items. He said the conversations, so far, "have been very positive," and he saw no reason why HRC should not occupy the site.

"I certainly think having a nonprofit in there rather than a retail space is a good thing. I am glad they are offering financial support to the museum," he said.

Openly gay state Senator Mark Leno (D-San Francisco), who previously served as the District 8 supervisor, said he couldn't recall another business's decision to move into the space causing as much controversy. He advised HRC to listen to the feedback it is receiving about its plans.

"The landlord certainly has a right to rent it to any legal business. I think it would be wise actually for HRC to be sensitive to voices in the community," said Leno.