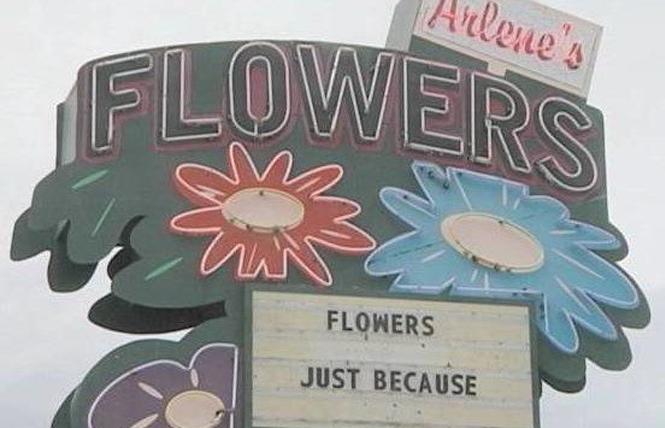 The Washington Supreme Court will reconsider the Arlene's Flowers case.

The U.S. Supreme Court Monday vacated a Washington Supreme Court decision that said a florist violated state law when she refused to sell flowers to a same-sex couple for their wedding, claiming that she was exercising her religious beliefs. In doing so, it sent the case back to the state Supreme Court for "further reconsideration in light of" the Supreme Court's June 4 decision in Masterpiece Cakeshop v. Colorado.

The Alliance Defending Freedom, which represented the florist in the Arlene's Flowers case, portrayed the announcement as a step forward for its client. And Lambda Legal Defense and Education Fund expressed frustration at the court's unwillingness to decide the big issue looming in this case and others: Can a business person claim a First Amendment right to free exercise of religion to justify violating a state law prohibiting discrimination based on sexual orientation in public accommodations?

"Today's decision is immensely frustrating and disappointing," said Jenny Pizer of Lambda Legal. "The Supreme Court should simply have reaffirmed long-standing constitutional principles that freedom of religion is not a license to discriminate. Laws requiring businesses to be open to all do not conflict with the Constitution. It is past time to put to rest these proliferating attempts to undermine the civil rights of LGBT people in the name of religion."

Ria Tabacco Mar, an ACLU attorney on the Masterpiece case, said the Arlene's Flowers' case is "virtually identical" to Masterpiece, with one exception. There has been no claim that Washington state officials exhibited any hostility toward the businessperson's expressed religious beliefs against LGBT people. That was one feature of the Masterpiece case that prompted the U.S. Supreme Court to vacate a Colorado state decision against a baker who refused service to a same-sex couple. The U.S. Supreme Court did not address the legal issue of whether a First Amendment claim could outweigh an anti-discrimination law.

In its February 2017 decision in Washington v. Arlene's Flowers, the Washington Supreme Court ruled that anti-discrimination laws serve a "broader societal purpose: eradicating barriers to the equal treatment of all citizens in the commercial marketplace."

"Were we to carve out a patchwork of exceptions for ostensibly justified discrimination, that purpose would be fatally undermined," said the state Supreme Court. The decision was unanimous.

"The important point for LGBT people is that the law continues to protect them" in Washington state, said Minter, "and even businesses owned by people who would like to deny them certain services based on the owner's religious beliefs must comply with anti-discrimination laws."

In the Arlene's Flowers case, two gay men decided to get married in Washington state in 2013 and approached their regular florist to provide decorations. But Arlene's Flowers balked at their request, saying it was due to the owner's religious views. Washington state law prohibits discrimination based on sexual orientation in public accommodations, and the state courts ruled that the business owner in this case was, despite their religious claims, violating that law.

In the Masterpiece decision issued June 4, a 7-2 majority of the U.S. Supreme Court ruled only that the record in a case from Colorado showed there had been significant hostility shown by the state civil rights commission for a businessman's religious views against marriage for same-sex couples. The case involved baker Jack Phillips, who refused to sell a cake to a same-sex couple for their wedding reception, claiming his religious beliefs prevented him from doing so.

The high court set aside the lower court ruling against Phillips in Masterpiece and said the greater issues in the case - concerning religious beliefs and civil rights laws protecting LGBT people - would have to be "resolved in the future ...."