High court preview: 'The stakes could not be higher' 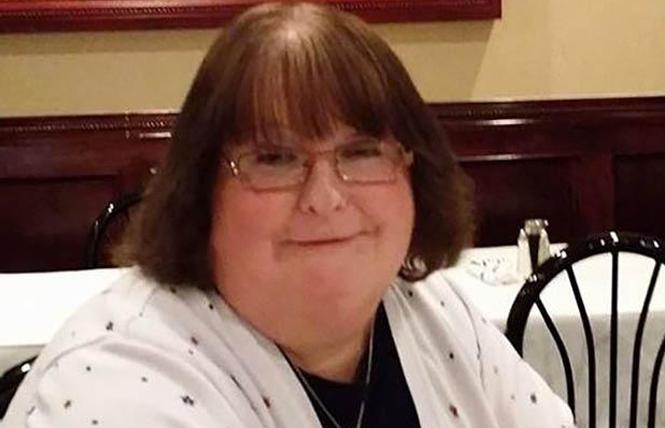 Here's the blunt reality from LGBT legal observers: The U.S. Supreme Court's rulings on three cases it will hear arguments about Tuesday, October 8, could have the most profound consequences yet for LGBT people.

The three cases ask whether an existing federal law that prohibits discrimination in employment "because of sex" applies where discrimination is motivated by an employee's sexual orientation or transgender status.

The existing law in question is Title VII of the Civil Rights Act of 1964. That law states: "It shall be an unlawful employment practice for an employer [of 15 or more people] to ... discriminate against any individual ... because of such individual's race, color, religion, sex, or national origin. ..."

Attorneys for the other side, who are supported by the Trump administration, say Congress did not intend to include sexual orientation and gender identity under "because of ... sex," and sex discrimination is when "members of one sex are exposed to disadvantageous terms ... to which members of the other sex are not exposed."

Both sides believe an explicit reading of the law favors them.

"If the court reads the Title VII statute properly — and simply applies the literal words on the page — we will win," said Jennifer Pizer, senior counsel at Lambda Legal Defense and Education Fund, which has submitted friend-of-the-court briefs on behalf of the gay and transgender employees in the three cases. "Having the Supreme Court confirm that understanding ... will have enormous, powerful deterrent and remedial effects."

And because similar language is used in federal laws covering housing, education, credit, and health care, said Pizer, a win in these Title VII cases "will be tremendous precedents for future litigation in those areas."

Or, as Jon Davidson, chief counsel at Freedom for All Americans, said, "The stakes for our community could not be higher."

Davidson, former national legal director for Lambda Legal, characterized the three cases before the court as "the most consequential cases for LGBTQ people since the Supreme Court ruled in favor of marriage equality and the most important cases about transgender people ever heard by the high court."

The Alliance Defending Freedom, a group that has spearheaded numerous lawsuits to diminish equal protection for LGBT people, has been sending out e-mails telling its supporters that the decisions will have enormous consequences, too. ADF says that, if the court allows "sex" to include "gender identity," the result could "undermine equal opportunities for women and girls" in athletics, force women's shelters to accept men, and force schools to "open locker rooms, restrooms, and showers to men who claim a female identity."

Many Supreme Court observers expect the trio of Title VII cases to be the most watched cases of the 2019-20 term, which begins Monday, October 7.

The arguments will begin at 7 a.m. Pacific Time October 8, at the U.S. Supreme Court. The first hour will be spent on two cases involving sexual orientation discrimination; the second hour will be spent on transgender discrimination. People who live in the Washington, D.C., area can spend many hours waiting in line and maybe get into the court chambers to see and hear a few minutes (seats reserved for visitors are rotated). The proceedings are not televised, so the next best bet is to read a transcript of the arguments, which will be made available at www.supremecourt.gov later in the day. Audio recordings are available at the same site later in the week. 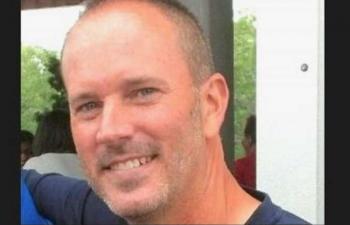 Gerald Bostock was fired from his job after joining a gay softball team. Photo: Courtesy Facebook

The cases
Two of the cases ask whether Title VII covers sexual orientation discrimination. They are Altitude Express v. Zarda, from New York and the 2nd U.S. Circuit Court of Appeals; and Bostock v. Clayton County, from Georgia and the 11th Circuit. Arguments in these two cases have been consolidated.

The Zarda lawsuit began in 2010, when a Long Island skydiving company called Altitude Express fired one of its instructors, Daniel Zarda. The company said it terminated Zarda over a customer service problem; Zarda said it fired him because he disclosed to a jumper that he was gay. Zarda filed a lawsuit and, though he died in a skydiving accident in 2014, his estate carried on the litigation with the help of Lambda Legal. It won at the 2nd Circuit, but the employer has appealed to the Supreme Court.

The Bostock lawsuit began in 2013 when the Clayton County Juvenile System in Georgia fired a longtime employee, Gerald Bostock, after he openly acknowledged joining a gay softball team. The county said it fired him for "conduct unbecoming a county employee;" Bostock said it fired him because he is gay. The 11th Circuit dismissed his lawsuit, noting it had previously ruled sexual orientation is not covered under Title VII. Bostock appealed to the Supreme Court.

The third case, which will be argued in the second hour, involves discrimination based on transgender status.

The prospects for victory or defeat
To win a case at the Supreme Court, one must have the support of at least five justices. In the past, LGBT people could pretty much rely on getting that majority from the court's four generally liberal members (Justices Ruth Bader Ginsburg, Stephen Breyer, Sonia Sotomayor, and Elena Kagan) and the moderate Justice Anthony Kennedy. Kennedy, in fact, became legendary for providing the critical fifth vote on marriage equality and striking down a key provision of the Defense of Marriage Act. He also led 6-3 majorities in striking down sodomy laws and laws seeking to gut non-discrimination ordinances.

But Kennedy retired last year and, with the death of Justice Antonin Scalia in 2016, the new court has a solid five-person majority of very conservative justices. The new justices include Brett Kavanaugh, whose answers around LGBT issues during his confirmation hearing were alarmingly evasive to LGBT activists. The other new justice is Neil Gorsuch, who wrote an article criticizing "liberals" for filing lawsuits on "everything from gay marriage to assisted suicide" to achieve their "social agenda."

Hence, observers noted, the prospects for victory have diminished in the past year.

One thing leaning in favor of the LGBT parties in these cases is precedent — previous Supreme Court rulings — in two cases.

In one case, decided in 1989, the Supreme Court ruled that discrimination based on sex included discrimination based on gender-based stereotypes. The case was Price Waterhouse v. Hopkins, in which a female employee at the accounting giant Price Waterhouse was rejected for partnership because some top officials at the firm considered her too masculine. The Supreme Court plurality said the employer's refusal to promote the woman was "motivated by stereotypical notions about women's proper deportment" and that it constituted a violation of Title VII unless the employer could prove "by clear and convincing evidence" that it would have refused the promotion regardless of the employee's gender.

The caveat is that while lower courts must abide by U.S. Supreme Court precedent, the high court itself does not. The court has famously reversed precedent in cases involving segregation, interracial marriage, and corporate financing in elections. Most relevant here, of course, is that the Supreme Court, in 2003's Lawrence v. Texas, reversed its 1986 ruling in Bowers v. Hardwick, which had upheld state bans on same-sex sexual relations.

Complications and consequences abound
Relatively speaking, the Supreme Court moves slowly and prefers to leave the driving to Congress. It took 17 years for the court to acknowledge that Hardwick was "not correct" and strike down sodomy laws with Lawrence. It took 17 years for the court to strike down DOMA after it was enacted. And it took 43 years for the high court to rectify its dismissal of an appeal of a marriage equality case in 1972 by striking down state bans on same-sex marriage in 2015.

But while this slow-moving judiciary seemed to complete a full turn toward LGBT equality in 2015's decision on same-sex marriage in Obergefell v. Hodges, a headwind seemed to develop last year with the Masterpiece Cakeshop decision. The majority sent the case back to Colorado, saying the state's human rights commission had expressed "hostility" toward the religious beliefs expressed by a baker who refused to make a wedding cake for a gay couple. Some LGBT activists felt that gave "dangerous encouragement" to business owners who might want to circumvent laws prohibiting sexual orientation discrimination simply by claiming religious motivation. Similar cases have since multiplied and will, no doubt, be before the Supreme Court soon.

"If we win," explained Davidson, "all LGBTQ people will be protected no matter where they live."

A victory would "also be [a] resounding confirmatory statement that anti-LGBTQ discrimination is wrong," said Pizer.

"It's impossible to overstate the ameliorative influence of such statements," she said. "Witness the profound changes in social attitudes post-marriage equality. ..."

But there's an equally enormous consequence and message if the LGBT community loses.

"If we lose either the sexual orientation cases or the gender identity/transgender status case," said Pizer, "the consequences will be intensely dire in multiple ways. There will be a message that it's perfectly legal to fire or refuse to hire [or] otherwise to abuse LGBTQ people at work."